Dharamshala: The President of the Central Tibetan Administration Dr Lobsang Sangay congratulated Bhutila Karpoche on her stunning victory in the election for Legislative Assembly of Ontario, making her the first Tibetan to hold public office in North America. Candidate of the New Democrat Party (NDP) for Parkdale-High Park, she won the election with a commanding lead. The Ontario government (where conservative won) hosts the largest Tibetan community (Toronto) in Canada.

“We congratulate Bhutila Karpoche and wish her success. As a Tibetan it is a moment of great pride for all of us and hope that we will see more of such persons of Tibetan origin holding public offices in their respective countries. This is also a part of the vision of the Central Tibetan Administration.”

Prior to the election, Bhutila had worked for Cheri DiNovo, who was the MPP for Parkdale-High Park for 11 years, in her constituency office, and more recently as her executive assistant. She had also served on the Board of Directors of the Canadian Tibetan Association of Ontario and on the steering committee of the International Tibet Network. 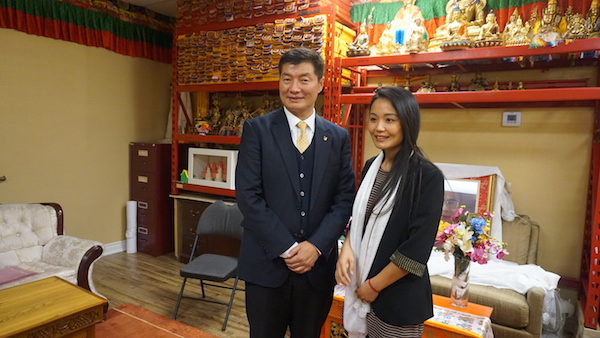