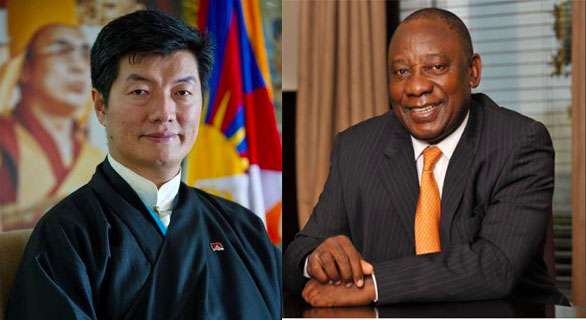 “I extend my heartiest congratulations to Cyril Ramaphosa as he takes over the office and wish him the very best,” Dr Lobsang Sangay said in his message.

Reminiscing his Harvard days when Dr Sangay had the opportunity to listen to the new President where he spoke of South Africa as a nation which has one of the most progressive constitutions that ensures equality and freedom.

Cyril Ramaphosa was a close ally of the late President Nelson Mandela and has been prominent in voicing against corruption.

Dr Sangay who recently returned from his maiden visit to South Africa spoke of this official visit as “inspirational” and expressed that “if South Africa could achieve success, so can Tibet, without violence.”