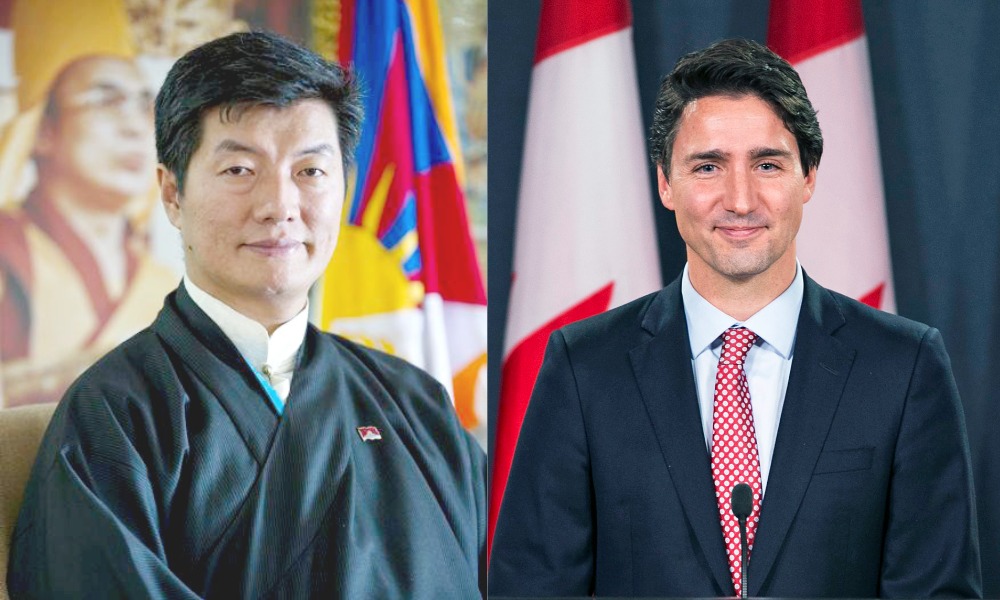 Dharamshala: President Dr Lobsang Sangay today congratulated Canada’s Justin Trudeau on his re-election as the country’s Prime Minister following the electoral victory of his party, the Liberals in the just-concluded Canadian general elections.

“I, on behalf of the Central Tibetan Administration, heartily congratulate you on your re-election as the Prime Minister of Canada and the electoral victory of the Liberal Party in the 43rd federal election of Canada,” President Dr Sangay said.

President Sangay remembered the kindness and leadership of Canada’s 15th Prime Minister, Hon Pierre Trudeau, father of Justin Trudeau in the rehabilitation of Tibetan refugees in Canada from the early 1970s onwards.

“Carrying this tradition forward,” he said, “today under your leadership, Canada hosts the 3rd largest Tibetan refugee community outside India. Furthermore, the people and government of Canada stand steadfast in their support for the six decade-long Tibetan freedom struggle, Tibet’s pursuit of a meaningful genuine autonomy within China and a substantive dialogue with the Chinese government based on the Middle Way Approach.”

While acknowledging the Prime Minister’s support for the Middle Way Approach, President Sangay also acknowledged the leadership of ‘The Parliamentary Friends of Tibet’ in raising the issues related to Tibet.

The CTA President further congratulated all the members of the Parliamentary Friends of Tibet who won the elections from their respective constituencies and expressed sincere gratitude for their commitment to the just cause of Tibet.

“On this occasion, I would also like to recognise the tireless efforts and leadership of our Parliamentary Friends of Tibet in their steadfast advocacy for the Middle Way Approach and the issues related to Tibet.”

Chair of Parliamentary Friends of Tibet Mr Arif Virani who supported the funding of $5 million to CTA won the election from Parkdale-High Park–a riding that has the largest number of Tibetans in Canada.

“I heartily congratulate each one of you on winning the elections,” the President concluded.