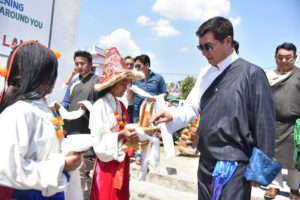 President Sangay addressed the gathering and spoke about the importance of maintaining an upright monastic vow between Lama (spiritual mentor) and his disciples while committing to uphold the religious vows to ensure the long life of His Holiness the Dalai Lama.

He further alerted and cautioned the gathering against disruptive elements that brings conflict and disharmony in the community and urged them to build amicable relations among all members of the Tibetan community.

“If Tibetans indulge in unnecessary internal bickering and mislead each other, it will be detrimental to Tibetan unity and moreover the well being of His Holiness the Dalai Lama,” said President Sangay. 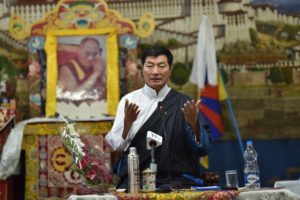 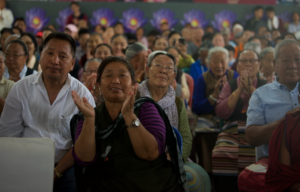 President mentioned about the upcoming second Five-Fifty Youth Forum organised by CTA and called for maximum participation in the Forum. Emphasising on the importance of preserving Tibetan language and culture, President Sangay urged the Tibetan Parents to set a good example for their children and indulge them in learning Tibetan from Tibetan Institutes set up for that purpose.

Lastly, he urged the Tibetans to continue praying for His Holiness the Dalai Lama’s long life so that His Holiness continues to serve humanity. 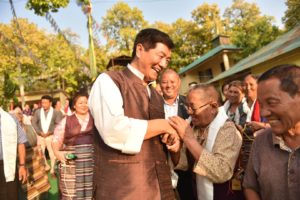 Later that day, the President addressed the people of Tsering Dhonden Tibetan settlement. The community discussion was attended by Director of Ngoenga School ( school for Tibetan children with special needs), members of Tibetan Women and Youth Associations.

He notified the gathering about improvement in His Holiness the Dalai Lama’s health and meanwhile recommended them to reduce private audience with His Holiness and ensure that he gets enough rest.

“Tibetans inside Tibet don’t even get to have a glimpse of His Holiness, therefore, they send their prayers from afar. We in India are fortunate to have that opportunity” affirmed President Sangay and once again he emphasised on reducing schedules for His Holiness the Dalai Lama.

The final day of CTA President Dr Lobsang Sangay’s official visit to the Tibetan settlements in Dehradun was thus concluded successfully with much appreciation and gratitude by the Tibetans residing in the region. 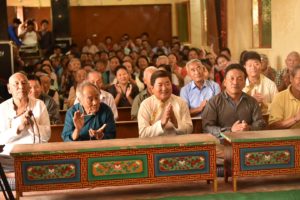 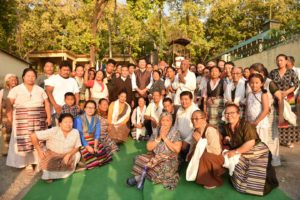