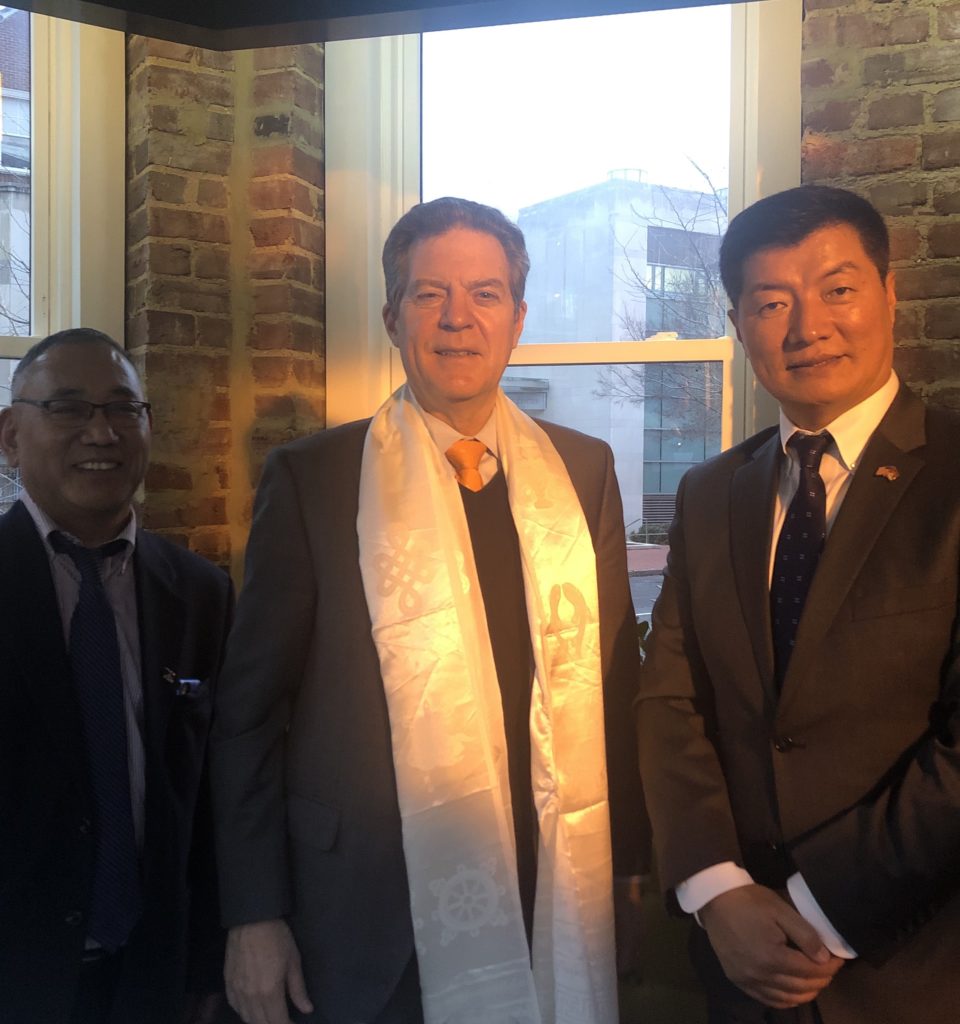 Washington DC: President of the Central Tibetan Administration Dr. Lobsang Sangay arrived in Washington DC for a series of imperative meetings this week. Representative Ngodup Tsering, Secretary Tashi Dhondup, and Kelsang Dolma were at the airport to greet Sikyong and Sonam Wangdak. Dr. Sangay’s goal is to meet as many important members at the Senate, House of Representatives, State Department, and various NGOs.Dr. Sangay’s first meeting was with Pema Tulotsang, a member of the National Endowment for Democracy. The two discussed ways to which the visions of the Central Tibetan Administration could be elevated through future events and collaboration with the NGO.