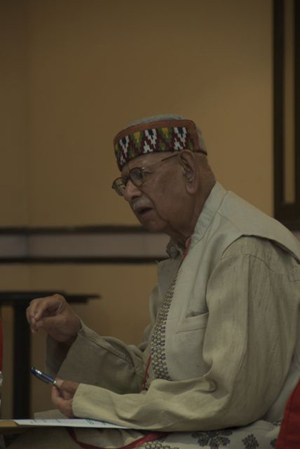 DHARAMSHALA: The Central Tibetan Administration today expressed its deepest condolences at the passing away of Shri. Kul Bhushan Bakshi, an ardent Tibet supporter who passed away this morning at his hometown, Meerut. He was 85.

In a letter addressed to his wife Mrs. Sunder Bakshi, the Kashag Secretariat wrote, “ We are deeply saddened by the passing away of Shri. Kul Bhushan Bakshi. We have lost a dear friend and an ardent supporter of the Tibetan people.”

“The Kashag of the Central Tibetan Administration, hereby, offer its heartfelt condolence to you and your family. We also pray for his soul to rest in peace,” it said.

Shri. Kul Bhushan Bakshi was an active National Co-Convener of the Core Group for Tibetan cause. He served as the President of Antarashtriya Bharat Tibbat Sahyog Samiti till his last day.

Shri Bakshi Ji celebrated his 85th Birthday on 24 June this year. He is survived by his wife Mrs. Sundar Bakshi, one son and two daughters.