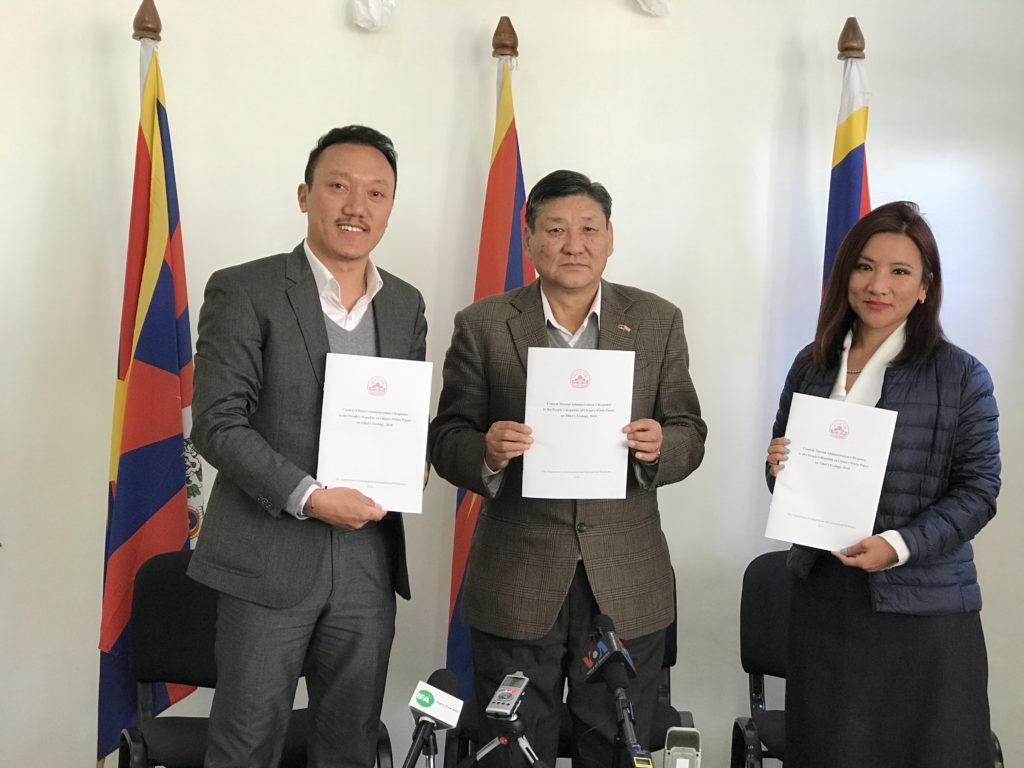 “Environmental concerns are apolitical and universal in impact. The ecological health of the Tibetan Plateau which also functions as the roof of the world is vital for the well-being and sustainability of the entire world including China,” said Secretary Sonam Norbu.

Head of the Environment research desk of Tibet Policy Institute, Tempa Gyaltsen called out China on its failure to mitigate the alarming climatic conditions in Tibet and for further aggravating the environmental crises by increasing scale of resource extraction and dam construction across Tibet.

While he welcomed China’s past initiatives in environmental protection, including the introduction of the 2015 new Environment Protection Law, Researcher Tempa Gyaltsen said the recent policies pursued by the Chinese leadership are not reflected in the ground practices and implementation.

Further, he cited the increase in the building of mega dams, expansion of resource extractions, and suppression of peaceful environment-related protests as a sharp contradiction to the environmental law of 2015. “Cases of such contradictions and insincerity are numerous,” he said.

“Since their occupation of Tibet, the Chinese authorities have imposed a destructive and irresponsible mode of development that ignores the actual social, environmental and economic needs of the Tibetan people. Their declaration of mining and tourism as pillar industries across Tibet clearly contradicts the claim of following a “sustainable path compatible with the harmonious co-existence of economy, society and ecological environment,” the official response said.

In order to effectively tackle the environmental issues in Tibet, CTA urged the Chinese government to put into practice the following recommendations:

1. Chinese government must respect and protect the rights of the Tibetan people’s cultural beliefs in the sanctity of the sacred mountains, lakes and rivers of the Tibetan Plateau.

3. The Chinese government must also strictly monitor and prohibit mining companies from dumping hazardous mine waste into the surrounding areas and rivers.

4. The Chinese government must also promptly address the poorly planned resettlement programs of Tibetan nomads. Having lost their traditional, self-reliant ways of life, the Chinese Government must provide the newly-resettled nomads with jobs, education, healthcare services and business opportunities to restore their dignity.

5. The Chinese government must involve the local Tibetan population in decision-making processes for any major development projects in Tibet.

Read the full text of the Official Response here.