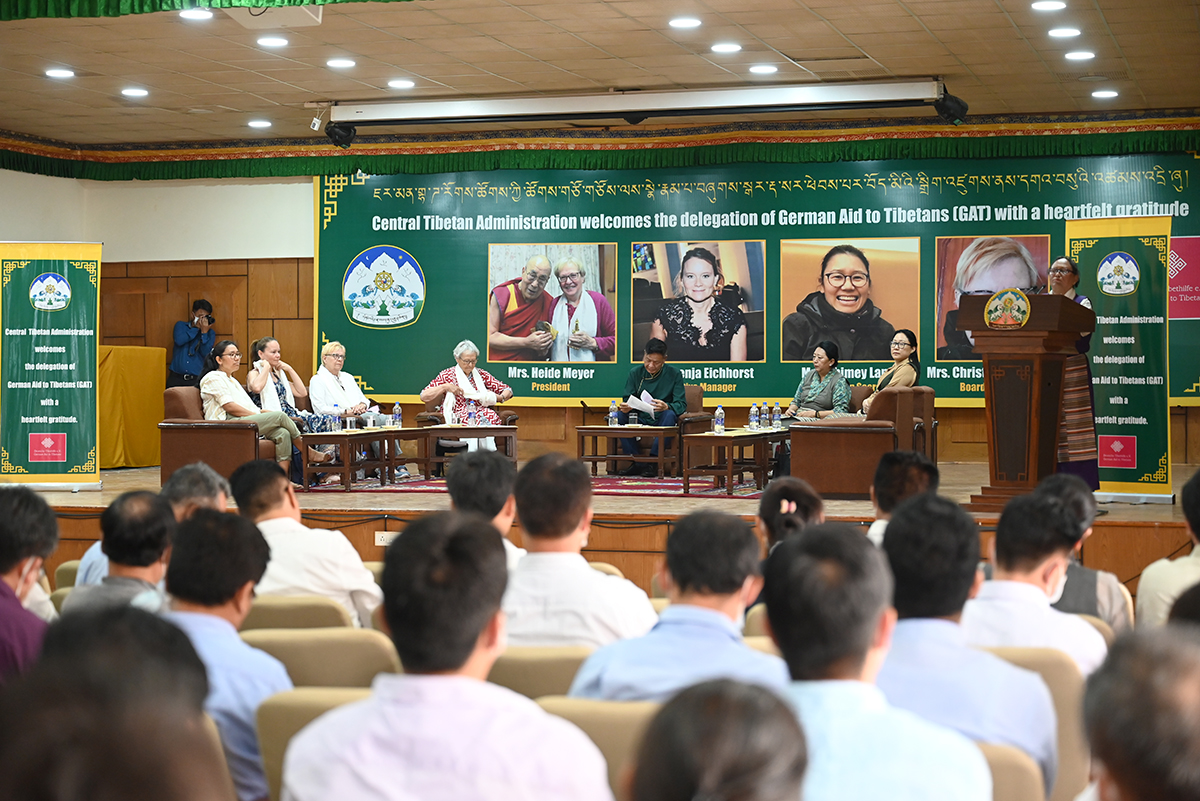 Dharamshala: The Central Tibetan Administration led by Sikyong Penpa Tsering and the Kalons extended a welcome reception for the delegation of German Aid to Tibetans (GAT) earlier this morning at Gangchen Kyishong.

A brief felicitation ceremony was held in their honour to express gratitude for their overwhelming funding support for the sustenance and welfare of Tibetan community in exile not to mention Tibetan culture, education and development projects.

Home Secretary Tsewang Dolma Shosur delivered a welcome address wherein she thanked the organisation for their esteem contributions and funding for the last 54 years enabling Tibetan community to thrive by leaps and bounds.

Expressing gratitude in a similar vein, Sikyong Penpa Tsering noted how the administration and the Tibetan community alike have significantly benefitted from the aid especially in resettlement and rehabilitation of Tibetans during the initial period of exile. Today, Tibetans are located in more than 10 different states and 2 union territories in India. Apart from the political challenges faced by the Tibetans at present, Sikyong reminded the challenges of social welfare caused by the progressive migration of Tibetan youth to western countries posing serious complications to the continuation of school and settlement systems. To overcome this persisting issue, Sikyong explained a programme of rehabilitating1999 families excluding Tibetans enrolled in institutions and located along the border regions.

“The endeavour of the 16th Cabinet wherever we go is to express gratitude to any organisation big or small that stood with us over many decades and supported our preservation of national identity,” Sikyong remarked and reminded Tibetans to exercise prudence in the usage of funds received from any organisation.

Heide Meyer, President of GAT, thanked the CTA for hosting them as she declared continued support of the GAT to Tibetans in exile and their preservation of unique culture.

“Our main concern is the education of the children and the preservation of Tibetan culture and religion. We support the TCV schools, Tibetan Home Foundation, and Sambhota schools. We will continue to see this as our most important task without forgetting the elderlies” said the President of GAT.

Following the successive addresses, Sikyong presented mementoes to the delegation as a token of gratitude for their unprecedented support.

Founded in 1968 in Hamburg, Germany, GAT has been taking care of thousands of Tibetan refugees especially the youngest and the eldest among them who were afflicted by the period of emergency. The organisation closely work with the CTA to ensure the aid provided is advantageously utilised and also probes for other requirements while making regular visits to project sites.

It is one of the major relief support agencies helping thousands of Tibetans every year. As of date, the GAT is supporting 1472 children including 34 children with special needs, 893 old-age, 370 monks and 84 nuns through their yearly financial aid of approximately 1.1-1.3 million euros. From 2009 to 2021, the GAT has provided 17.23 million euros as support funds to Tibetans. For the current year, it has provided 1.91 million euros toward various development projects in Tibetan settlements. 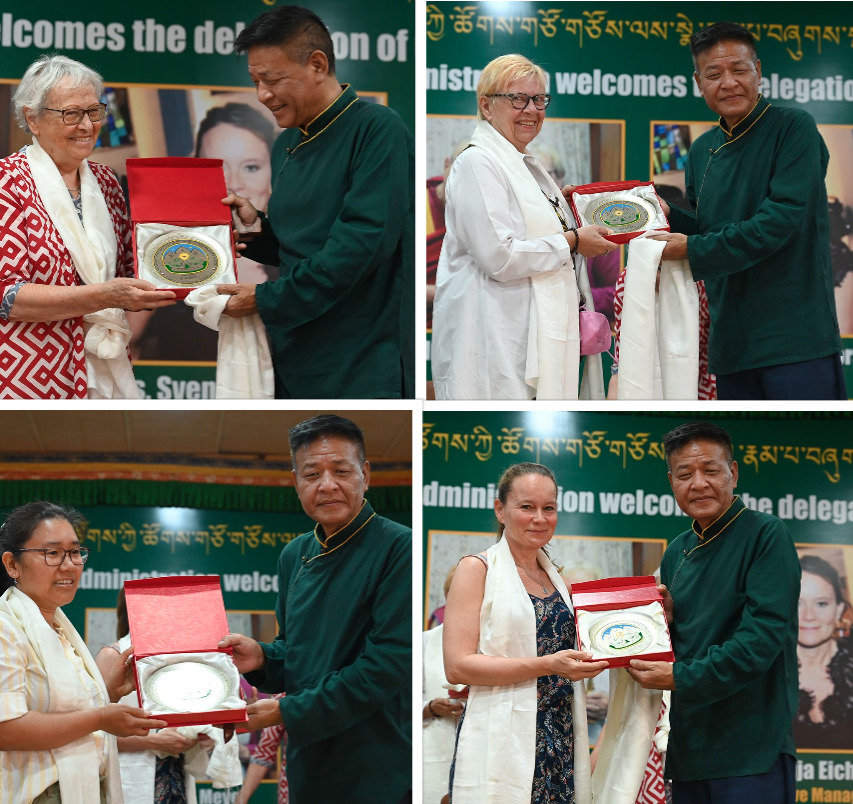 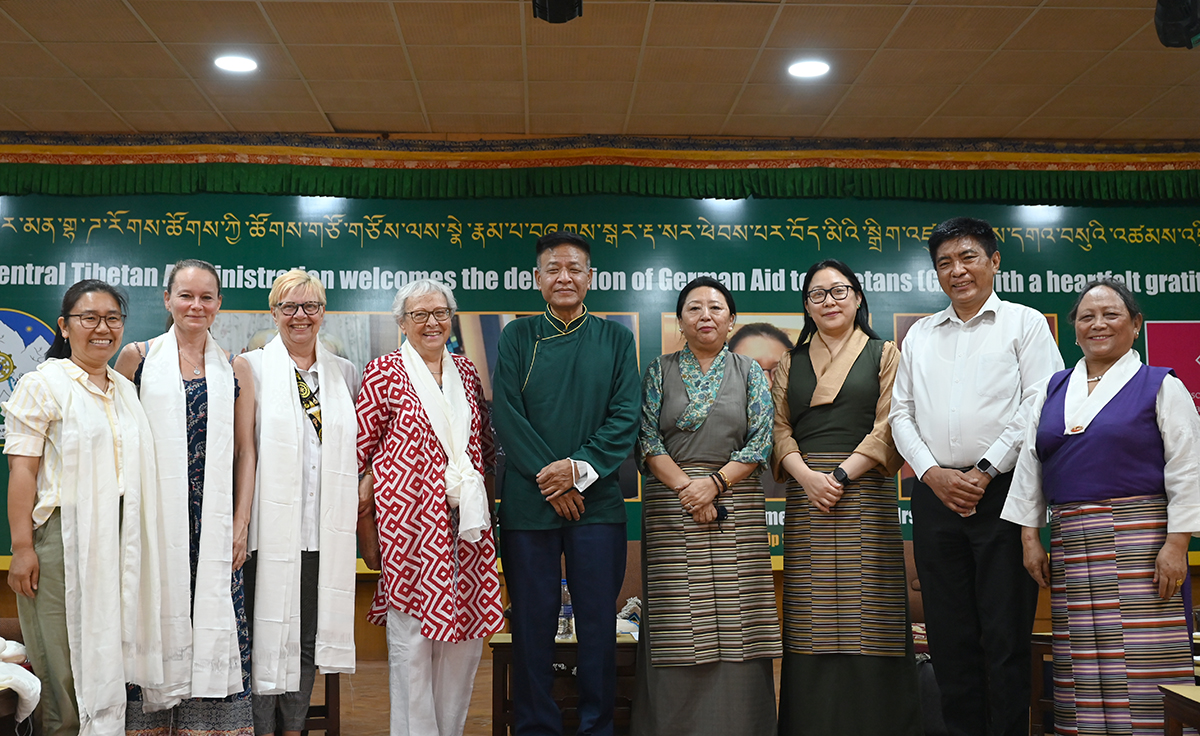 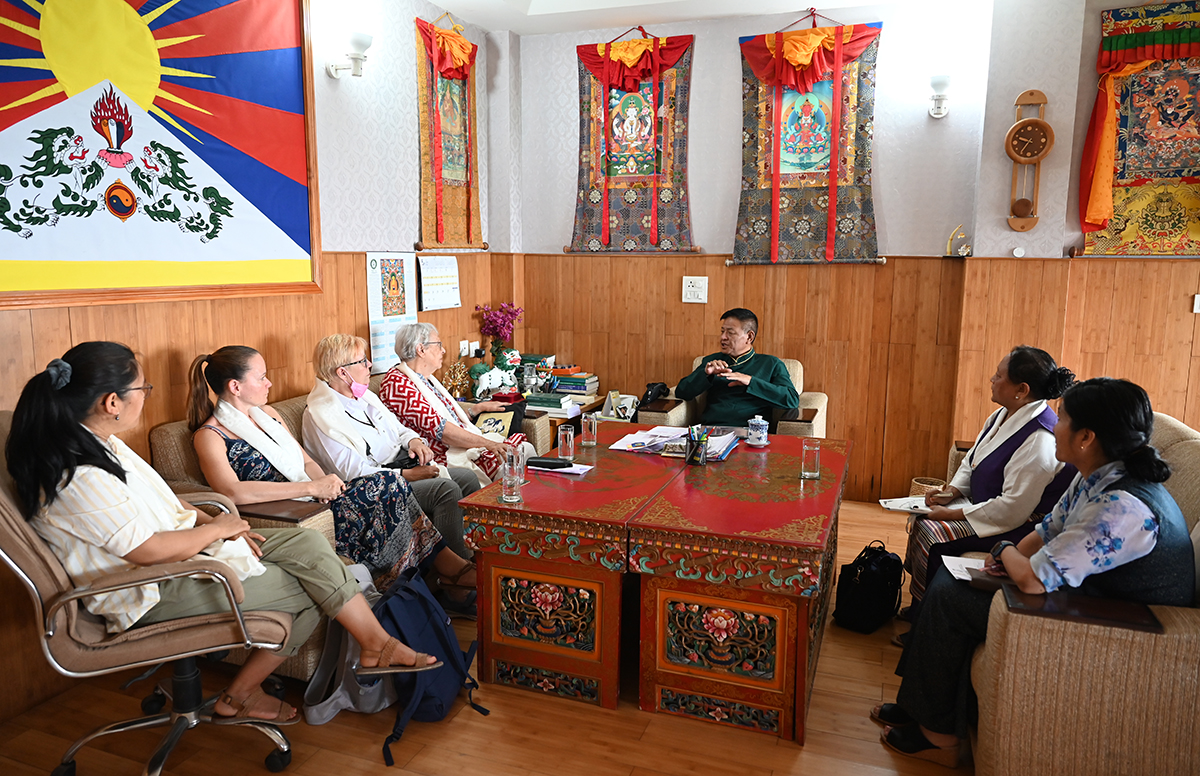 Sikyong interacting with the delegation at Kashag Secretariat. Photo/Tenzin Phende/CTA.