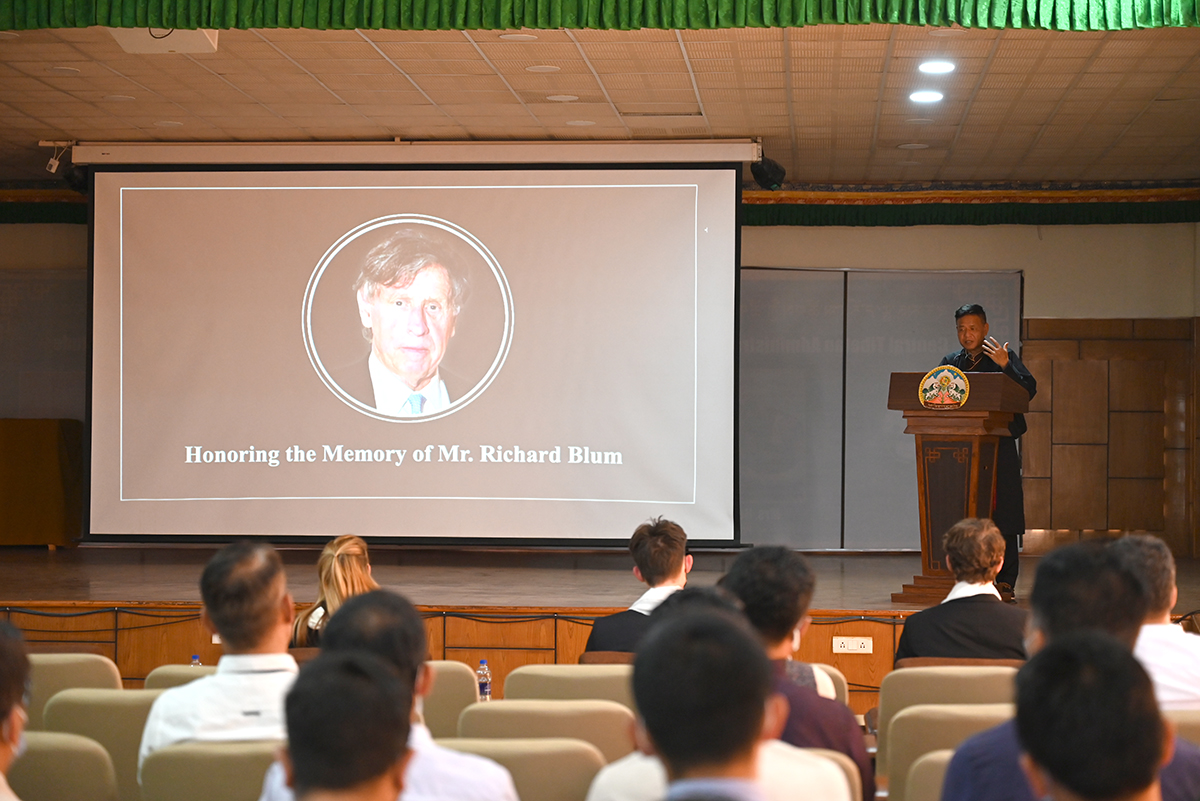 Sikyong Penpa Tsering speaking about Richard Blum at a gathering to honor his memory in the presence of Heidi Blum, daughter of Richard Blum. Photo/Tenzin Phende/CTA

Dharamshala: The Central Tibetan Administration led by Sikyong Penpa Tsering held a brief gathering at the Sikyong hall today to honor the memory of the late Richard Blum, a long time friend of His Holiness the Dalai Lama and a staunch supporter of the Tibetan people. The gathering was held in the presence of Heidi Blum, daughter of Richard Blum. It was attended by the entire staff of CTA along with Kalon Tharlam Dolma and Kalon Gyari Dolma. Richard Blum passed away on 27 February 2022. He was also the husband of Senator Diane Feinstein, one of the strongest supporters of the Tibetan people in the US Senate.

In his introductory address, Sikyong spoke about his personal interactions with Richard Blum as well as the early meetings between His Holiness the Dalai Lama and Richard Blum. He recalled Mr Blum’s compassion towards the sufferings of the Tibetan children in the settlements in the 1970s and his continued support to the Tibetan people since then. Sikyong expressed the Tibetan people’s sincere gratitude to him for his benevolence and support.

Sikyong also spoke briefly about the US-Tibet interactions beginning from William Woodville Rockhill, perhaps the first American to visit Tibet in 1889 and 1891. He further spoke about the growing support for Tibet in the US Congress since His Holiness the Dalai Lama’s first visit to the US in 1979 and the support of prominent personalities like Speaker Nancy Pelosi and Senator Diane Feinstein among others.

Sikyong also offered his fervent prayers and condolences on behalf of the Central Tibetan Administration and urged Heidi Blum to continue the legacy of her father in supporting the Tibetan people.

Heidi Blum, in her brief speech, spoke about her father’s deep commitment to the Tibetan cause. She said that she has grown up with the cause of Tibet her entire life and promised to do her best to continue the legacy of her father in supporting the preservation of Tibetan culture, religion, and language. She also spoke about the American Himalayan Foundation which was founded by Richard Blum and its commitment to work for Tibet with the help of Senator Diane Feinstein. 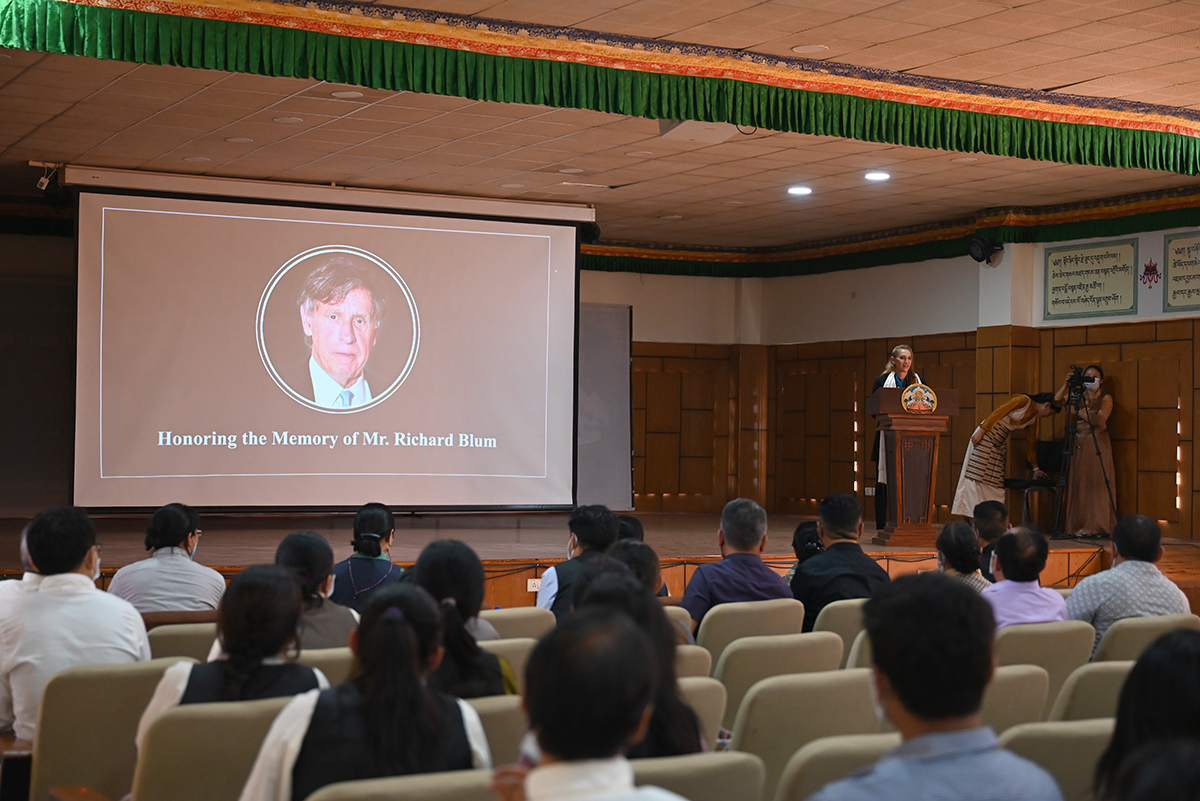 Richard Blum’s daughter Heidi Blum speaking at the memorial for her father on 12 May 2022. Photo/Tenzin Phende/CTA 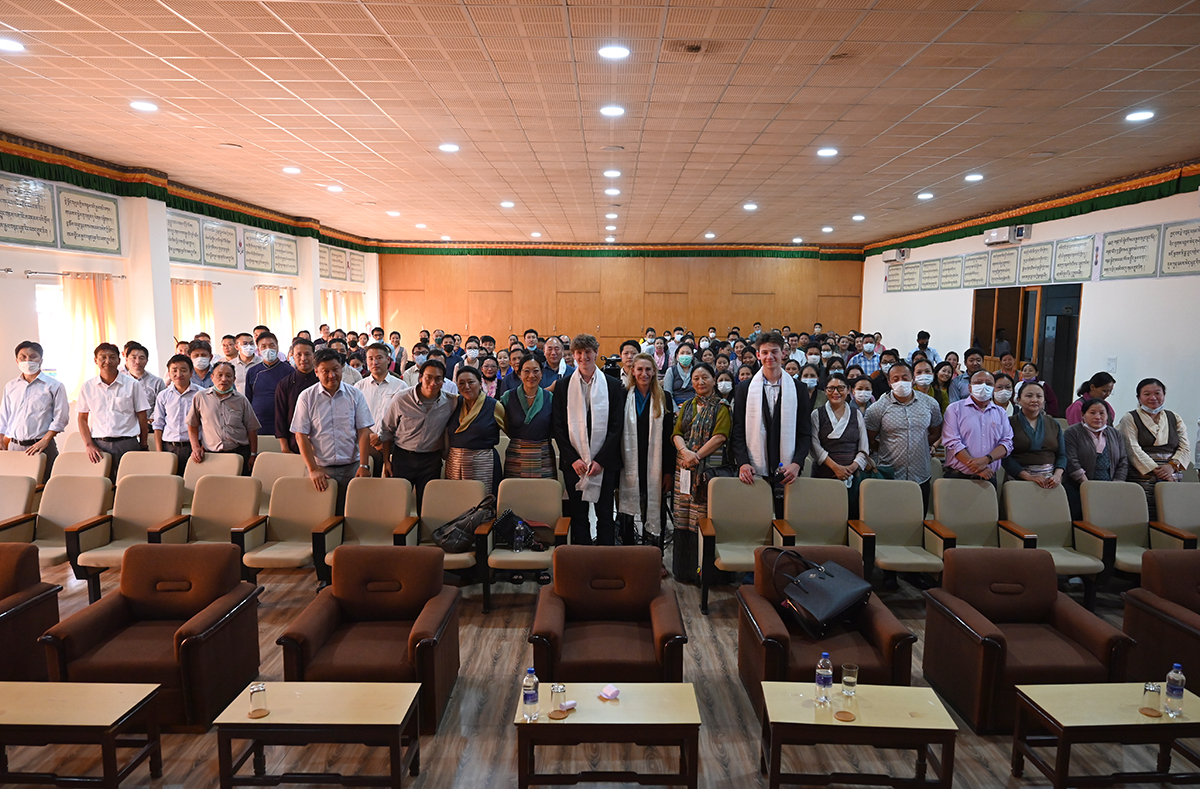 Heidi Blum and her sons with Kalon Gyari Dolma and Kalon Tharlam Dolma posing for a group photo with CTA staff in the background. Photo/Tenzin Phende/CTA 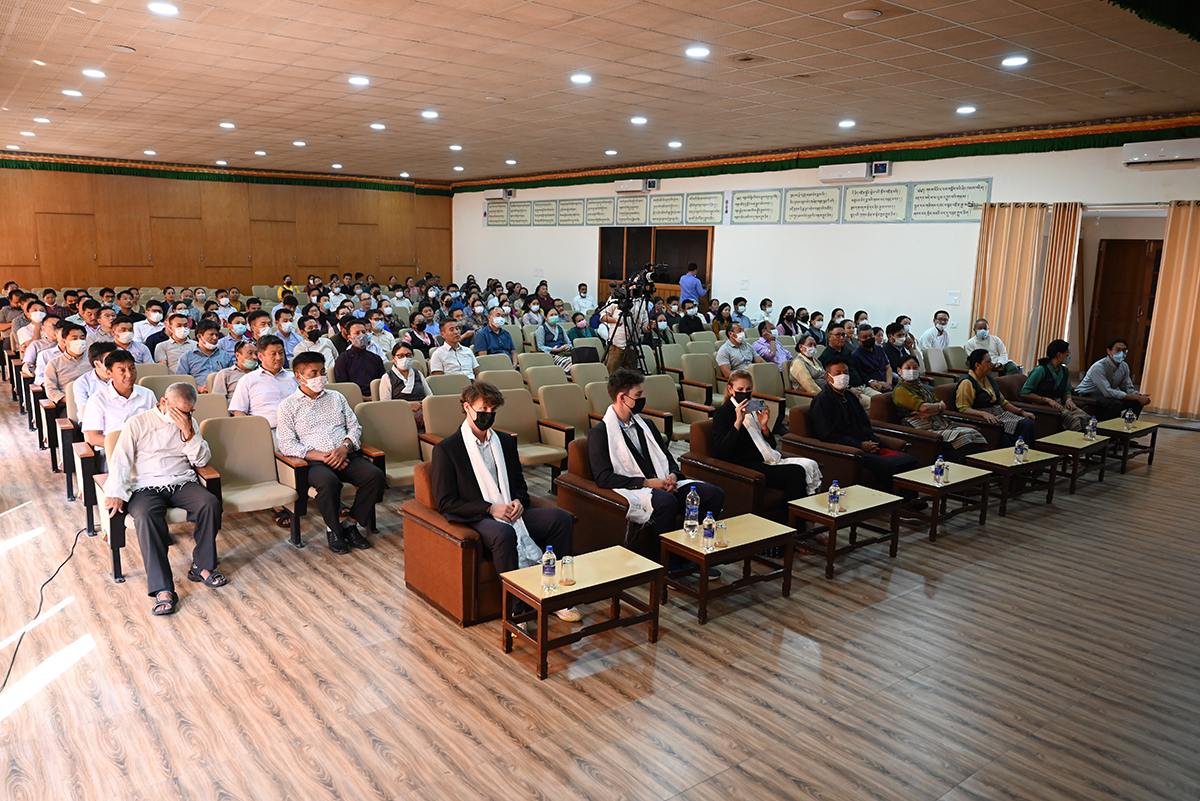 CTA staff at the gathering to honor the memory of Richard Blum. Photo/Tenzin Phende/CTA 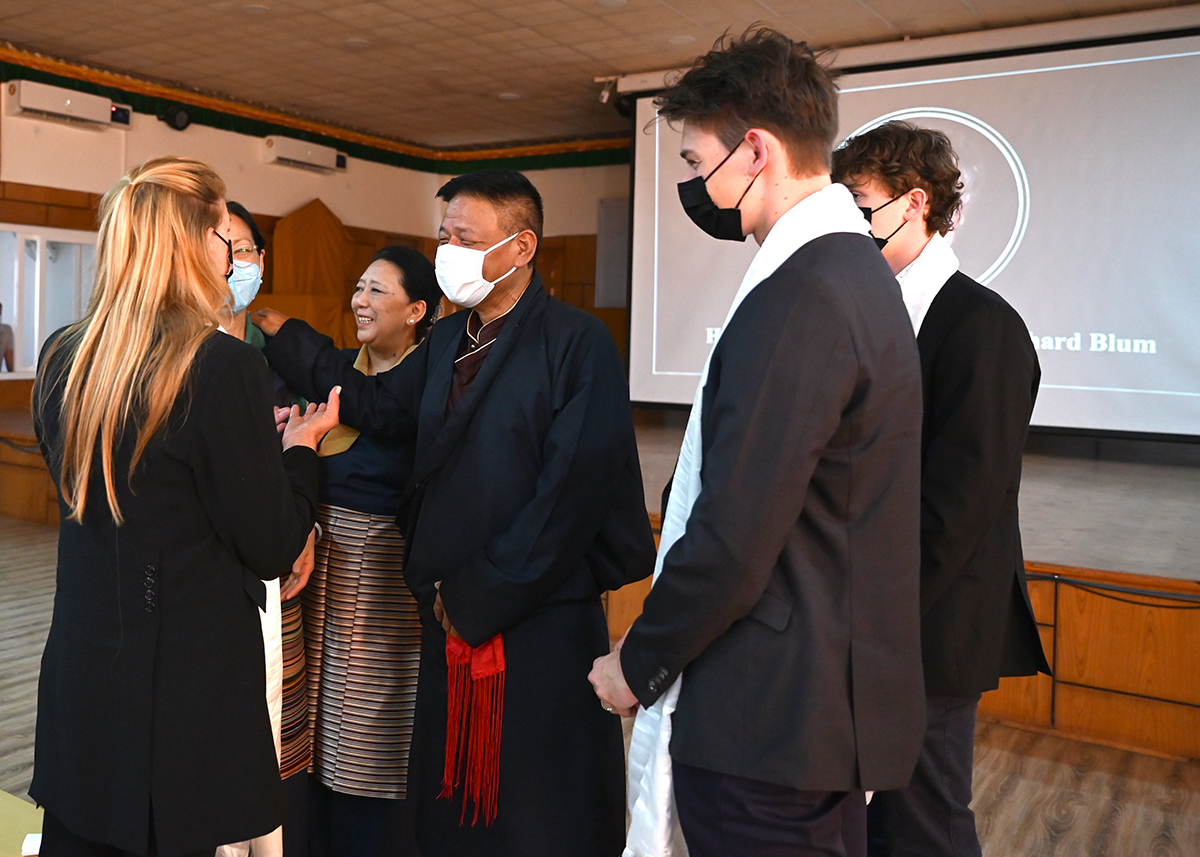 Sikyong interacting with Heidi Blum and her sons. Photo/Tenzin Phende/CTA