CTA Calls for Immediate Withdrawal of Security Forces from Ngaba

DHARAMSHALA: The Central Tibetan Administration is seriously concerned about the latest developments in Tibet involving a self-immolation of a young Tibetan monk in Ngaba in north-eastern Tibet. The region has been under undeclared martial law since the past many months. 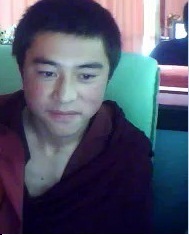 Reports from Tibet state that Losang Tsultrim, a 20-year-old monk of Kirti monastery, took to the main street of Ngaba town and set himself on fire on 16 March.  He shouted slogans to protest against the repressive policies of the Chinese government. Eyewitnesses say police knocked him down and doused the flame. He was then taken away to an unknown location.

Following the incident, the Chinese government has been preparing for heavy crackdown by deploying armed police and paramilitary forces across Ngaba, particularly in and around Kirti monastery.

The Central Tibetan Administration is deeply concerned about the whereabouts and well-being of all those Tibetans who are grievously wounded in the self-immolation incidents. It strongly urge the Chinese authorities to allow the injured Tibetans to get proper medical treatment. To date there are 5 Tibetans, whose conditions and whereabouts remain unknown.

Human Rights Watch, in its latest report, stated that the Chinese government’s new regulations of imposing direct rule on the Tibetan monasteries will lead to further tensions and exacerbate social difficulties that have been growing in Tibetan areas since 2008. “This measure, coupled with the increasing presence of government workers within monasteries, will surely exacerbate tensions in the region,” it said.

“Beijing’s decision to send government officials into monasteries in addition to heavy security forces is profoundly misguided and will only create more resentment towards the state,” said Kalon Dicki Chhoyang of the Department of Information & International Relations of the Central Tibetan Administration.

Since 2009, 29 Tibetans have so far set themselves on fire calling for freedom and the return of His Holiness the Dalai Lama to his homeland. 16 of these incidents occurred in this year alone.