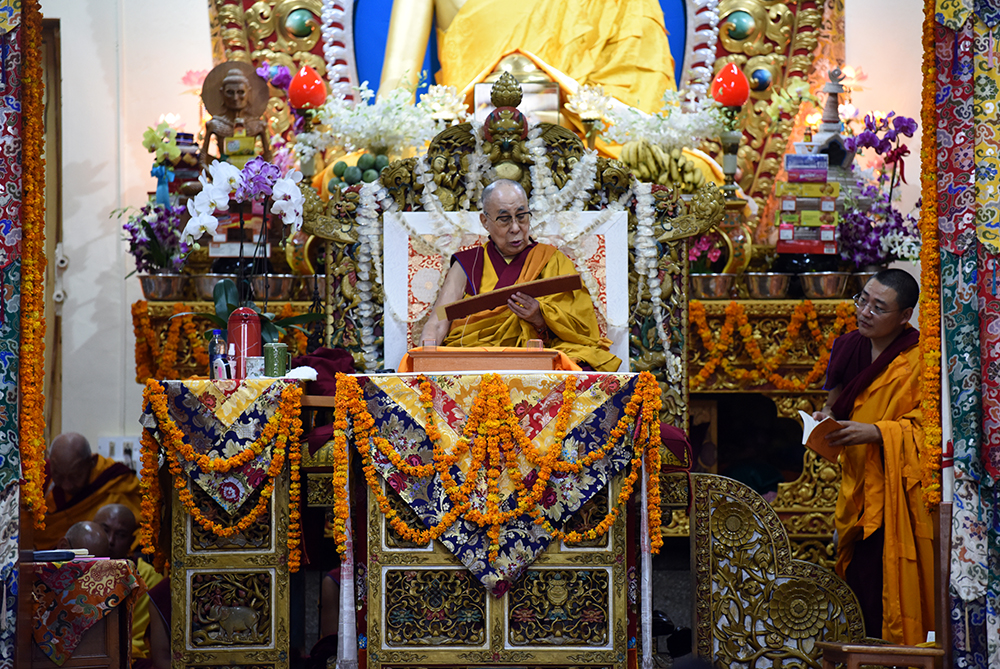 His Holiness the Dalai Lama on the final day of the three-day teachings for Asian devotees at Tsuglagkhang, 6 September 2019. Photo/Tenzin Phende/CTA

Dharamshala: A three-day discourse on the Four Noble Truths and their Sixteen Characteristics, the Thirty-Seven Factors of Enlightenment, Nagarjuna’s ‘Commentary on Bodhichitta’ and Je Tsongkhapa’s Three Principal Aspects of Path concluded today in the premises of Tsuglagkhang, attended by almost 7000 devotees.

The devotees from over 38 Asian countries had collectively requested the teaching from the Tibetan spiritual leader His Holiness the Dalai Lama. Thousands flew across the continent to receive the instructions in person.

Having explained the fundamental teachings of Buddha, including the Four Noble Truths, the texts of Nagarjuna and Je Tsongkhapa, His Holiness mainly emphasised that critical thinking and reasoning are the bedrocks in the pursuit of Buddhist teachings.

He observed that the Buddha himself encouraged this analytical attitude and advocated reason over blind faith.

“As disciples, you should critically analyse the teachings of the teacher,” His Holiness said, asking the devotees to acknowledge that even the most highly realised teachers commit mistakes, sometimes due to a higher purpose or else.

“But, with regard to Dolgyal he seems to have made mistakes,” His Holiness said regrettably. “What really concerns me is the sectarianism and divisiveness associated with this practice.”

“The Great Fifth Dalai Lama had described Dolgyal as a perfidious spirit who rose out of distorted prayers. In the declaration in his autobiography, the Great Fifth Dalai Lama wrote:
“Because of the clever manipulations of Lak Ahgyal of Gekhasa,
the false reincarnation of Tulku Sonam Geleg Palzang (Tulku Dakpa Gyaltsen) was successful (in being recognised as the reincarnation).
But because of distorted prayers, he became a perfidious spirit and brought serious harm to sentient beings.”

A Buddhist leader who is trusted by millions of devotees, His Holiness said he feels a moral responsibility to advise his followers against the Dolgyal practice. And in so doing he is following the example of his distinguished predecessors, especially the Great Fifth and the Thirteenth Dalai Lamas.

“But whether or not the advice is heeded is up to the individuals,” said the Fourteenth Dalai Lama. 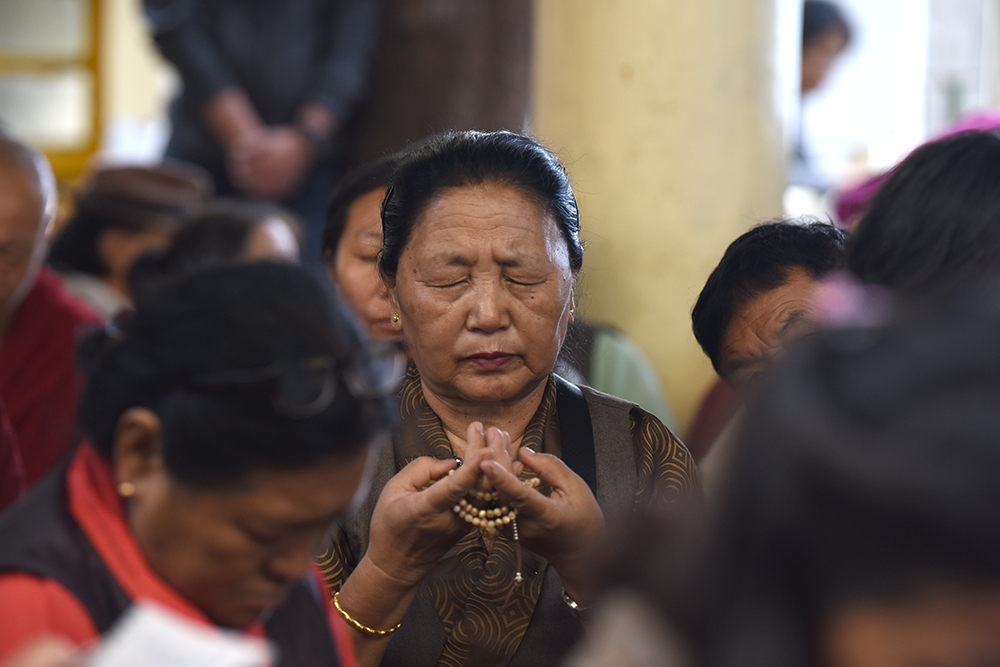 A devotee forms a sacred hand gesture, symbolising devotion and contemplation, as she follows the teachings of His Holiness the Dalai Lama, 6 September 2019. 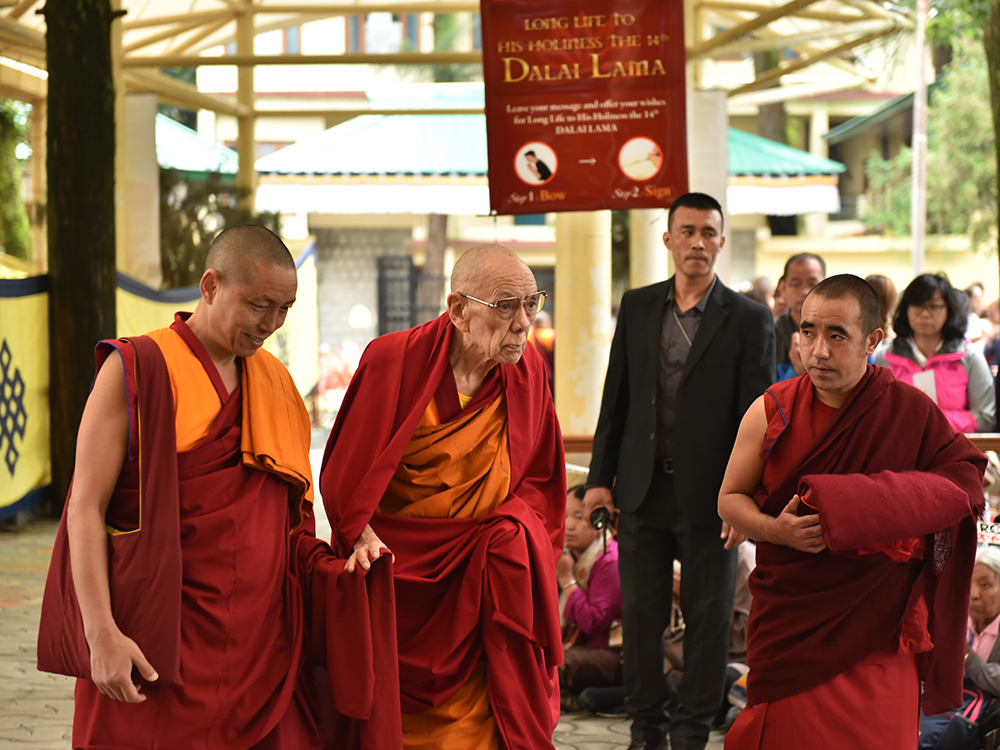 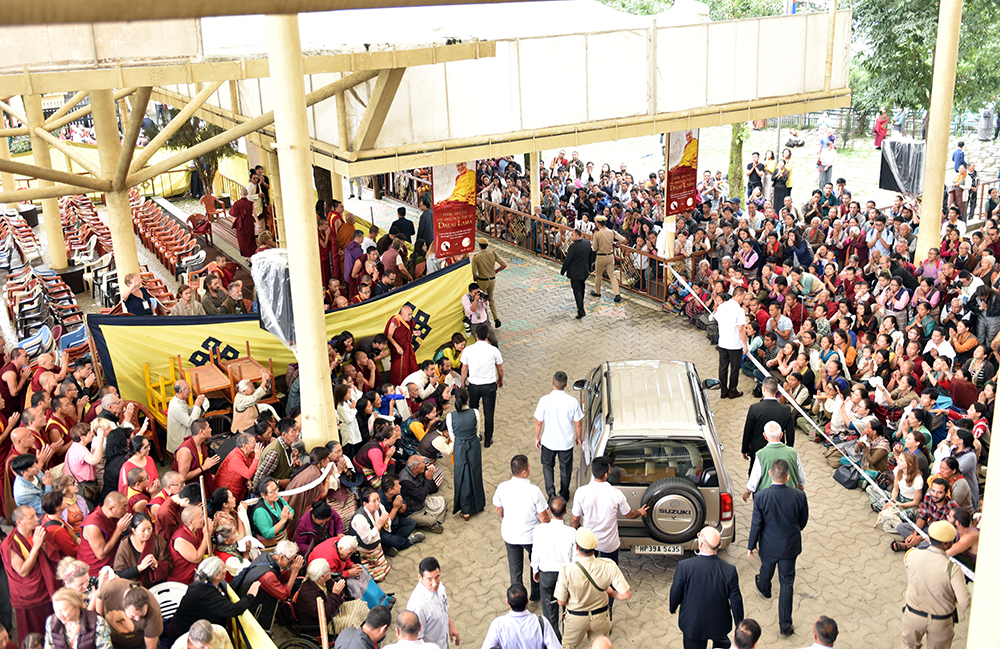 A view of the Tsuglagkhang courtyard filled with devout followers on the final day of His Holiness the Dalai Lama’s teaching, 6 September 2019.