Guwahati: A Candle Light Vigil was organized under the banner of Core Group for Tibetan Cause – India at War Memorial Center, DighaliPhukhari, Guwahati in the evening of 17 November 2020. The vigil was an expression of gratitude and tribute to the martyrs of brave Indian soldiers who have laid down their lives for India’s Freedom and Security.

Given the existent pandemic situation of Covid-19, number of participants was kept under limitation. Even then, the supporters and well-wishers turned up in large numbers to show solidarity for the cause of Tibetan Freedom by reminding the sacred lives of these Indian soldiers while keeping social distancing.

With national flags of both Indian and Tibetan, the vigil was led by Sh. R. K. Khrimey, National Convener, Core Group for Tibetan Cause –India; Sh. Surendra Kumar, National Co-Convener, Eastern Region; Sh. Soumyadeep Datta, Regional Convener for Assam and Meghalaya and Sh.Pema Wangda Bhutia, Regional Convener for North Bengal and Sikkim. In addition to this, headed by Ms. Urvashi Mahanta, State Convener, Assam, Bharat Tibbat Sahyog Manch, along with other respective members also showed up to express their solidarity for the cause.

The breeze was cool and silent yet it was encompassed with sacrifice, pride and solidarity for truth against injustices and voice against draconian. The event was also solemnized with the memory of Communist China’s betrayal of Panchsheel Treaty resulting the war of 1962 and subsequent illegal occupation of India’s land at North Eastern Region. 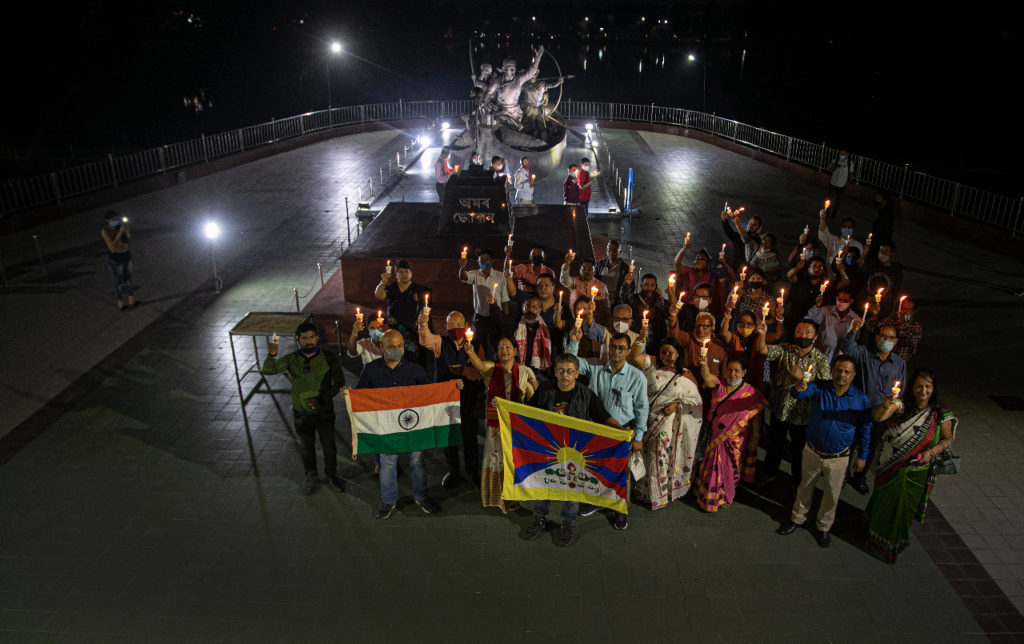 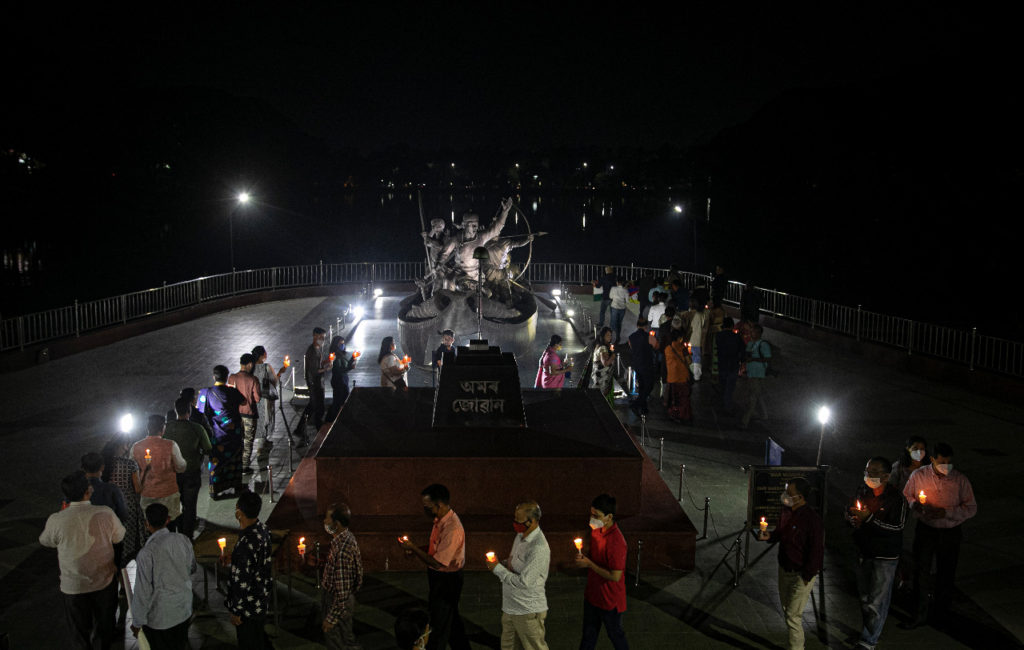