Meeting of Core Group for Tibetan Cause – India

The meeting commenced with a welcome address by Coordinator Jigmey Tsultrim who briefly highlighted the members on the agenda of the meeting and also the CTA new leadership’s expectations from the respective Core Group Members. A minute of silence was observed for all those Tibetan Martyrs and Tibet Support Groups members who passed away in the journey of Tibbat Mukti Sadhana.

Representative Mr Ngodup Dongchung in his address shared about the importance of centuries-old India-Tibet relations having a very close link and educating the youth on historical facts of India and Tibet. He shared with the members the current situation inside Tibet and the Chinese leadership attitude in Tibet. The Representative also spoke on the environmental issue of Tibet which is having a negative impact on India as well as other Asian countries. He urged the members to take this as an opportunity to advocate for Tibet and brief the Indian leaders, Members of Parliament and other concerned people on this issue.

Going with the agenda of the meeting, the members thoroughly discussed the actions taken by the last Core Group meeting held at Bengaluru on 27th February 2021. The members presented their activities and programs report since the last Core Group meeting. The members actively shared their feedback and suggestions especially grassroots campaigns to create awareness on Tibet among the common people of India and to strengthen the cause of Tibet during this crucial time. In this regard, the members chalked out activities and programs ahead respectively. They agreed to work more actively and vigorously in coordination with all the Tibet Support Groups in India for the cause of Tibet.

ITCO Deputy Coordinator Tenzin Jorden presented the vote of thanks to all the members for their active participation despite the COVID-19 situation.

One day earlier of the meeting, an informal meeting with various Tibet Support Groups’ office bearers in the presence of Shri R. K. Khrimey, National Convener, CGTC-I, Shri Sundarlal Suman and Shri Pankaj Goyal, Regional Conveners, CGTC-I was held at ITCO. The meeting was organised to build better coordination among various Tibet Support Groups in India. The members in unison agreed to work in coordination with each other and laid down plans and strategies to strengthen the cause of Tibet. The respective members exchanged their views and opinions, gave suggestions and took decisions for active involvement of respective groups for the good cause of Tibet.

Meeting of Core Group for Tibetan Cause – India 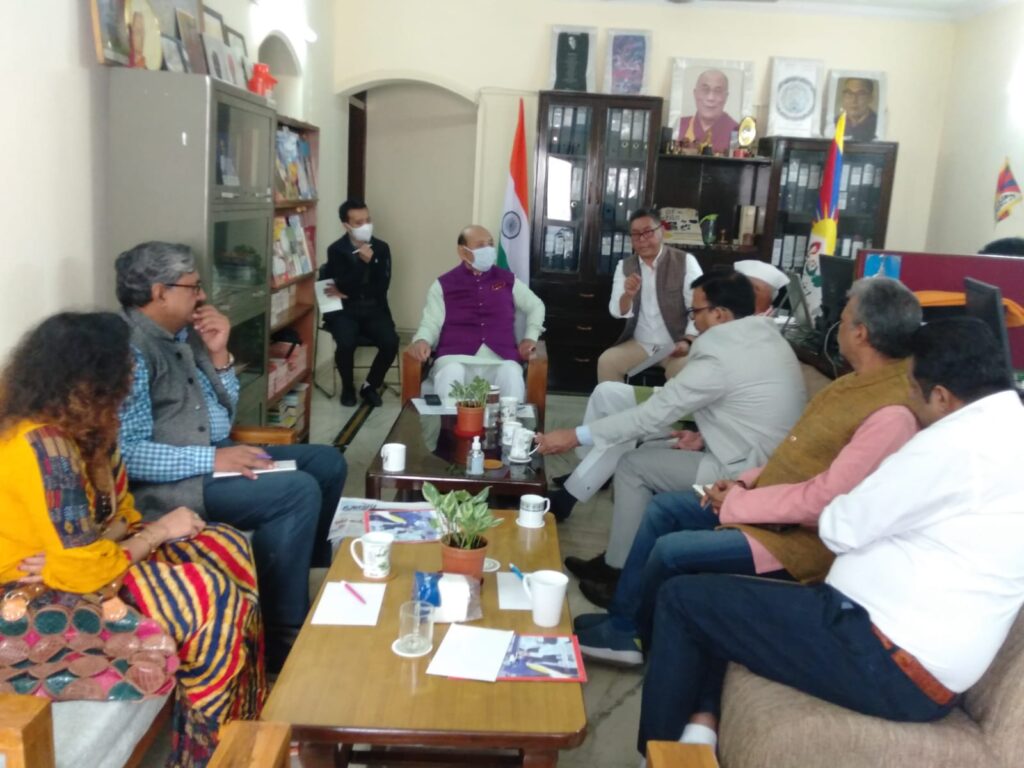