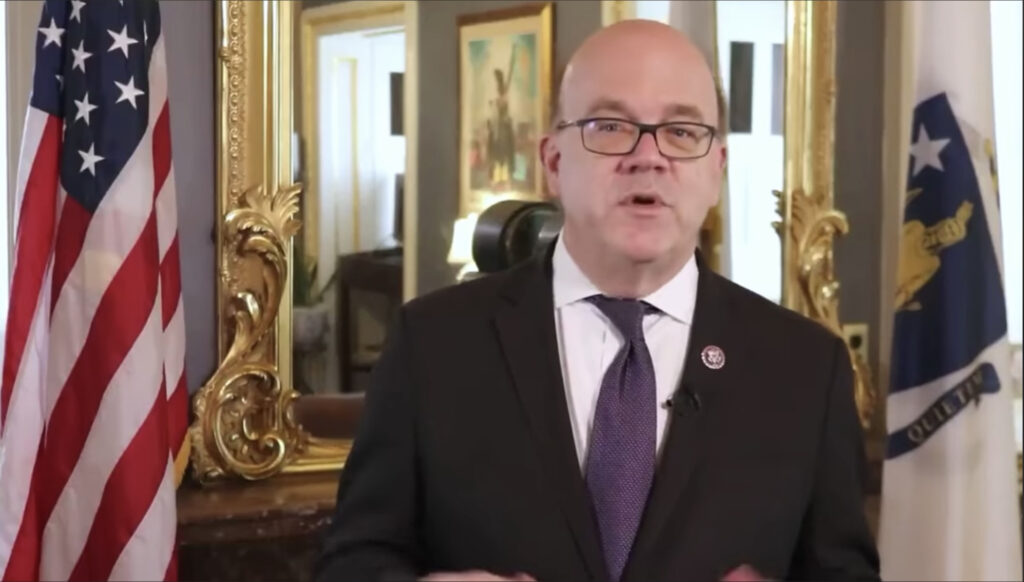 Dharamshala: On the occasion of the 32nd birth anniversary of Gedhun Choekyi Nyima, Tibet’s 11th Panchen Lama, Congressman Jim McGovern, Co-chair of Tom Lantos Human Rights Commission, an official bipartisan body in the United States House of representatives renews call for the unconditional release of Gedhun Choeky Nyima and his family who has been indefinitely imprisoned by the Chinese government since the age of 6.

“The Commission’s mandate is to promote and defend the rights enshrined in the Universal Declaration of Human Rights. And one of the many things the commission does is advocate the release of Prisoners of Conscience around the world. Prisoners of conscience are people whose freedom has been taken away from them without any real justification even though they’ve neither used nor advocated violence. Often people are imprisoned because of who they are. Sadly, there are many prisoners of conscience in the world. And one of them is Gedhun Choekyi Nyima, the 11th Pachen Lama of Tibetan Buddhism”, said McGovern.

Chosen by His Holiness the Dalai Lama at the tender age of 6 as the 11th Panchen Lama, the second-highest in Tibetan Buddhism, Gedhun Choekyi Nyima plays a vital role in recognizing the reincarnation of the Dalai Lama.

Seeing the high vested role of Pachen Lama in Tibetan Buddhism, the Chinese government kidnapped Gedhun Choekyi Nyima and his family and they’ve not been seen or heard from by anyone outside of China since then.

The only justification provided by the Chinese authorities for the last 26 years is that ‘he and his family are alive and well.

“My birthday present to Gedhun Choekyi Nyima is the same as every year to renew my call for his immediate and unconditional freedom and that of his family as well”, said Congressman McGovern while adding that no government is justified in doing what the Chinese government is doing.

“He should be free because he has the moral and legal right to freedom of thought, conscience, and religion including the right to practice his religion as he chooses. He should be freed because he is still a young man and is the right thing to do. So happy birthday Gedhun Choekyi Nyima. May this year be the year, we have the privilege to meet in person”, concluded the Co-chair of TLHRC.