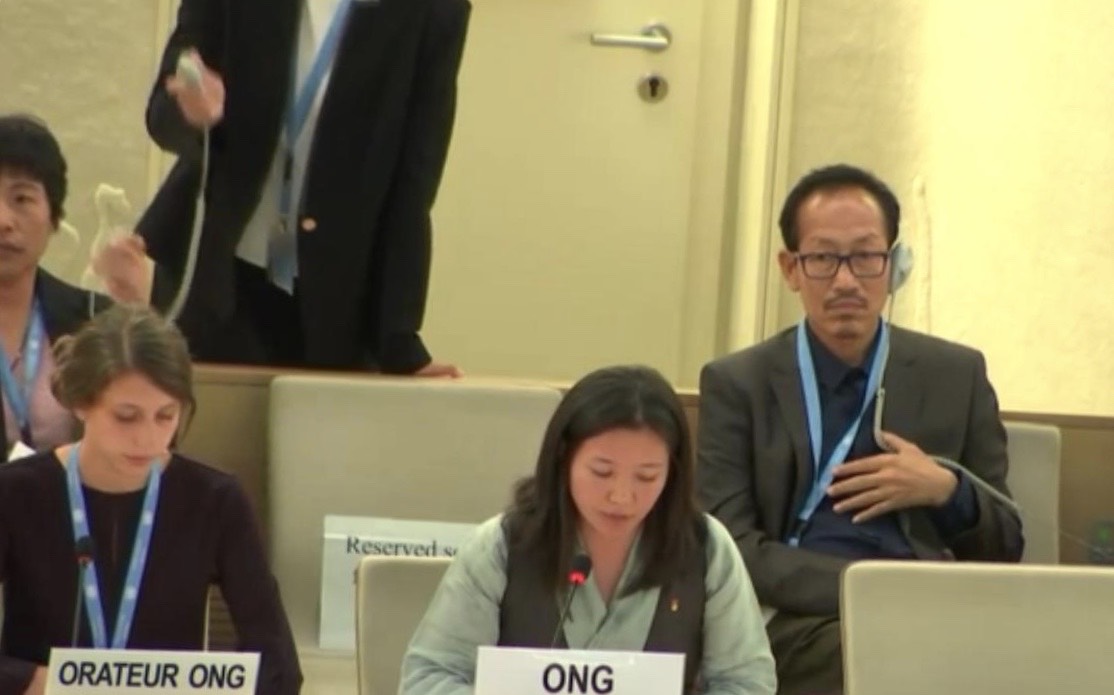 Geneva: On 11 September, at the ongoing 42nd regular session of the UN Human Rights Council in Geneva, concerns were raised over the Chinese government “development” projects in Tibet, including the wide-scale demolition and eviction of Tibetan Buddhist centers. The UN Council members were called upon to assess these so-called development projects undertaken by Chinese authorities as they “threaten and violate the social, economic and cultural rights of the Tibetans”.

Emphasizing people-centric development, Ms. Dukthen Kyi from UN, EU & Human Rights Desk of Department of Information & International Relations, Central Tibetan Administration, delivered a statement on behalf of Society for Threatened Peoples. She highlighted that the Chinese projects in Tibet have “miserably failed to include active and free participation of the local Tibetans”.

Furthermore, she underscored how Chinese authorities have removed Tibetans involuntarily for development projects like mining and damming that have relocated over 2 million Tibetan nomads.

Recalling last year’s report on arbitrary arrests and enforced disappearances of over 30 Tibetan villagers from Driru, including a village head Karma, Khenrap and Dhongye, for protesting against mining activities at Sebtra Dzagyen, a sacred mountain in Driru (Ch: Biru) County, Nagchu Prefecture, the UN Council was informed that no information is available about the detained villagers.

While drawing concerns “about the conditions of the evicted Tibetan nuns and monks, forced to undergo “patriotic re-education” and face systematic mental, physical and sexual harassments,” she also called upon the UN Human Rights Council to “urge China to provide details on the current status of the evicted monks and nuns, and those detained Driru villagers.

“We also urged the Council members to assess the demolitions of Tibetan Buddhist Centers and development activities in Tibetan areas, that are causing more harm than benefit the Tibetans in Tibet,” added Ms. Dukthen Kyi. Watch the full proceedings of the 11th Meeting of the 42nd Regular Session Human Rights Council here.