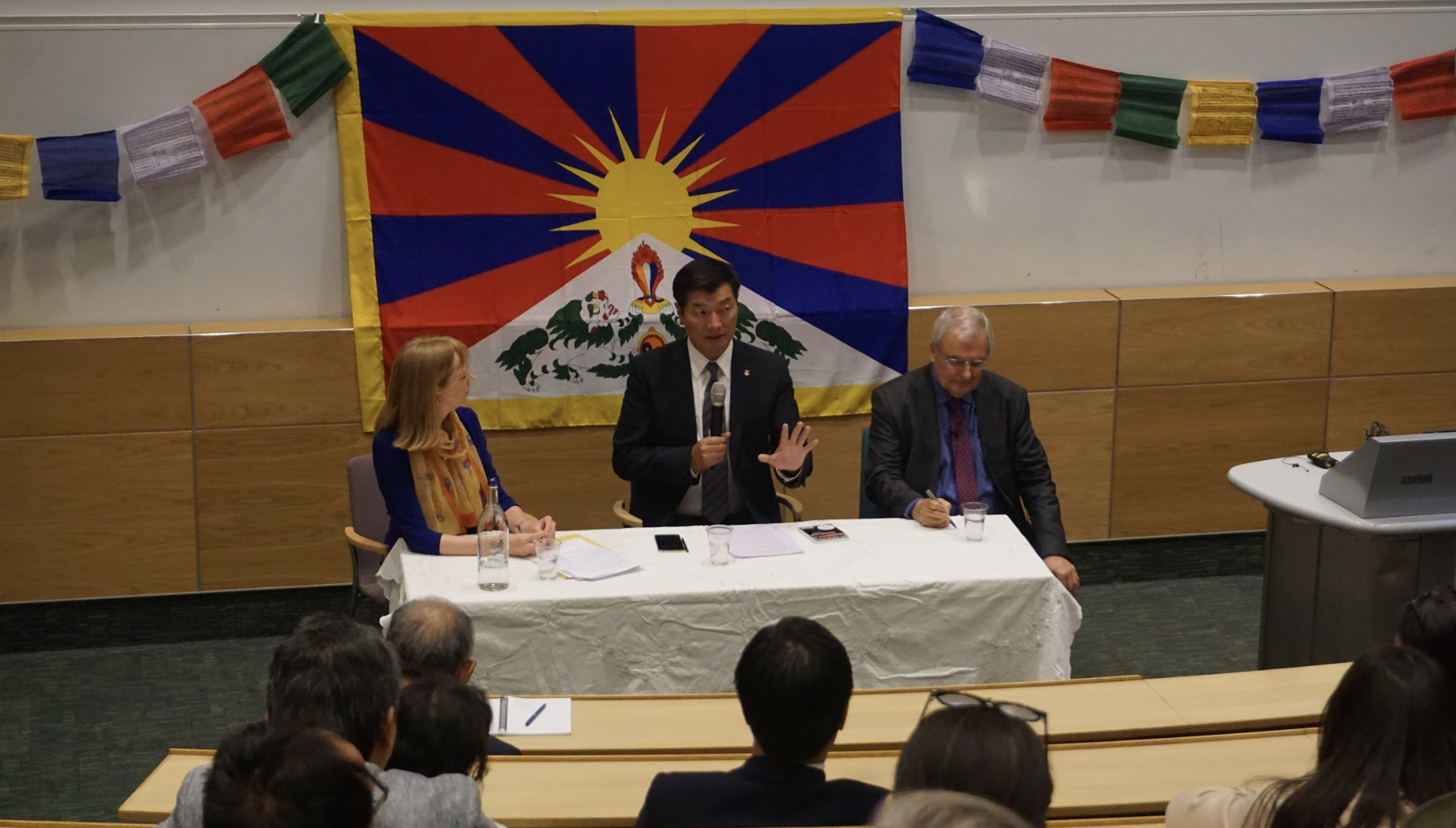 Against the backdrop of some startling revelations in the Hindu Kush Himalaya Assessment, more recently BBC science correspondent’s report that ‘spy satellites reveal extent of Himalayan glacier loss’ and at a time when discourse on climate change is gaining momentum as a result of incredible advocacy and campaigning by 15 year old Greta Thunberg, this discussion on climate change organised by the Tibetan Community in Britain cannot come at a better time.

The President set the tone for the discussion with his remarks about the strategic importance of the Tibetan plateau as the largest repository of fresh water outside North and South Poles: a water tower of Asia with 1.4 billion people in downstream countries like India, Pakistan, Bangaldesh and Myanmar depending on Tibet’s waters. He remarked that it is increasingly recognized that Tibet’s climate and land use policies should not be treated solely as ‘internal affairs’ of the Chinese government, as the Tibetan plateau influences climate and atmospheric changes not only in Asia, but also as far away as East Africa and even Europe. He expressed alarm at the latest BBC report of 19thJune which found that the melting of the Himalayan glaciers has doubled over the last 40 years.

Professor Chris Rapley made the argument, through powerful and illustrative slides, that the earth was warming fast and that ‘we have upset the energy balance of this planet.’ Calling for absolute targets such as Abolish Fossil Fuels, he urged that climate change is happening now and happening to all of us; and that each one has an important role to play. He underlined the importance of preserving and protecting the Tibetan plateaus recognising its role in maintaining the temperature of this planet.

Professor Rapley, besides being an eminent climate scientist is the Chair of the UCL Policy Commission on the Communication of Climate Science, and Chair of the London Climate Change Partnership, which seeks to ensure that London is the capital city best prepared for the impacts of climate change. He is a Fellow of St Edmund’s College, Cambridge and a member of the Academia Europaea. In addition to his commitment to understanding and adapting to the impacts of climate change at a local and international level, he has more recently focused on the public understanding of climate change and the role of scientists in communicating with policy makers and the public. He regularly gives public lectures on climate change.

He is also the co-author, with playwright Duncan Macmillan of 2071: The World We’ll Leave our Grandchildren, a one-man play directed by Katie Mitchell which premiered at the Royal Court theatre and Deutsches Schauspielhaus, Hamburg in November 2014, and was subsequently published as a book. In 2008 he was awarded the Edinburgh Science Medal “For professional achievements judged to have made a significant contribution to the well-being of humanity”.

The panel discussion was chaired and moderated by renowned journalist of world affairs Emily Buchanan. She is a former BBC Religious Affairs, Developing World and World Affairs Correspondent. She made several award-winning documentaries relating to poverty and human rights in Africa, Asia and South America. While covering religion, she investigated the first implementation of sharia law in northern Nigeria, the workings of sharia courts in the UK and worked on many news reports about the battles over the role of women and the LGBT community in the Christian churches. She moderated a major conference in Finland for the peace-broking organization Crisis Management Initiative. She has more than 30 years of broadcasting experience, and is a regular presenter of Sunday programme on BBC 4.

On Saturday 22nd, the President will be meeting with the Tibetan Community in Britain and addressing them. 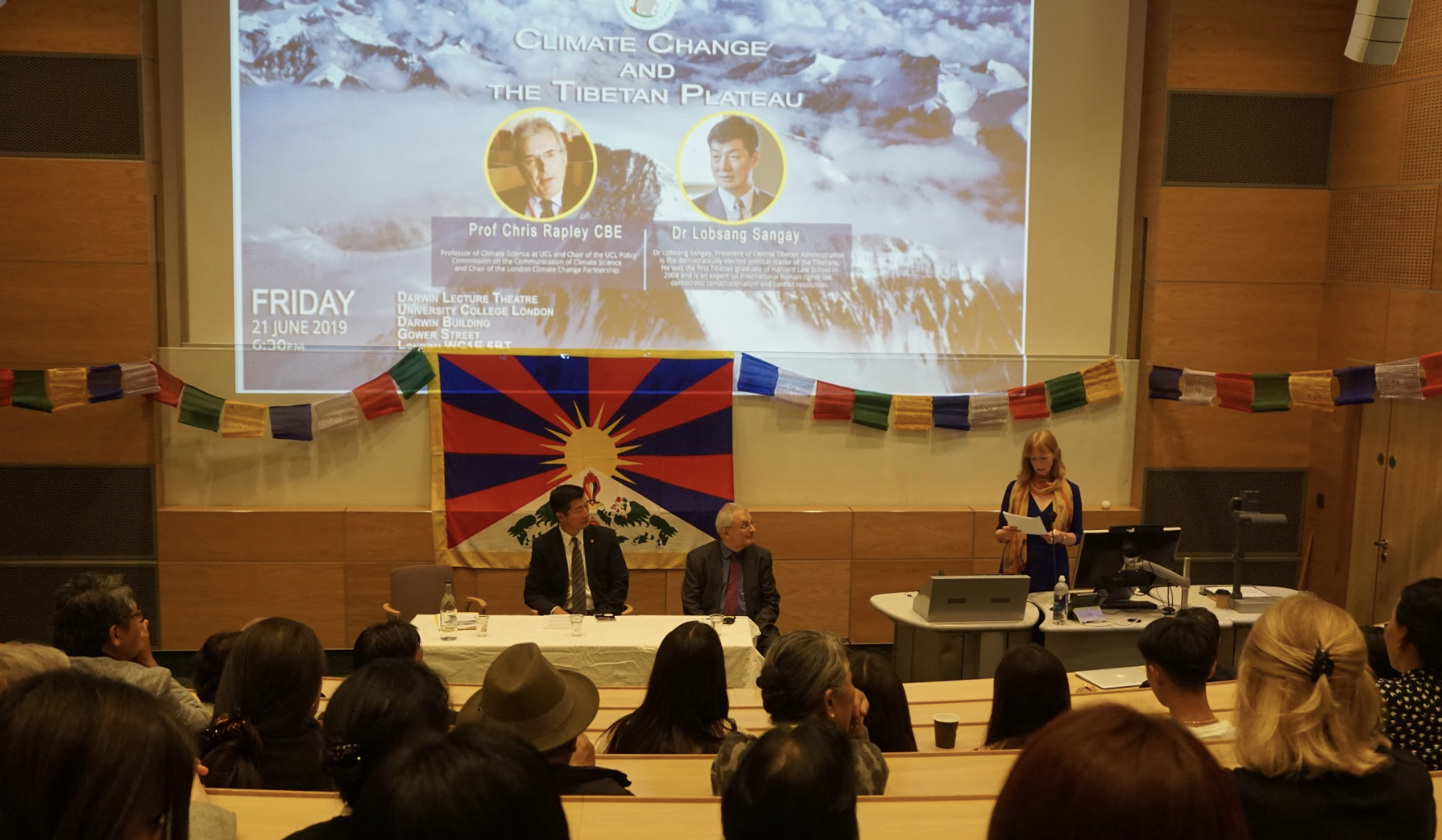 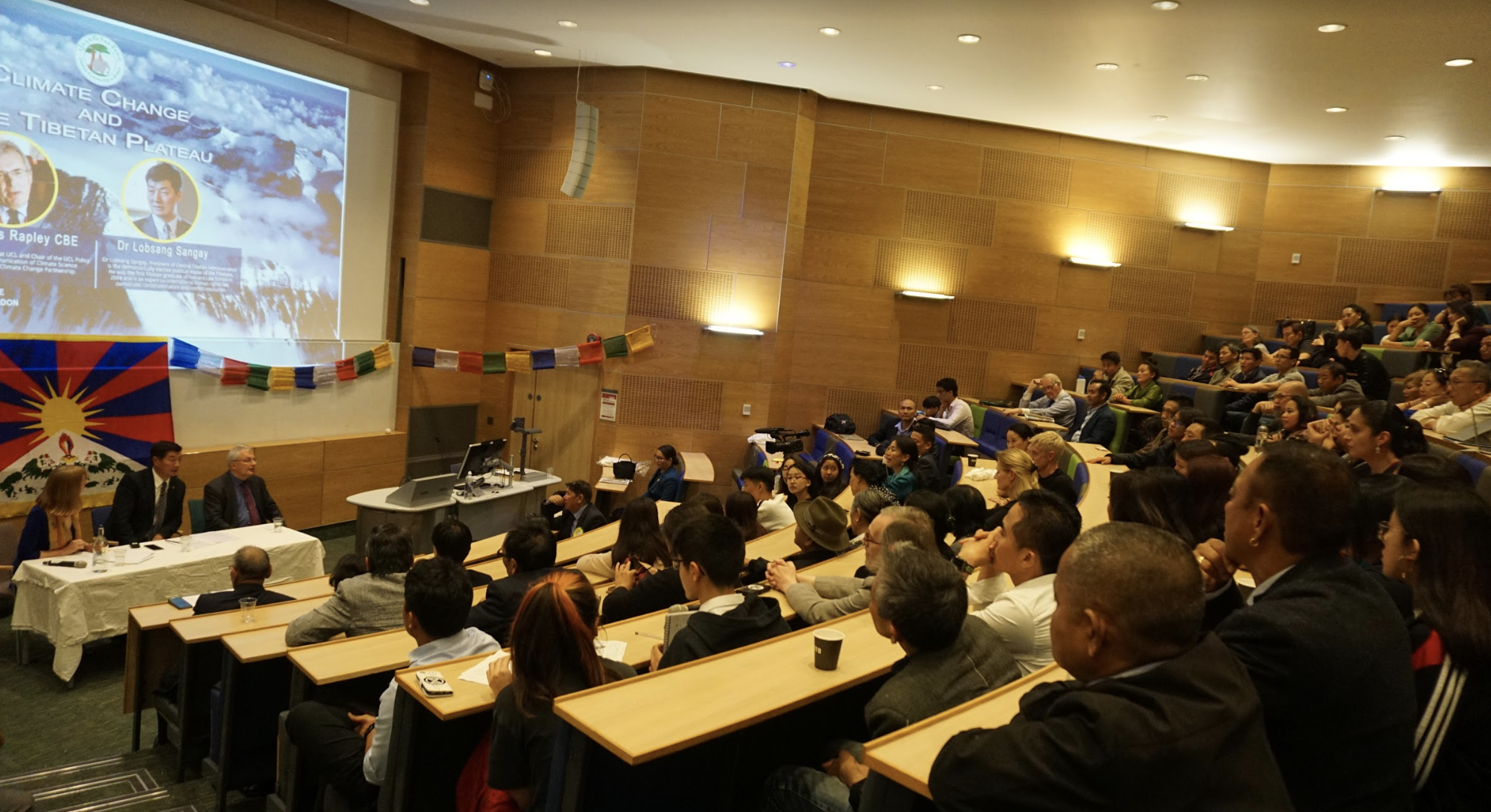 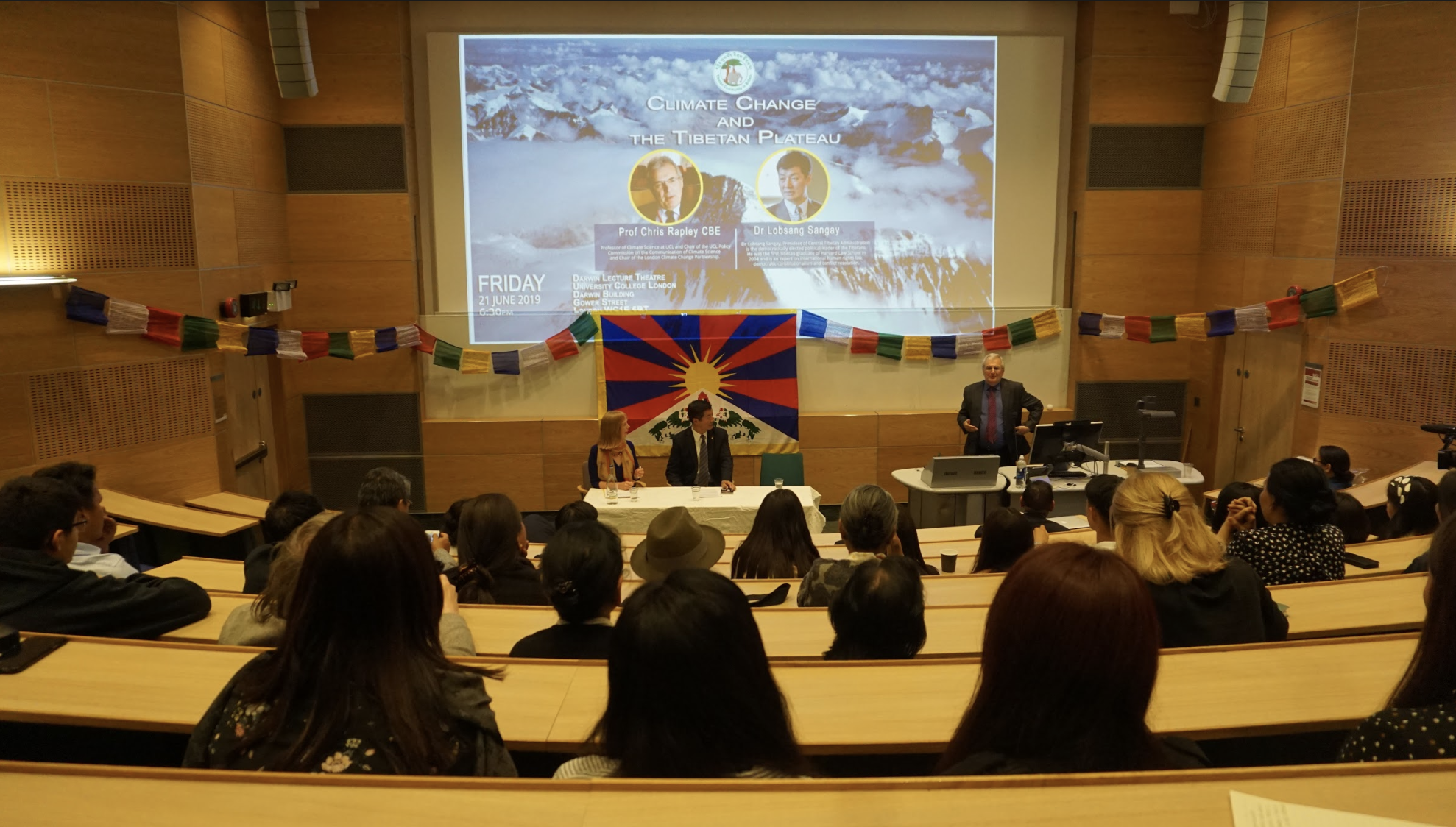 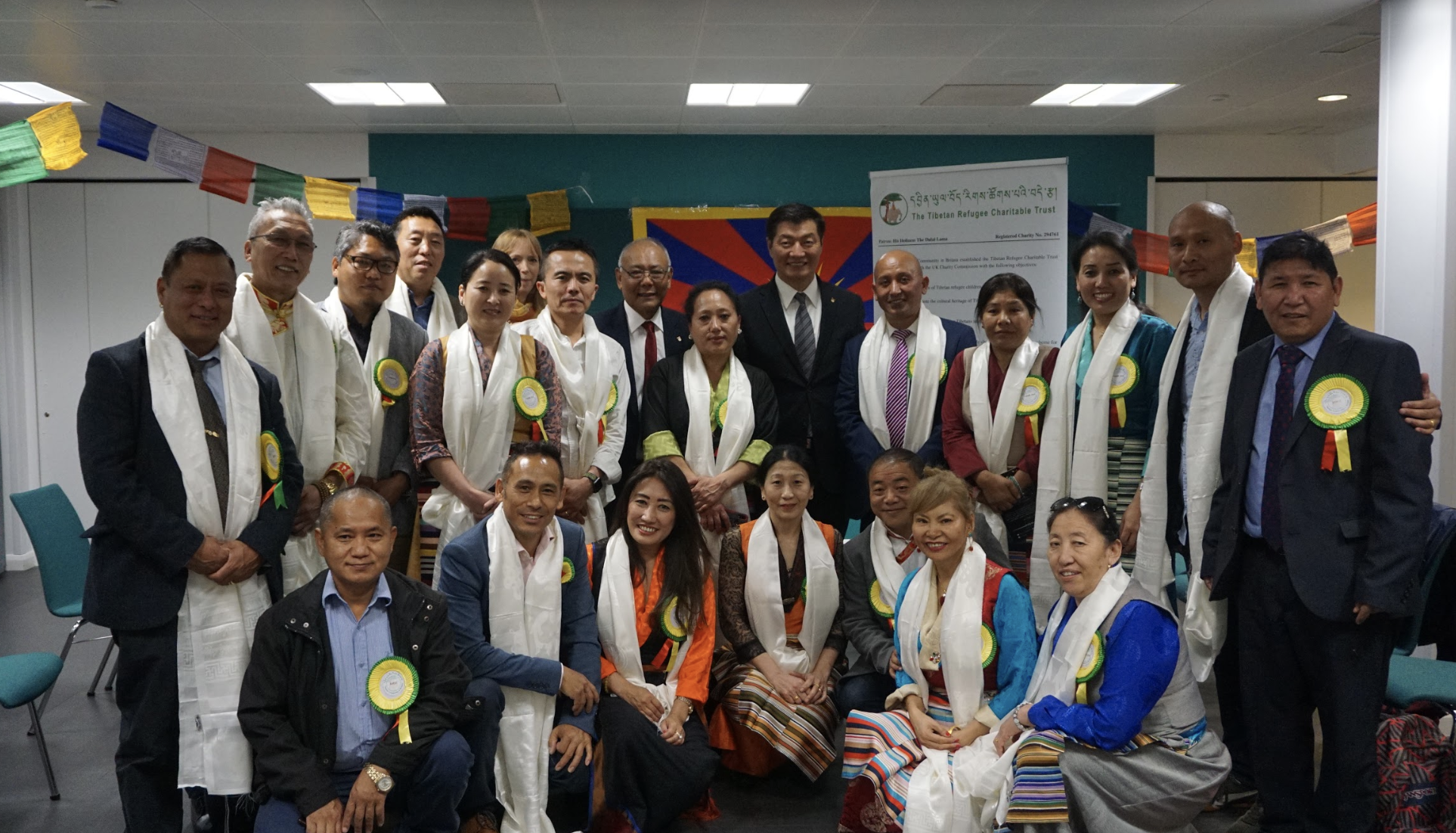