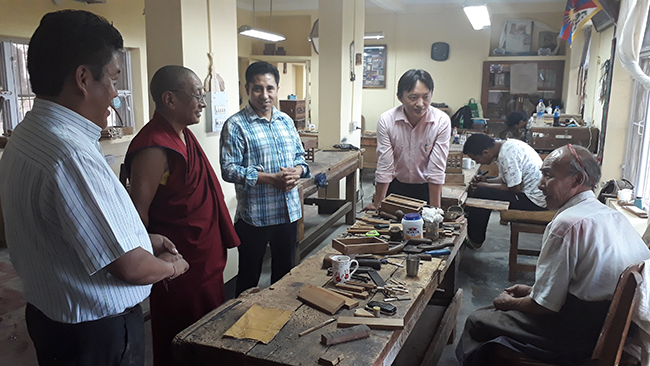 DHARAMSHALA: As part of its ongoing visits to all monasteries and institutes coming under the Department of Religion and Culture, Kalon Karma Gelek Yuthok visited Norbu Lingka Institute based near lower Dharamshala on 17 April. Kalon has earlier visited the various Tibetan monasteries in Dehradun, Dolanji, Hunsur, Mundgod, Bylakuppe, Mainpat, Odisha, Kollegal and Bhandara. The visits are part of the department’s efforts to ascertain the ground situation and functioning of these institutes.

Kalon was welcomed at the institute by Director Mr Dechen Namgyal and Secretary Mr Tsering Phunstok. Kalon first inspected the restaurant and hotel of the institute, followed by visits to other sections including wood carving, wood painting, tailoring, weaving, Thangka painting, statue making, etc. He interacted with the students, teachers and the artisans about their work and facilities.

Kalon then visited the Norbulingka staff quarter, crèche and kitchen followed by a meeting with Norling President Kasur Kalsang Yeshe over lunch.

After lunch, Kalon held a general meeting with the staff and students of the institute. During the meeting, Kalon expressed his satisfaction at the successful functioning of the institute and stated that the knowledge of arts and crafts the institute imparts help in the preservation of Tibetan culture and in transforming the Tibetan community into a self-sufficient one. 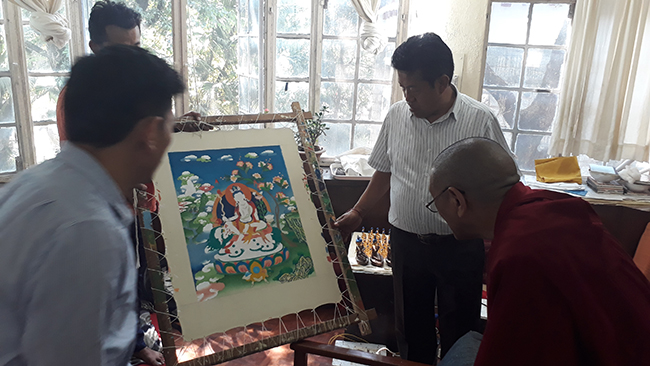