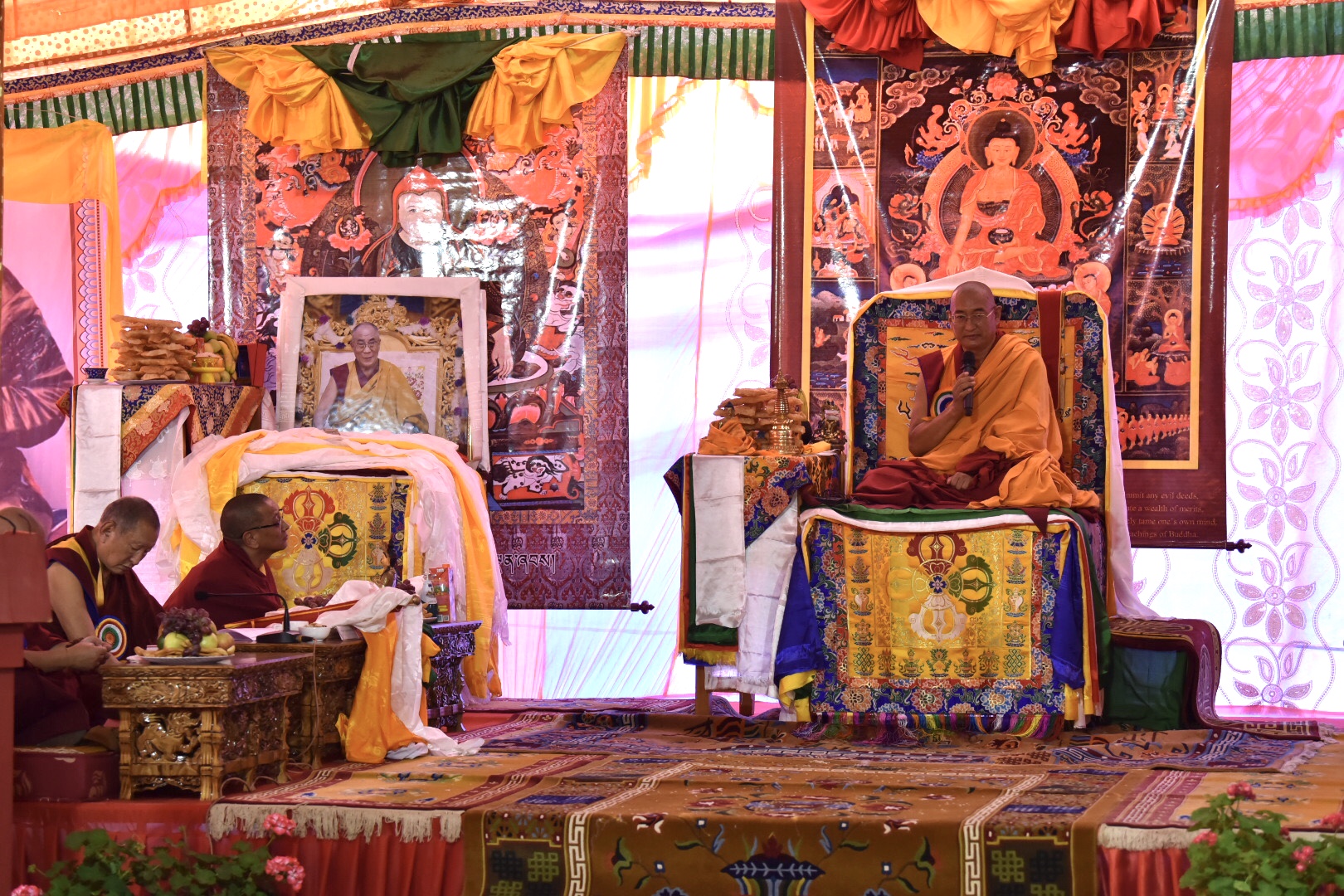 Kalon Karma Gelek Yuthok made a mandala offering to Kyabje Jonang Gyaltsab Rinpoche, a symbolic offering in Tibetan Buddhist tradition. On behalf of the Kashag, he extended congratulatory greetings to the new Jonang Gyaltsab and wished him all the success in his new responsibility as the spiritual head of the Jonang tradition.

Kalon further spoke on the rich history of Jonang tradition and the flourishing of Jetsun Taranatha and the achievements of great beings who promoted the Jonang teachings and accomplished practices in all three provinces of Tibet.

Meanwhile, he talked about the Central Tibetan Administration and the Department of Religion and Culture’s concrete efforts in exile to preserve the teachings of Buddha and the cultural-religious heritage of Tibet.

He concluded by expressing profound gratitude to the 2nd Jonang Gyaltsab Ngawang Choekyi Nangpa for his benevolent activities and contribution towards Tibetan Buddhism in general.

Ven Kirti Rinpoche offered heartfelt greetings to the new Jonang head and expounded on the significance of today’s enthronement ceremony in the Jonang tradition.

He also expressed profound gratitude and offered prayers and well wishes to the Jonang Gyaltsab.

A host of eminent rinpoches offered their remarks on the enthronement ceremony and collectively expressed best wishes to the 2nd Jonang Gyaltsab Ngawang Choekyi Nangpa.

A culture extravaganza showcased by the Tibetan Institute of Performing Arts (TIPA) and Minnang Dze-la.

Khenzur Kunga Tsamchung, Advisor of the enthronement organizing committee gave the vote of thanks. 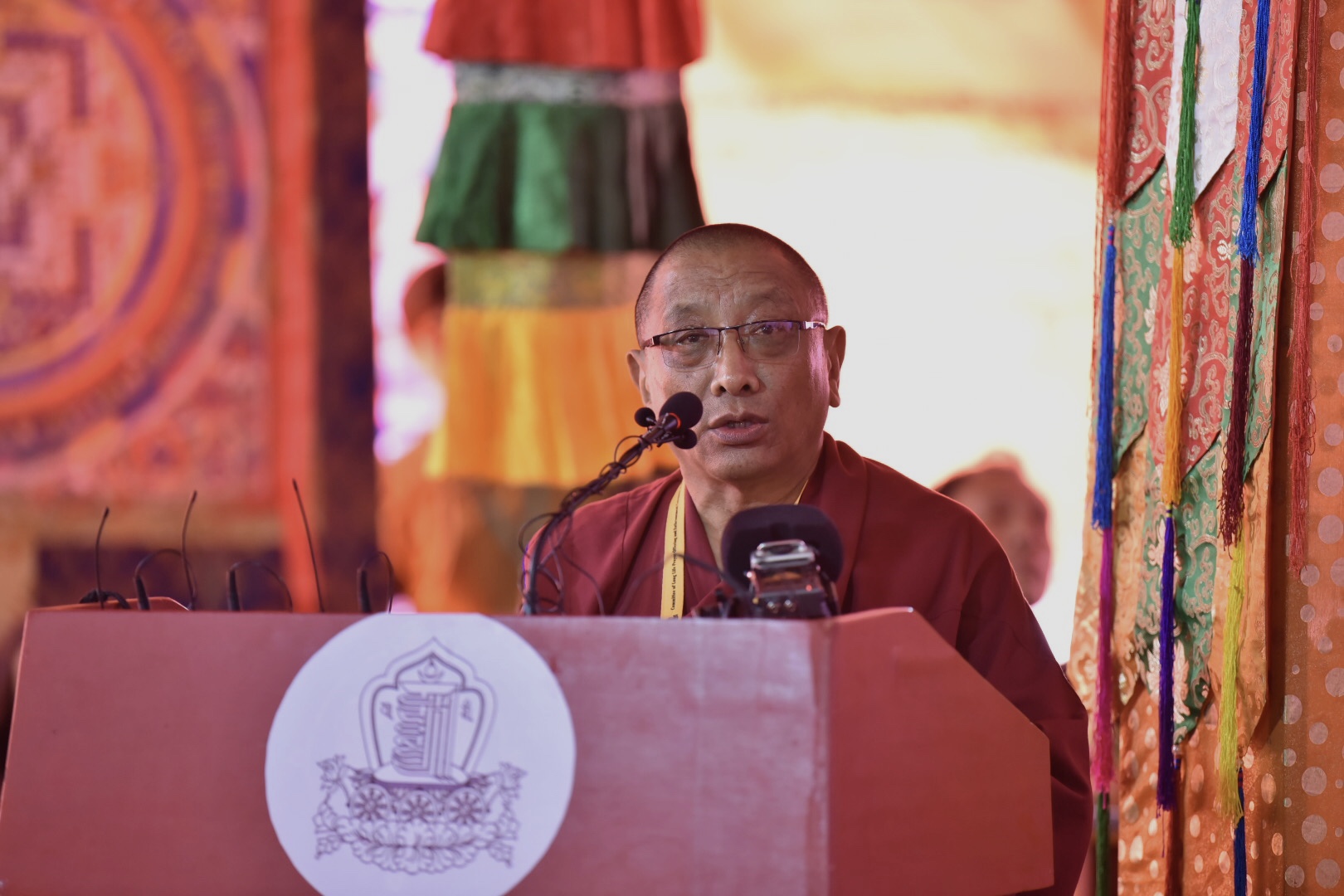 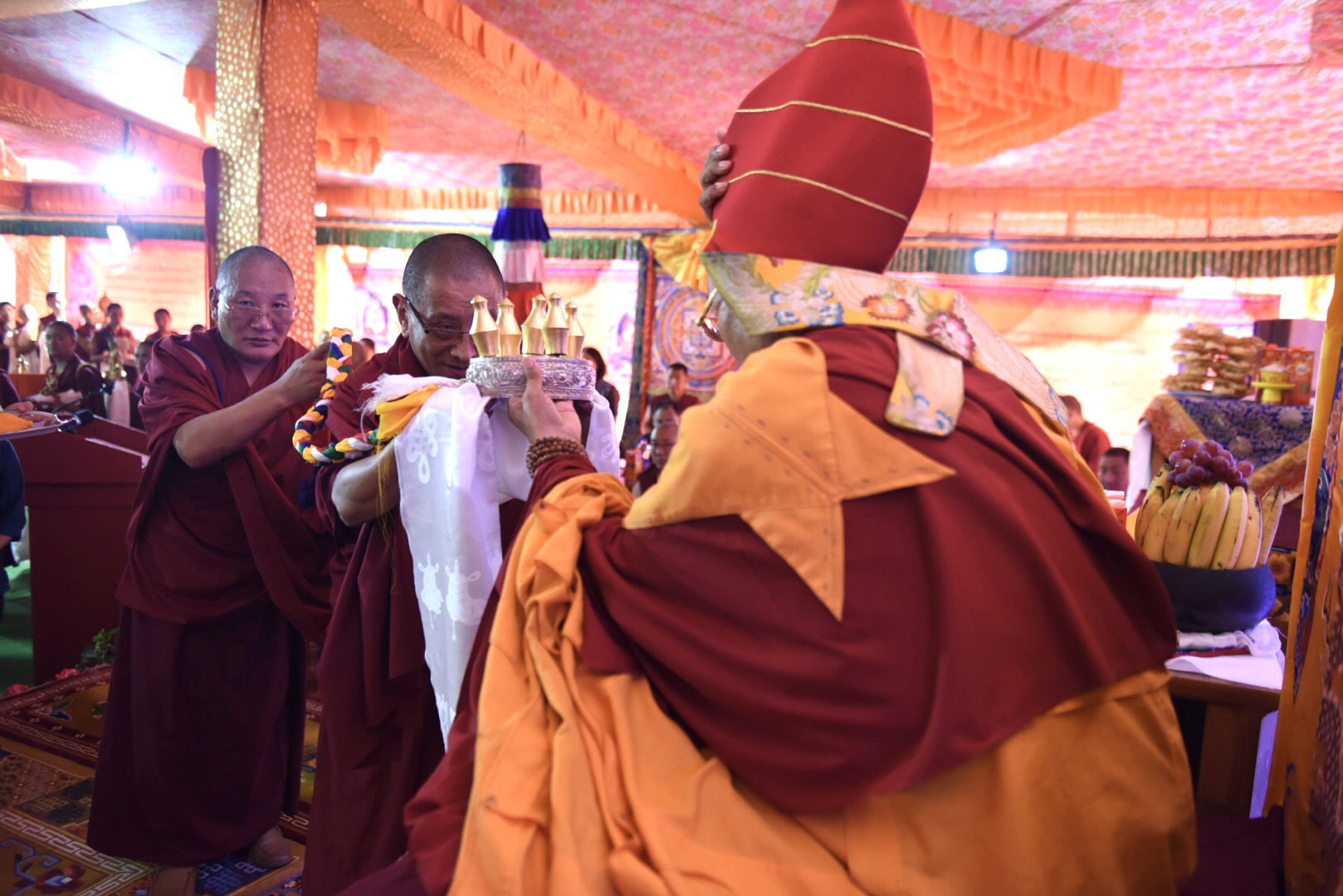 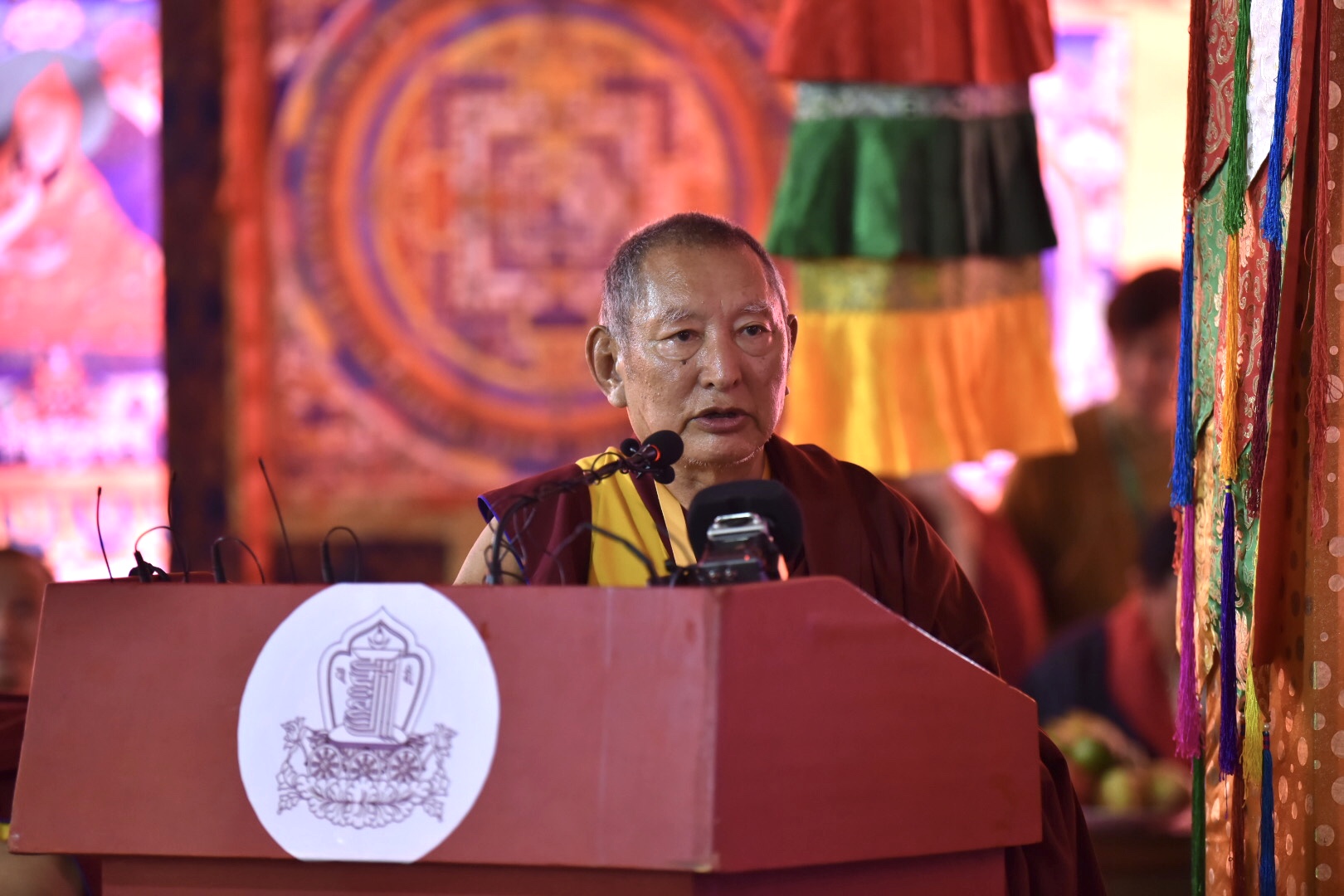 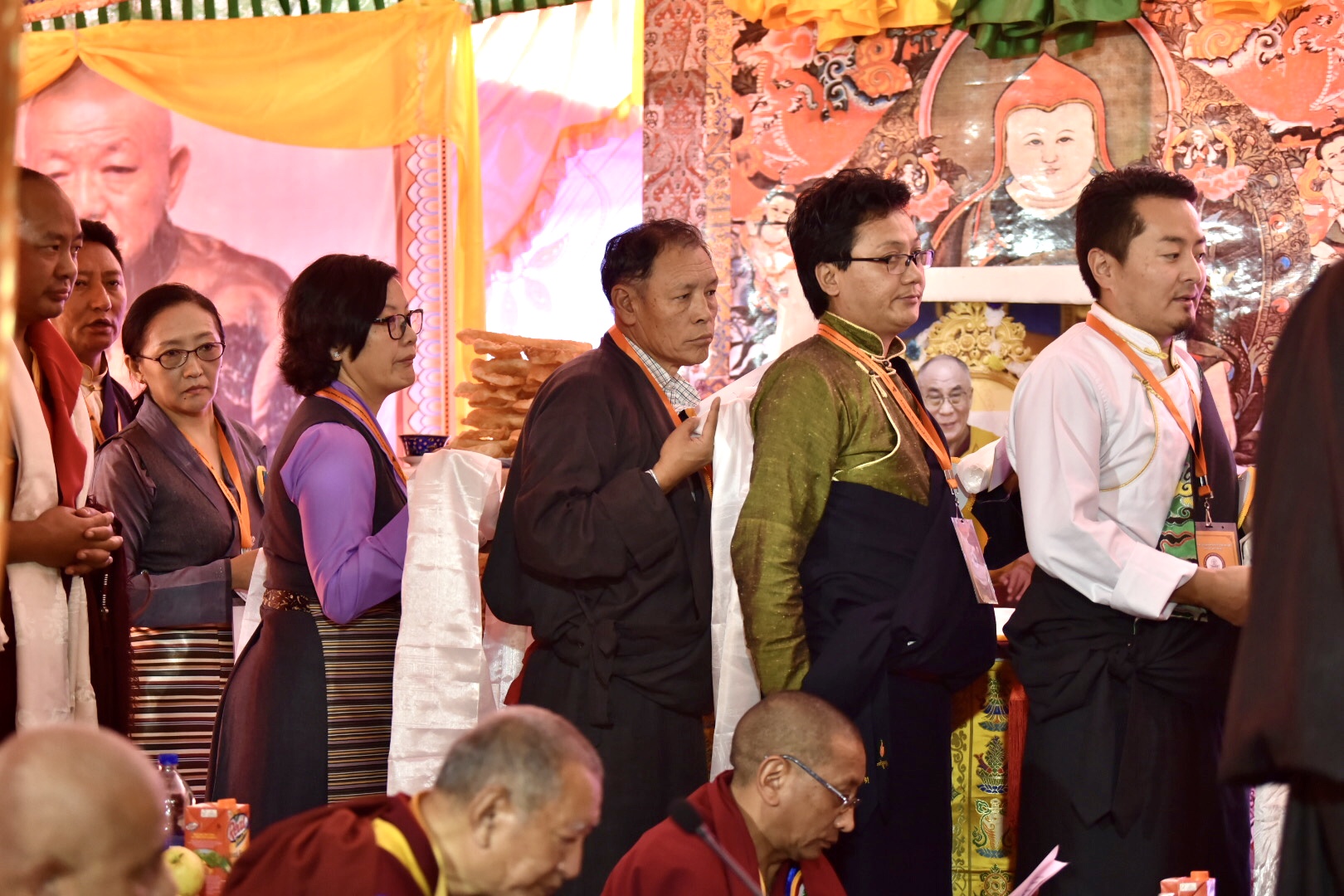 Members of the Tibetan parliament attend the enthronement ceremony of 2nd Jonang Gyaltsab.