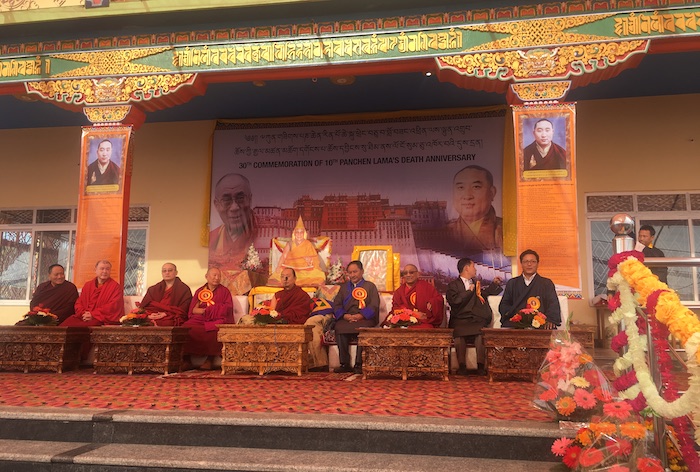 During the ceremony, the statements of His Holiness the Dalai Lama, Kyabje Gaden Tri Rinpoche, Kyabje Menri Trizin Rinpoche, Gyaltsab Khentrul Chekyi Nawang of Gyalwa Jonang, Kyabje Khochen Rinpoche and statement of Tash Lhunpo Monastery were read out by representatives of respective monasteries and institutions.

Sakya Gongma Trizin in his speech expressed the gratefulness of Panchen Lama for all the religious schools of Tibetan Buddhism including Sakya to rebuilt their monastic institutions which were completely destroyed by China.

“Panchen Lama had specially put so much effort in the preservation of Tibetan language, religion and protection of the fragile environment of Tibet.” said the chief guest.

The special guest Speaker Pema Jungney expressed his sincere thanks for the organising committee to organise such an event.

He said, “10th Panchen Rinpoche is the one among the successor of Panchen Lamas who tirelessly worked on both religious and political affairs of Tibet under the repressive policy of China.”

“The untimely passing away of Panchen Lama is a great loss for the people of Tibet to reconnect and improve the relationship between Tibet and China.” Speaker Pema Jungney further said. 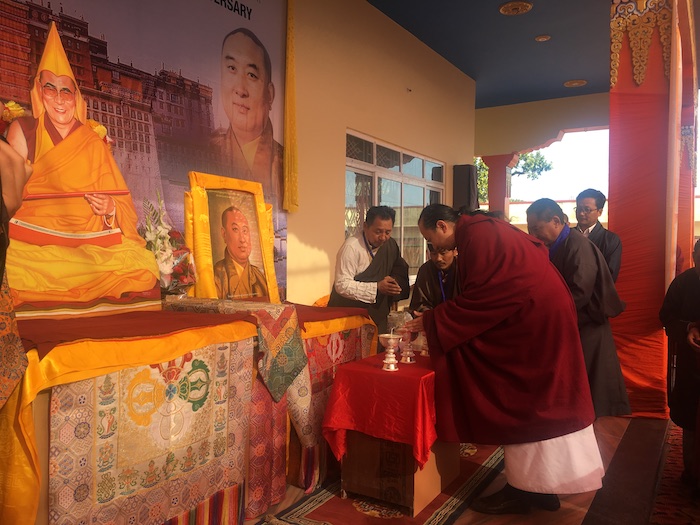 Remembering the 10th Panchen Lama’s advocacy for the preservation of Tibet’s unique cultural heritage, language and religion, Kalon Yuthok Karma Gelek said “His Holiness the 14th Dalai Lama and 10th Panchen Lama worked tirelessly to improve the situation in Tibet during its toughest times. Despite facing lots of trouble, Panchen Lama showed unwavering courage to work for the cause of Tibet and Tibetans by writing and submitting the 70,000 character petition about the Tibetan’s plight under the Chinese rule.

Panchen Lama was condemned and imprisoned for 13 years followed by 5 years under house arrest. Panchen Lama continued working to preserve Tibetan culture, religion, language and improve the lives of the Tibetans even after his release until he breathed his last in 1989. His tireless effort and unwavering courage have inspired Tibetans inside Tibet and those in exile to preserve Tibetan identity.” 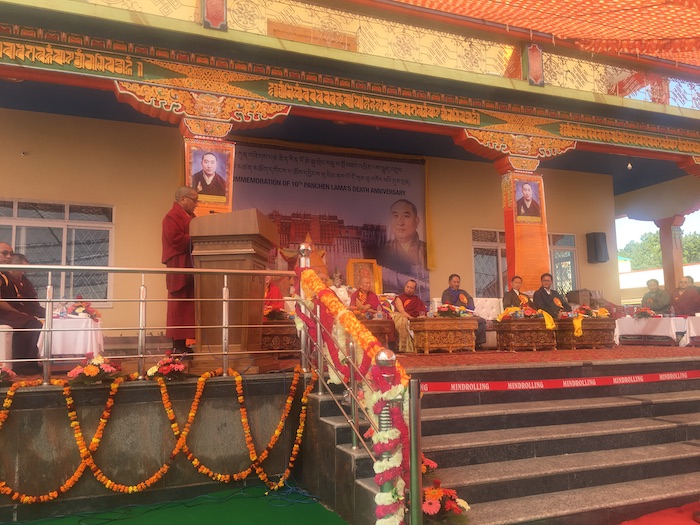