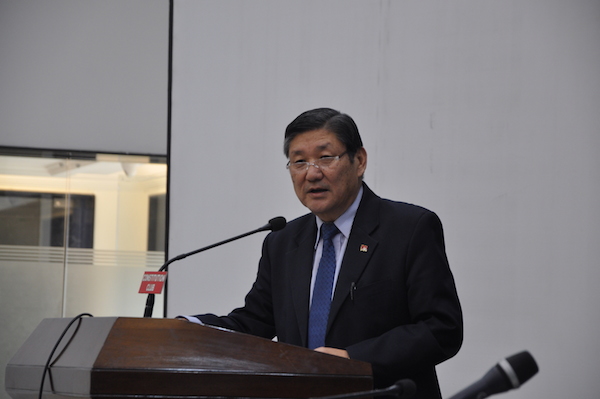 DHARAMSHALA: It has been a decade since China announced its infamous ‘Order no 5’ in 2007, decreeing that all the reincarnations or tulkus of Tibetan Buddhism must get government approval, explaining that anyone otherwise would be “illegal or invalid”.

The Chinese government has justified this step as an effort to institutionalize the management of the Tibetan reincarnation system and curb fraudulent activities.

The self-described ‘atheist’ state, even took the unusual step of publishing a list of “authentic living Buddhas” on the official website of its State Administration for Religious Affairs.

Unsurprisingly, the move was widely criticized by Tibetans as interfering in their religious belief. They called it China’s latest attempt to legitimise the occupation of their country by co-opting Tibetan Buddhism, the spiritual glue that binds Tibetan people into a single political entity.

“Interfering with Tibetan people’s faith for political gains has been an age-old practice of China’s political game. During the cultural revolution, they destroyed Tibetan monasteries and cultural relics in the name of modernization, and disrobed and disbanded monks and nuns from monasteries in an effort to brainwash Tibetans with socialist propaganda,” Sonam Norbu Dagpo, Secretary for International Relations and spokesperson of the Central Tibetan Administration said.

“They are now manipulating people’s faith in Tibetan Buddhism particularly the millennia–old tradition of reincarnation to control Tibet. It’s obvious that their ultimate goal is to grab Tibet’s institution of the Dalai Lama and use it as a political tool to legitimize their occupation,” he added.

“However, China should understand that the reincarnation system is a millennia old tradition that is deeply embedded in the Tibetan people’s culture, and China’s decade old policy cannot replace this tradition,” he explained.

Since 1951, China has controlled Tibet with a high-handed approach to its culture and religion. This overbearing attempt has won them few supporters and antagonised the majority of the population including inciting several popular uprisings.

Sensing the futility of their approaches, the Chinese government has implemented various carrot and stick policies to woo the Tibetan people but failed. They have now realised that it cannot rule Tibet forever without the influence of the Dalai Lama institution on the Tibetan people. This has prompted China to devise a strategy to ensure that the next Dalai Lama will align with its goals.

However, despite best efforts and millions of dollars down the line, China has emerged from this whole saga as ‘ridiculous’ and has invited itself much derision and mockery.

President Dr Lobsang Sangay, political head of the Tibetan people, has compared China’s meddling in the issue with Fidel Castro appointing the next pope.

He also exposed the irony of China’s policy wherein they scramble to hijack the legacy of the Dalai Lama institution, while rejecting the current Dalai Lama who has given the institution unparalleled gravitas and international recognition.

Hence, for now, the rule by reincarnation strategy of China in Tibet is currently seen as ‘flawed’ and ‘suspicious’. Early indications from the international community towards the issue has also pointed toward similar articulations.