BEIJING — Fallen Chinese politician Bo Xilai is likely to face criminal trial for trying to protect his wife from murder charges, analysts said Thursday, after his former police chief was tried for defection.

But they said the man who was once one of China’s most-high profile politicians, tipped for a place on the country’s top decision-making body, was likely to escape more serious accusations and would probably be imprisoned. 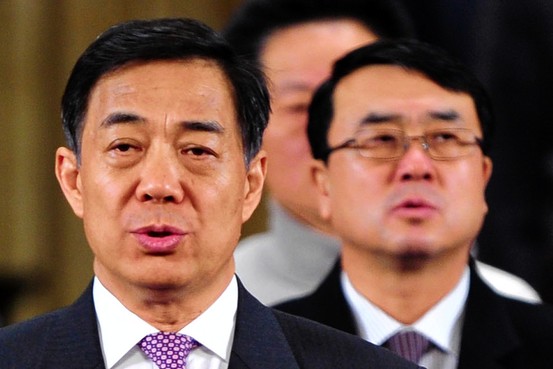 The comments came after the state-run news agency Xinhua released a detailed and lengthy report on the trial of Wang Lijun, Bo’s former right-hand man, for defection, bribery and other offences.

It said Wang briefed the “main person responsible” for the Chongqing Communist party committee — which Bo headed — about the suspected role of the politician’s wife Gu Kailai in the murder of British businessman Neil Heywood.

Wang was later rebuked and fled to the US consulate in Chengdu seeking asylum, blowing the scandal wide open and triggering Bo’s fall from grace, while exposing deep divisions in China’s ruling communist party.

Bo has not been seen in public for months.

The Xinhua account did not mention Bo by name, but implicitly raised the possibility that he could be charged with sheltering a criminal, which carries a maximum punishment of 10 years in prison.

Court accounts and official news reports on Gu’s and Wang’s cases did not implicate Bo in the more serious offences of bribery and murder, which can both carry the death sentence.

“I think there will be criminal proceedings, now that the charge of covering up a murder has been confirmed,” Zhang Ming, a professor of politics at the People’s University in Beijing told AFP.

“I don’t think there will be any additional charges. I expect he’ll get a prison sentence of about 10 years.”

Willy Lam, politics expert at the Chinese University of Hong Kong said: “Given the contents of the court’s report, it now seems highly possible that Bo will need to appear in a criminal court.”

But he added: “They have not charged him with corruption… he will not necessarily get a stiff prison term.”

Gu was last month convicted of Heywood’s murder and given a suspended death sentence, which is normally commuted to life imprisonment in China.

Xinhua quoted Wang as telling his trial: “I acknowledge and confess the guilt accused by the prosecuting body and show my repentance.”