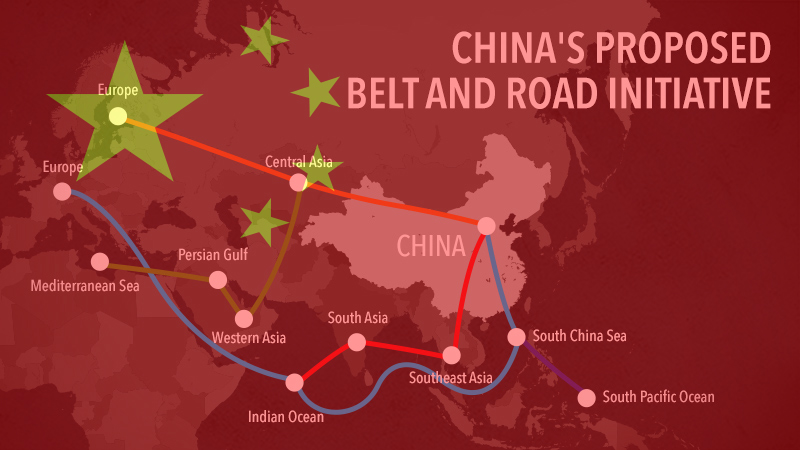 The multi-billion dollar Belt and Road Initiative (BRI) of the Chinese government is increasingly starting to cast a dark shadow over China’s relationship with the world.

World leaders from the US, as well as Europe and Australia have started to speak against this initiative for what they call is a massive imbalance of bilateral trade and investment.

Under the BRI, China has aspired to revive the ancient silk route and invest in infrastructure across Asia, central and Eastern Europe. However, in Asia, there is growing apprehension about China’s motives behind the BRI.

Many have accused China of trying to trap the host country with debts and then grabbing lands and other vital assets to further its geopolitical strategy and fulfill its expansionist designs.

Sri Lanka, a country to the South of India, is a case in point where massive Chinese investments have left the country struggling with debts. Unable to repay the debts, the country has formally handed over its strategic southern port of Hambantota to China on a 99-year lease in December last year.

Maldives, another small island nation in the Indian Ocean, is yet another example of China exercising its BRI diplomacy and trapping the host country in a debt trap.

When Chinese President Xi Jinping visited the Maldives in September 2014, Maldives joined the BRI as part of its Maritime Silk Road Initiative, a major component of which entails building infrastructure such as air and seaports, oil and natural gas pipelines and telecommunications networks. The projects were paid with grant aid and loans from China.

Now, trapped in a massive debt, the Island nation has allegedly ceded vital lands to China. “Without firing a single shot, China has grabbed more land than the East India Company at the height of the 19th century,” Mohamed Nasheed, the former President of Maldives reportedly said in response to China’s growing influence in the country.

Pakistan, a self-professed all weather friend of China is another country that is part of China’s Belt and Road Initiative. The two countries have embraced each other with the signing of the China-Pakistan Economic Corridor (CPEC). Under the CPEC, China has developed the Gwadar port in Balochistan Province.

Recent developments now indicate that China may use the port as a military base and that the Pakistani leadership has increasingly been realising that Chinese investment is more about China’s economic and strategic interest rather than bilateral trade.

Similar cases are also unfolding in the Philippines where the current strong man of the country Rodrigo Duterte is foregoing maritime disputes in the South China Sea to secure Chinese investment and trade.

All these incidents indicate that the Belt and Road project that China has initiated is turning into a one-way street of trade and investment benefiting only Chinese interests.

As a result, Theresa May, the UK Prime minister refused to endorse the project citing lack of mutual understanding on the project during her recent visit to China in late January this year.

With many smelling foul in China’s adoption of a divide and conquer strategy in Europe to rule the European markets, French President Macron have pursued a more reciprocal relationship with China, expressing it in no uncertain terms: “If it’s a road, it should be two-way,” he was reported to have told Xi Jinping. And true to his words, Macron during his recent visit to China have also expressed a lack of satisfaction with the initiative.

As the list adds on, China’s Belt and Road Initiative is not only an exploitation of free trade but exacerbates its divide and conquer strategy and the world is not only taking notice of the same but is beginning to speak up.