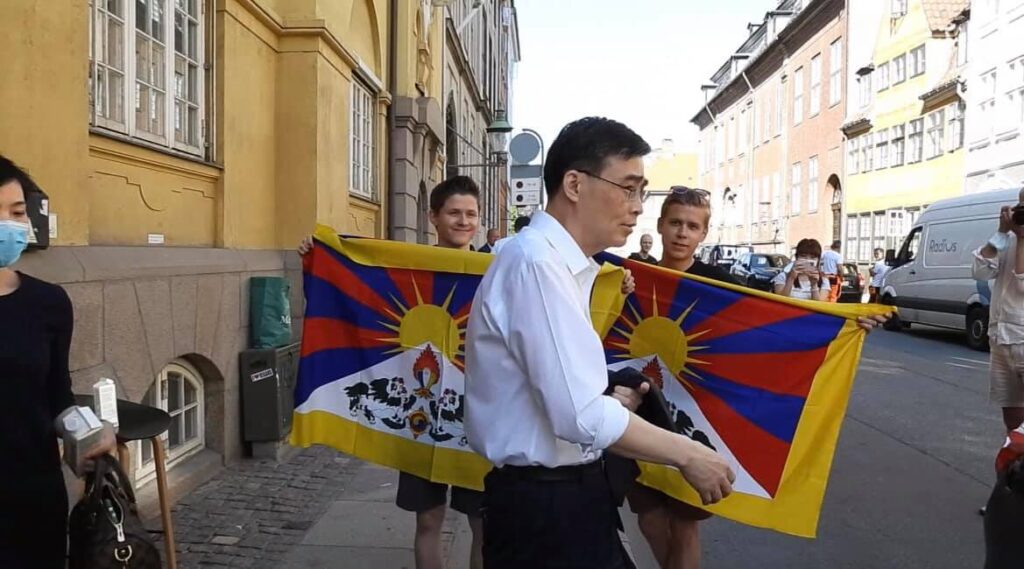 London: In a surprising turn of events, China’s ambassador to Denmark, Mr. Feng Tie encountered protesters outside the meeting venue in Central Copenhagen in Denmark.

On 18 June, the Tibet Support Group in Denmark together with the Danish China-Critical Society organized a surprise demonstration to protest against China’s ambassador to Denmark, Mr. Feng Tie during an interview to the political media Altinget in central Copenhagen on the occasion of the public political festival, Folkemødet (“The People’s Meeting”).

The protesters secretly met up outside the interview venue with Tibetan National Flag to protest against Chinese repression in Tibet, East Turkestan, Hong Kong, and China. The protesters chanted slogans in the face of Mr. Ambassador such as Free Tibet, Free Hong Kong, Free China.

– Filed by Office of Tibet, London