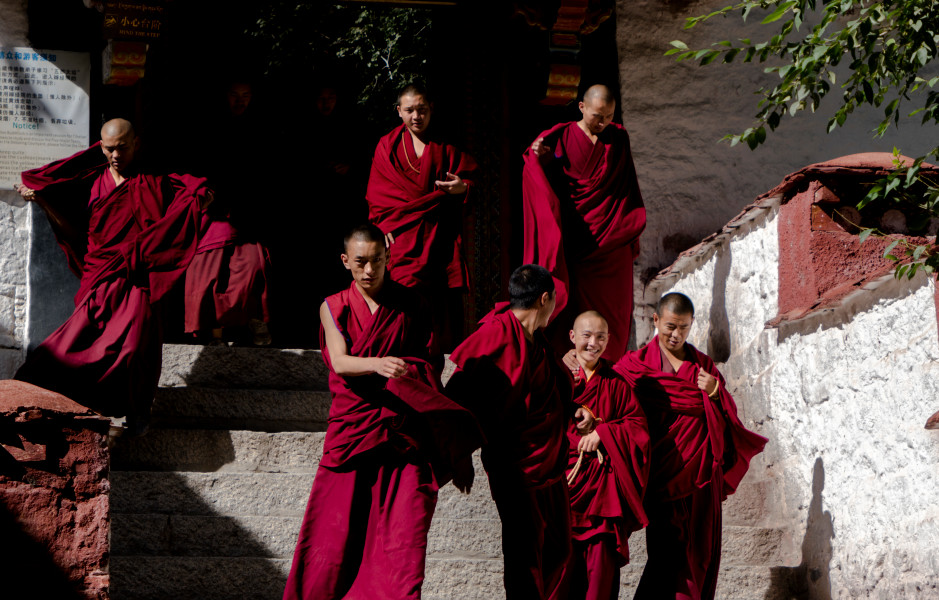 In April 2019, China Global Television Network (CGTN) published a short video report from a Lhasa high school. The reporter, wide-eyed and cheery, speaks about the facilities and curricula with unrestrained exuberance. A young schoolgirl, the feature of the piece, talks of wanting to continue her education outside of Tibet because she thinks she’ll learn more.

The student’s comments were no coincidence. CGTN is the foreign service of the Chinese Communist Party-controlled CCTV network and the closest thing China has to Voice of America. The video suggesting that young Tibetans want to leave their homeland to study in other parts of China fits a narrative Beijing is carefully building as its latest weapon to shape Tibet’s future.

For decades, the party has attempted demographic changes, cultural clampdowns and brute force to assimilate or Sinicize the region. Now, it’s attempting a dramatic new tightening of control over access to education in the region, as it prepares for a future after the 84-year-old, ailing Dalai Lama. Since May 2017, at least two schools in Lhasa, one in Chamdo — the third-largest city in the Tibetan Autonomous Region (TAR) — and one in Lhoka, another city, have issued notices to parents warning that their children must stop attending classes at monasteries. The Chamdo school’s notice ominously adds that “the higher authorities will be covertly watching, and those who break regulations will be dealt with.” In December 2018, the Communist Party’s United Front Work Department, which oversees policy concerning minorities, directly issued an order to party functionaries in Qinghai province — which neighbors TAR — to ensure that they stop informal classes held by monks in monasteries. The order described these classes as “dangerous” and “ideological infiltration among the young.”

THESE SCHOOLS ARE INTENDED TO ‘BEAT THE TIBETAN OUT OF THE CHILD.’- VILMA SEEBERG, KENT STATE UNIVERSITY

China has ramped up its efforts to get Tibetan children to study at state-run boarding schools outside the province. These boarding schools — known in Mandarin as neidi — have been around since 1985; until 2005, they were attended by a total of 25,000 Tibetan students. By comparison, an estimated 18,000 Tibetan children are currently enrolled in these schools, which provide free education, board, food, clothing, and school supplies. Tibetan neidi scattered across China are made up entirely of Tibetan students, and critics argue the government is trying to isolate them from the type of religious and cultural influences it considers dangerous.

“These schools are intended to ‘beat the Tibetan out of the child’ under the guise of educating a governing elite for the province of Tibet,” says Vilma Seeberg, an expert in Tibetan education under China at Kent State University.

Once students are moved out of Tibet, their experience is tightly controlled, says Tsering Tsomo, executive director of the Tibetan Centre for Human Rights and Democracy. “They aren’t permitted to interact with outsiders, and if older students leave the campus they may only do so if accompanied by one of their teachers,” she says. “It is an acceleration of their assimilation policy, basically making Chinese out of Tibetans.”

Simultaneously, the Chinese government is tightening its grip on access to education platforms within Tibet. A notice to parents at Jebumgang Primary School in Lhasa in May 2017 ordered them to ensure that their children don’t “engage in any superstitious or religious activity” in the fourth month of the lunar calendar when religious rituals and visits to monasteries are common for Tibetans.

The order from the Chamdo kindergarten in May 2018 cautioned parents that “if your children miss any days of school and are later found to have been secretly taken to a monastery or religious festival, your family will be reported directly to the city education bureau.” The ban, the order said, was to encourage “critical thinking” among children. In August last year, an upper-middle school in Lhasa made it mandatory for parents to sign an undertaking committing that “students must be stopped from attending various religious activities.” Punishments for sending children to classes run through religious centers are severe, including the removal of government welfare and subsidies. In one Tibetan county alone, between 1,000 and 1,500 students have been banned from attending classes that community leaders say are vital for the preservation of Tibetan Buddhism and culture.

But while these policies are being implemented, there’s evidence to suggest that the Communist Party has been preparing for a decade. China’s policy of moving nomadic Tibetans into new settlements, a policy which has accelerated since 2009, means “more and more Tibetans are dependent on the government for their livelihoods,” says Tsomo. The removal of subsidies and welfare services has become enough for Tibetans to take the threats of noncompliance seriously. “It is very sinister,” she says, but also very effective. Combined with the general escalation of President Xi Jinping’s campaign to undermine organized religions in the country, China is turning the screw when it comes to controlling avenues of education in Tibet.

The future doesn’t hold much promise, suggests Dhondup Samten, executive director of the Tibet Foundation. The U.K.-based charity runs education projects for Tibetan children, but while it offers cultural classes in Tibetan dance, music and crafts, it avoids religious education. “Other than monastic education to full-time novices, the monasteries’ educational outreach will need to go underground,” says Seeberg.

That’s not what the Dalai Lama would have imagined when, speaking in 2006, he said that education — government-run or through classes at Buddhist temples — was key to the advancement of Tibetans and the future of the region. Thirteen years later, Tibet’s spiritual leader might be rethinking those words.