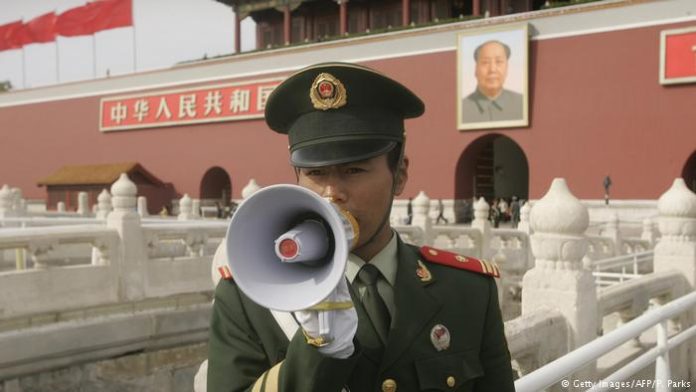 Hindustan Times, one of the leading Indian dallies, has on its Friday issue [13/12/2019] carried a full-page supplement with two ostensible articles by some Yuan Shenggao under the sponsorship of China Watch Daily, a mouthpiece of the Chinese communist regime. The articles are titled “Decades of progress highlighted”1 and “Unparalleled change experienced within a space of generation”2.

The articles claimed great development, economic prosperity, social stability, good ecology, ethnic unity and religious freedom that Tibet and Tibetans have achieved since the 1950s under the Communist regime. It talked big of double-digit growth in gross domestic product, increased tourism and elimination of poverty.

The statements in the articles are totally misleading and erroneous. It is a deliberate attempt by the Chinese communist leadership to misinform the Indians and international community to justify its occupation of Tibet. It quotes Wu Yingjie and Qizhala, the two top officials of the TAR (Tibet Autonomous Regions), the Party secretary and Chairman of Tibet Autonomous Regions respectively. The first article is based on the statements by the two leaders on September 12 in Beijing during a news conference organized by the State Council Information Office.

The fact is, for Tibetans, the seventy years of Chinese invasion and the rule have been a long-dreaded seventy years of brutal occupation and repression. More than 1.2 million Tibetans died, more than 6000 monasteries and nunneries faced destruction, and millions of scriptures and cultural artefacts have been burnt under the communist regime.

All those talks on double-digit growth in GDP can be ascribed more to the massive militarization of the Tibetan plateau, mining and exploitation of mineral resources, road building and tunnelling of the hills, damming and changing the course of the river flows, and large scale migration of Han Chinese into Tibet. There may be increase in the harvest and food production, but this is a natural economic course. The external infrastructural developments that the Chinese communist party (CCP) leaders boast of have benefited the Chinese people more than the Tibetans. In any case, economic development cannot legitimize the brutal occupation of the land.

CCP does not believe in religion, but they claim authority in selecting the reincarnation of high Lamas, including the Dalai Lama. The special meetings of all Tibetans and International Support Groups in the month of October this year, and Tibetan High Lamas’ meeting in November have passed a unanimous resolution that Chinese interference in the selection of the Dalai Lama’s reincarnation will not be tolerated by the Tibetans and the international communities.

The second article, “Unparalleled change experienced within space of a generation” where the personal story of three Tibetans, their achievements and happy life have been described. It is commendable that Kelzang Drolkar is a Party secretary of a community in Nachen sub-district of Lhasa and a three-time delegate to the National People’s Congress; Lhakpa Phantog, a successful entrepreneur; and Nyima Tashi, a professor and head of modern educational technologies center at Tibet University. But the important thing to consider here is do they really have the freedom in what they are doing, are they really happy?

Can Kelzang Drolkar, as a Tibetan, freely visit a local monastery for prayer and blessing? Can Lhakpa Phantog take his children to a monastery or travel around (in and outside the country) freely to conduct his business? Can Prof Nyima Tashi teach Tibetan language and Tibetan history freely to his students?

It talks about five airports with 92 air routes linking domestic and overseas destinations, highways and railways. But are the Tibetans allowed to travel? Are they allowed to hold passports? These are some basic questions that CCP leadership needs to answer to the Tibetans and the international communities.

On November 26, a young Tibetan by name of Yonten self-immolated himself to protest the repressive policy of the communist regime. Tashi Wangchuk, a language activist is still languishing in prison. A monk Sonam Palden from Kirti monastery was arrested recently for advocating Tibetan language rights. Highly respected Tibetan spiritual masters like Khenpo Jigme Phuntsok and Tulku Tenzin Delek suffered arrest, torture and died under the regime. Since 2009, 154 Tibetans self-immolated to protest the Chinese repressive policy. How do Yuan Shenggao, for that matter, Wu Yingjie and Qizhala explain this side of the Tibetan story?

If the Chinese leadership is really serious about their claims of happy life and democratic freedom in Tibet, let the UN rapporteurs, international diplomats and media visit Tibet and freely assess the situation. Freedom House has listed Tibet as one of the most inaccessible regions in the world. So, what freedom and development are Wu Yingjie and Qizhala speaking about?

Lastly, paid advertisement or otherwise, Indian newspapers should be careful not to become a mouthpiece of one of the most repressive and aggressive regimes who has kept India on toes through its intermittent border incursions all these years.

*Mr. Tsewang Gyalpo Arya is the Secretary of the Department of Information and International Relations (DIIR) of Central Tibetan Administration (CTA). He also holds the additional responsibility as Director of Tibet Policy Institute.

Disclaimer: The view expressed above is the author’s own.