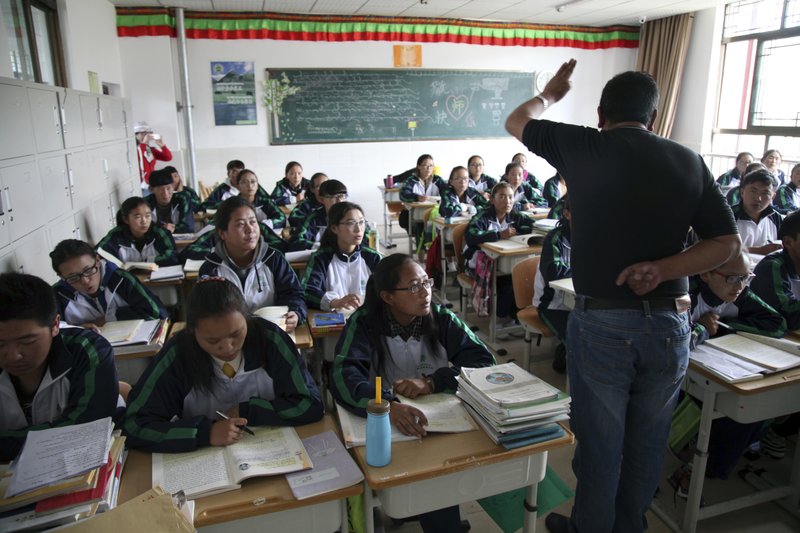 Dharamshala: Chinese authorities in the so-called Tibet Autonomous Region has ordered Tibetan children not to take part in any religious activities during their summer vacation. According to the Chinese state media Global Times, all underage Tibetan students are banned from “religious influences” citing school regulations.

The recent Global Times news report quoted an education official from Lhasa Middle School as saying that students were required to sign an agreement to “not take part in any form of religious activity during the summer vacation.” He also told that notices have been sent to both students and their parents regarding the ban.

A similar restriction on religious freedom was enforced earlier this month when Chinese authorities removed as many as 200 young monks under the age of 16 from Dza Serchul Monastery, and around 20 others from Jowo Ganden Shedrub Palgyeling Monastery, in Sershul County, Dzachuka in Kardze.

“Such official directives not only violate the Universal Declaration of Human Rights’ principles of religious freedom but the discriminatory policy also overstep China’s own laws including its Regional National Autonomy law that guarantees “autonomous areas” the freedom of religious belief and protection of religious activities,” said Secretary Sonam Norbu Dagpo, the Spokesperson of Central Tibetan Administration.

In May this year, Chinese authorities imposed a ban on Tibetan school children and their parents from observing the Buddhist holy month of Saga Dawa and partaking in religious events. Schools were instructed to inform the education bureau on absentia in class during the month.

Tibetan Buddhist institutions have for centuries been the hub of Buddhist education and the traditional system of learning that the Tibetan plateau is known for. However, more recently, China is persistently intensifying its already stringent regulations on religion and rights of the Tibetan people in Tibet. This was highlighted in the U.S. State Department’s recently released International Religious Freedom report. It stated, “In the TAR and other Tibetan areas, authorities continued to engage in widespread interference in religious practices, especially in Tibetan Buddhist monasteries and nunneries.” The report further noted that “repression increased around politically sensitive events, religious anniversaries, and the Dalai Lama’s birthday.”