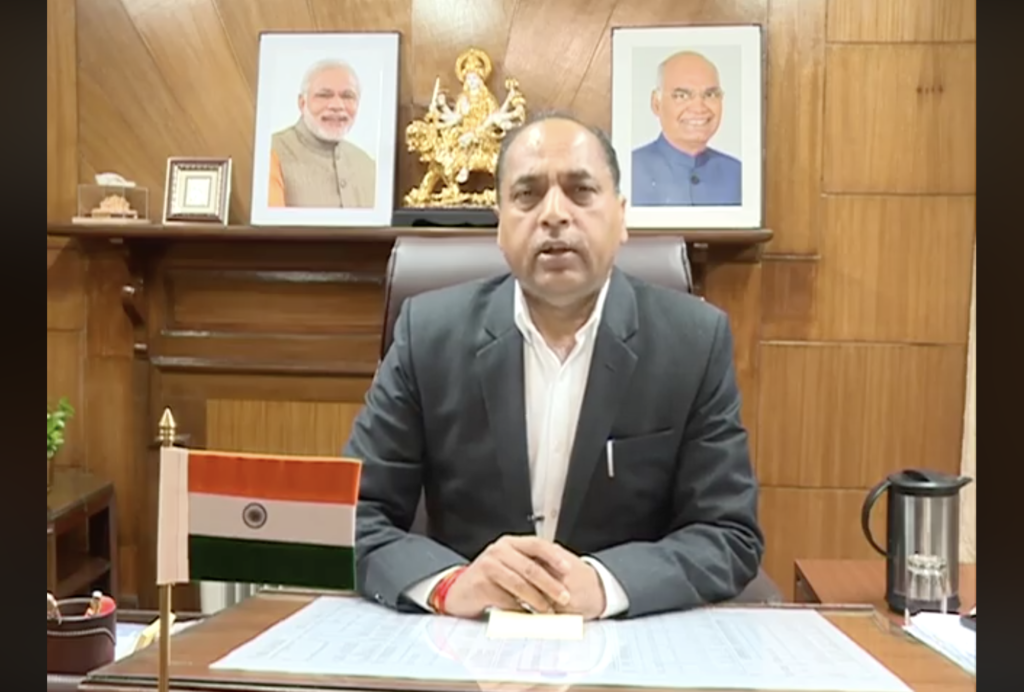 Addressing the public via the Live Times TV, the CM said, “In light of Coronavirus crisis worldwide and the increasing alarm in India, we find it important to take this necessary action and enforce lockdown in the state to prevent the spread of the disease.”

He also announced the closure of all offices under the Government of Himachal Pradesh for 3 days from 24 March 2020.

He appealed the public to fully cooperate with the government as he assured that together with the support of the people, the government can achieve a complete resolution to the crisis.

Furthermore, Kangra Deputy Commissioner Rakesh Kumar Prajapati said the authorities are currently working on listing all foreign travellers and those from other corners of India. The list is being collected from grassroots functionaries, like Anganwadi workers, Asha workers, village leaders, secretaries, and others.

“The list will be a comprehensive one which will be completed by Tuesday, at 2 pm,” he said, stressing that the focus will be on identifying potentially infected persons

“Through the media, I would like to appeal to the public to immediately inform our residents and field functionaries so that a comprehensive list can be compiled.”

He appealed to foreign travellers to immediately inform the concerned officials because if they delay informing, the situation might deteriorate.

“The lockdown is only 1% of our efforts, the rest 99% is to identify those people who might be infected and isolate them. It is possible that we can prevent the outbreak in Kangra.”

Addressing the media’s question on the death of a 69-year-old Tibetan at Tanda hospital. The DC responded that to his knowledge, “the 69-year-old Tibetan individual had returned from the US and arrived at Delhi on 15 March and on 21 March, he had reached McLeod Ganj by taxi. As his health had deteriorated in this morning, he went to Balaji hospital from where he was sent to Tanda where he passed away.”

The DC clarified that his sample was collected at 11 am and is being tested and thus far there has been nothing to link him to the disease. He urged the media to not carry the news of the death of the Tibetan in connection to the viral disease as it has not been confirmed yet and cases besides those affected by this pandemic are also admitted at Tanda hospital.

He added that the individual had followed home-quarantine on arrival, and he had started having acute problems from yesterday and then was admitted to the hospital, as shared by his family. Both the hospitals had informed the concerned officials about the same. Similarly, he urged people to share information on individuals who are known to have gone travelling abroad, so that it might help them protect themselves and their families.

On the issue of the 2 samples sent for testing, he said they would arrive tomorrow. The DC shared in some good news regarding the 7 samples sent yesterday, which all came back negative.

Separately, he said of the 2 previous cases which came positive in the preliminary tests and were sent to Pune for testing, that the results are still awaited on those and he would update them as soon as the test is completed.

He shared in detail about the lady confirmed positive- she had arrived from Dubai by air at Delhi on 18 March 2020. The flight had landed at 6.30 am and on the same day, at 8.30 am flight departed for Gaggal, those who had travelled on the same flight are informed to self-quarantine.

The man who is currently in isolation at Tanda now had arrived from Singapore on 18 March at Bangalore. On the same day, he flew to Delhi from where he left at 6.15 pm on Himsuta, HRTC’s Volvo bus. At 5 am, he deboarded at Nainital and he went to his brother’s residence.

By sharing this information, DC sought to inform those who had travelled on these flights and buses to self-quarantine. He said regarding stranded tourists that concerned officials had been instructed to see that they are provided with essentials like ration.

He then shared that Tanda hospital itself was placed under lockdown to ensure containment of infection. And after the sample results arrive, accordingly further steps will be taken. He said about the overcharging of masks and sanitizers that were being looked into by the government and emphasised that masks are necessary only for those having symptoms. 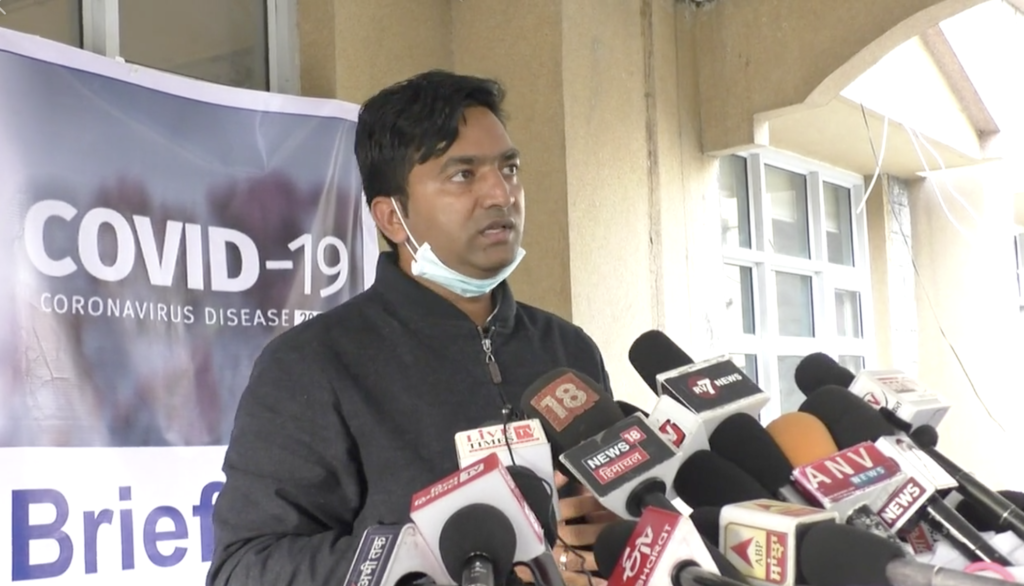