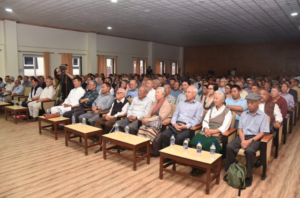 CTA ex-officials and civil servants at the banquet hosted by Kashag on behalf of CTA. Photo/Tenzin Jigme/CTA

Dharamshala: The Central Tibetan Administration led by Kashag hosted a special banquet for former CTA officials and staff yesterday in order to thank and honor their extensive services of many years at CTA.

All the former members of CTA arrived in Dharamshala to participate in Tenshug ceremony that was held today morning at the main temple.

Acknowledging the gathering, President Sangay extended his greetings and welcomed everyone especially the ex- CTA officials who rendered extensive service of no less than 10-20 years.

President acknowledged and highly lauded the members for their tireless effort, diligence, and undefeatable hard work and contributions to CTA and further to the cause of Tibet.

“The affirmation by His Holiness the Dalai Lama that he would live for over a hundred years is indeed a blessing to humanity” noted President Sangay.

President further noted that the collective aspiration of all the members who were gathered and who traveled from across the world to participate in Tenshug will certainly bring a positive impact on the wellbeing of His Holiness the Dalai Lama. President also notified that the worldwide humanitarian support that the Tibetans have received throughout the decades and are continually receiving is due to the benevolence of His Holiness the Dalai Lama. His Holiness has right from the tender age of 16 assumed full political power along with being a spiritual leader of Tibet.

“His Holiness’ considerable and expansive contributions not only to the cause of Tibet but humanity at large is what enabled us Tibetans to raise our heads in dignity,” said President Sangay. The success story of Tibetans in exile is attributed to none other than His Holiness the Dalai Lama whose vision and guidance made it possible.

President also acknowledged the expansive contributions of the former and ex-officials of CTA including other civil servants and thus duly credited them for their indefatigable service that enabled the exile story of Tibetans to become a prime example of success to the rest of other refugees in the world. President once again acknowledged and expressed his gratitude to all the present ex-CTA officials and civil servants.

The grand event also included cultural performances by the artists of TIPA. 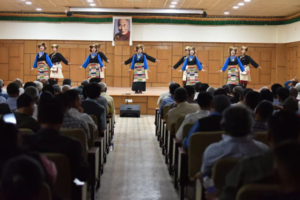 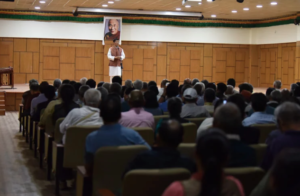 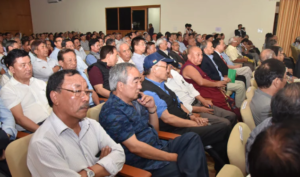 Section of the guests comprising of ex-officials of CTA. Photo/Tenzin Jigme/CTA 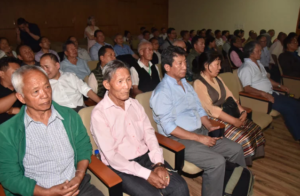 Section of the guests comprising of ex-officials of CTA at the banquet hosted by Kashag. Photo/Tenzin Jigme/CTA 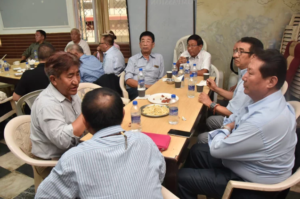 Members of CTA’s ex-officials interacting with each other. Photo/Tenzin Jigme/CTA 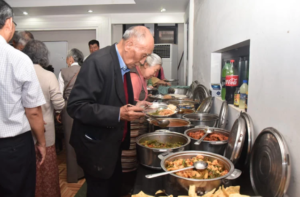 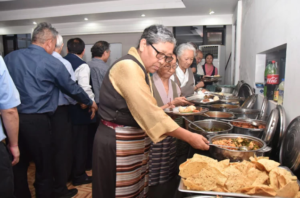 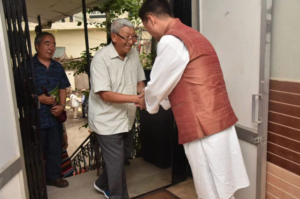 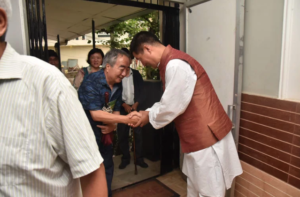