Washington DC: Representative Ngodup Tsering, Office of Tibet, Washington DC and Chinese Liaison Officer, Tsultrim Gyatso, were invited by the University of Rochester’s College Republican organization to talk about “Tibet Dialogue! It’s Future and Democracy in Exile.” Their event was briefly interrupted by few Chinese students who were distributing pamphlets. However, the organizers cordially talked to the protesters and a meaningful dialogue assumed in its place.

The next day, however, a prominent lama who had an event in the town and University was heckled.

Bobby Walker, the Chairman of the New York Federation of College Republicans, issued a statement posted below, regarding the attempted censorship of speech at the University of Rochester; the Chinese Students’ Association attempted to stop events about controversial China human rights crises through litigation.

Walker calls for an investigation of the Chinese Students’ Association and alleges that their conduct is likely to gain favor by the CCP. 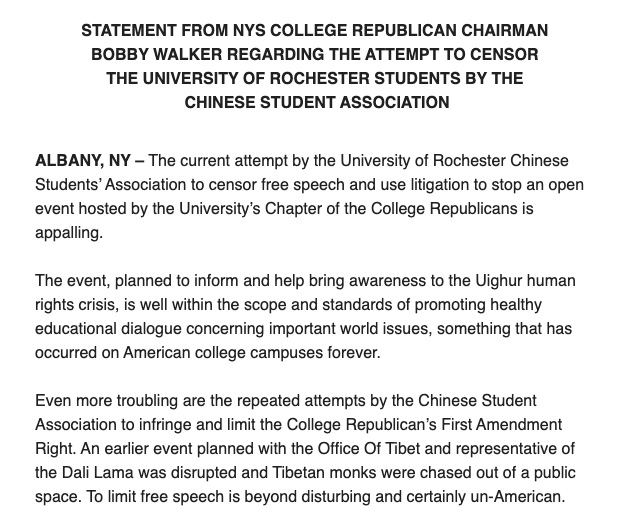 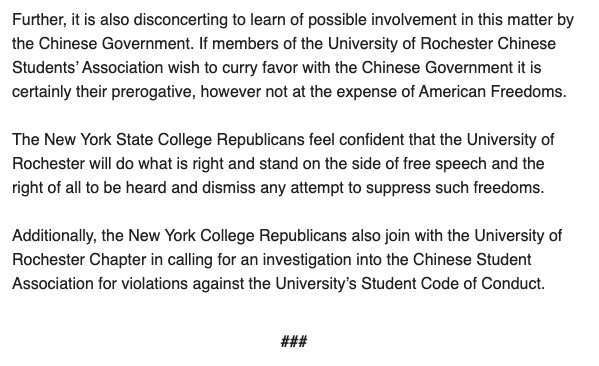