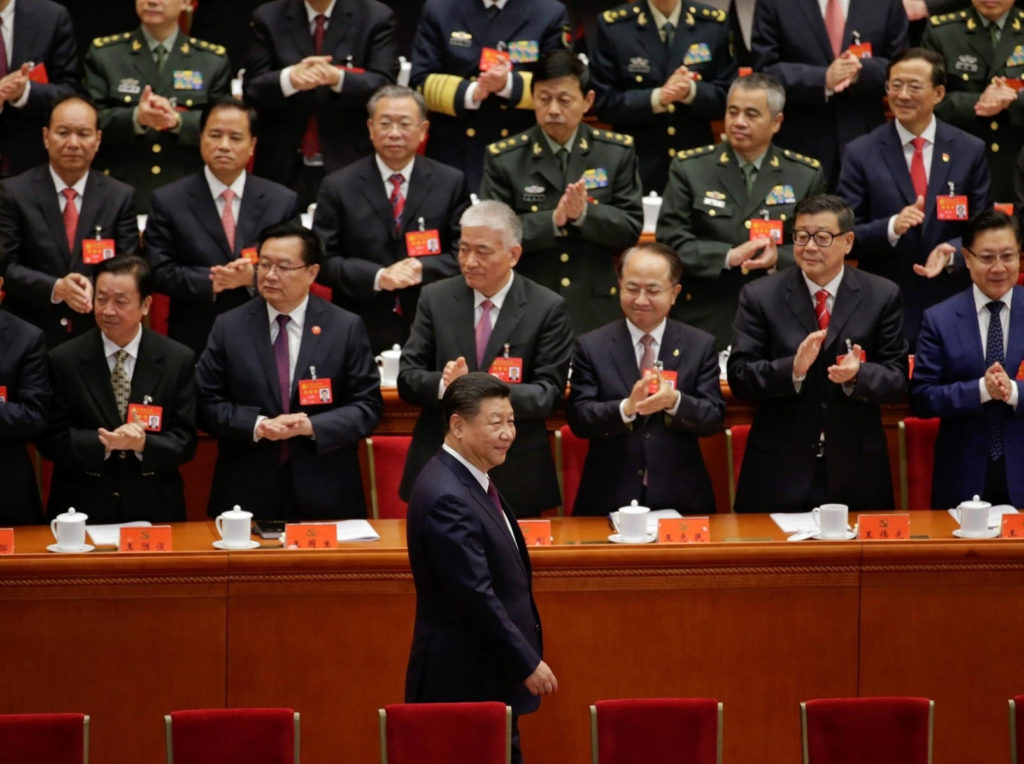 President Xi Jinping arriving for his speech at the opening of the 19th National Congress of the Chinese Communist Party, held at the Great Hall of the People in Beijing.

Since the 1990s, as China’s economic might started looming large, China has adopted an aggressive foreign policy based primarily on economic ultimatums and military posturing. The world largely stood by and acquiesced, not wanting to stir the financial prospects that could be gained from a favorable relation with the world’s fastest developing economy.

However, the last two months saw a spate of developments that shook the very belief and confidence of an invincible China that the country wanted to showcase to the world. China was caught in several international imbroglios that it found itself most difficult to retract from, and was left humbled, if not humiliated, from its own display of brazen bellicosity.

First, China’s attempt to bully Botswana, a small African nation from preventing the visit of Tibetan spiritual leader His Holiness the Dalai Lama to the country was met with outright rejection. Botswana not only stood its ground but also extended another invitation to the Tibetan spiritual leader when the latter couldn’t visit the country as scheduled, owing to exhaustion.

Ian Khama, the President of Botswana, refused to relent to China’s intimidation and declared that Botswana is not ‘China’s colony’ and reserved its sovereign prerogative to decide who to allow into its territory. It was a too hard a blow for China to handle.

Another regional issue that China was embroiled in was the Doklam standoff that also involved India and Bhutan. India sent its troops to stop a Chinese construction company from building a road in Doklam, a disputed tri-junction between China and Bhutan. Due to the territory’s geographical proximity to the Siliguri corridor that serves as a vital link between India’s mainland and its northeast region, India expressed deep concerns over the road construction. The stalemate lasted for over three months during which China resorted to diatribe, military threats and animosity even on the vitual space, while India kept its calm and pursued diplomatic channels, deciding to out-wait an adversary whose perceived invincibility has suddenly taken a knock.

The eyeball-to-eyeball confrontation was finally resolved with both countries unilaterally withdrawing their troops from the region in the end of August just days ahead of a crucial BRICS summit hosted by Beijing. The peaceful resolution of the dispute was seen as a significant geo-strategic win for India who diligently avoided an all-out war situation with its intimidating neighbor. Moreover, India’s restraint during the Doklam stalemate and the ability to stand up to China has certainly bolstered India’s international standing.

Yet another country that refused to bow to China’s pressures was Austria. Brigitte Oeppinger-Walchshofer, a senior Austrian diplomat while speaking to a leading English daily in India said His Holiness the Dalai Lama is welcome to visit her country and added that no country should succumb to Chinese pressure while deciding on possible visits by the Tibetan spiritual leader.

All these interesting developments point to the fact that the world is slowly waking up to China’s shallow threats and standing up to its bullying and intimidation tactics. These developments are likely to be seen as proof that China’s attempts to bully other nations particularly those that are smaller and economically weaker into submission can be countered by determined diplomacy. The perceived invincibility of China has certainly taken a hard knock and it will hopefully encourage China to behave more sensibly and responsibly in the future. This will ensure global stability and harmony at multiple levels.

(Disclaimer: Views expressed here are that of the individual and does not necessarily reflect those of the Central Tibetan Administration)

*Jamphel Shonu is the editor of Tibetan Bulletin, the bi-monthly english magazine of the Central Tibetan Administration. The article first appeared in the July-August issue of the magazine.*