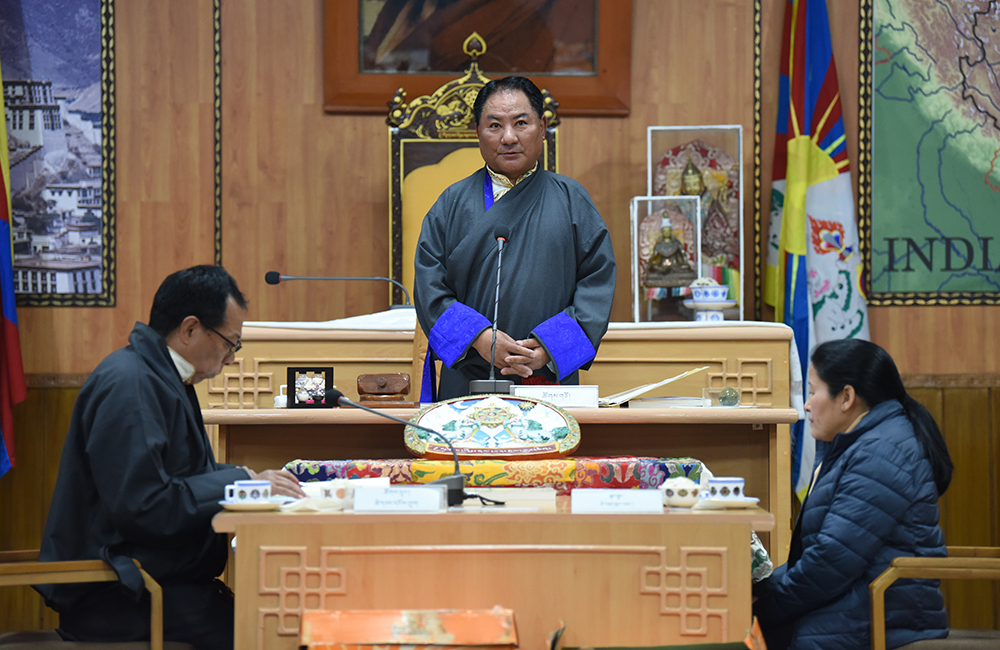 Dharamshala: The Budget session of the 16th Tibetan Parliament that had been curtailed to one day due to growing concerns over the Coronavirus pandemic began this morning at Gangchen Kyishong.

In his brief opening remarks, Speaker Puma Jungney said the one-day budget session will strictly follow the set agenda which includes presentation and finalisation of the annual budget of Central Tibetan Administration for the year 2020-21 and adopt resolutions of mourning and solidarity.

The inaugural session unanimously proposed two official resolutions of mourning to condole the demise of Tibetan self-immolator Yonten and Geshe Lharampa Tashi Gyaltsen, former member of the 12th Assembly of Tibetan People’s Deputies (now called the Tibetan Parliament-in-Exile). It also proposed an official resolution of solidarity with the sufferings of Tibetans inside Tibet.

This daylong Budget session will discuss and approve the budget of the Central Tibetan Administration for the year 2020-21. 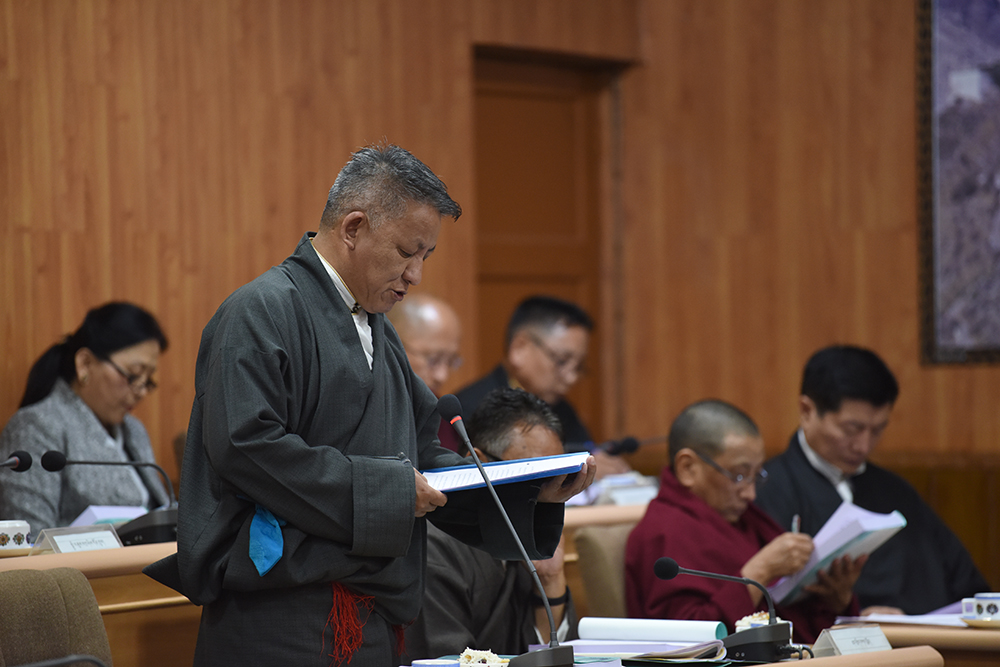 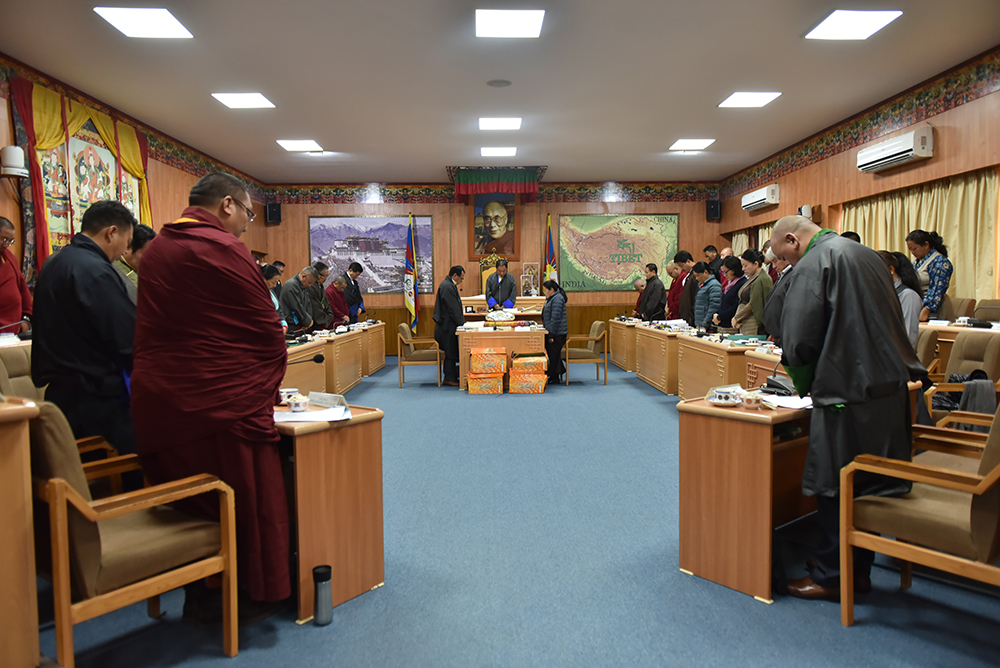 Members of the Parliament observes a minute of silence in mourning. Photo/Tenzin Phende/CTA