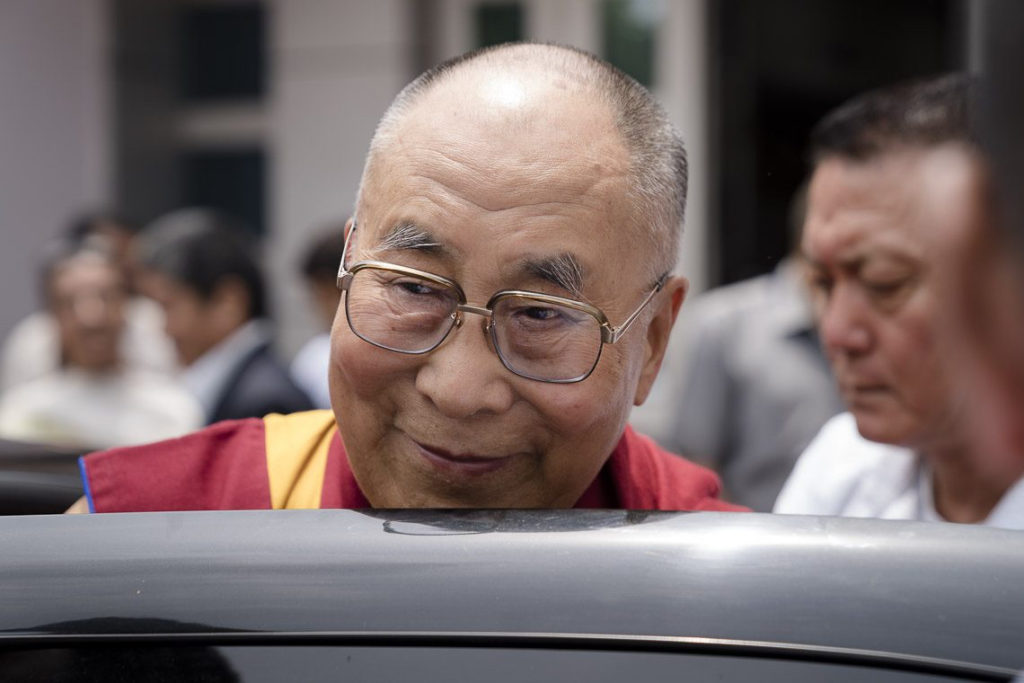 His Holiness the Dalai Lama smiles before leaving for Mumbai from Delhi/ Photo: Choejor/OHHDL

Dharamsala: The Office of His Holiness the Dalai Lama confirmed the cancellation of His Holiness’ visit to Bostwana originally scheduled for August 15-20 this year.

“Earlier today, His Holiness the Dalai Lama wrote to both His Excellency Ian Khama, President of the Republic of Botswana and Dr. Susan Bauer-Wu, President of Mind & Life Institute today, expressing profound regret at having to cancel his impending visit to Botswana due to exhaustion,” read the statement on www.dalailama.com

It further mentioned “During the past few weeks, His Holiness has found that carrying out his activities has left him unusually tired. Although he had been eagerly looking forward to visiting Gaborone from August 15 to 20 and participating in the Mind & Life Conference and other engagements, His Holiness has reluctantly had to concede that his 82-year old body was telling him to rest.”

It further mentioned “Since his physicians have also advised him to avoid undertaking long journeys for the next few weeks, His Holiness will return to Dharamsala to recuperate.”

In his letter to President Khama His Holiness expressed deep admiration, respect and gratitude to him and the Government of Botswana for their unwavering principled stand to welcome him to their country, despite overwhelming pressure not to do so. His Holiness repeated his disappointment at being unable to come to Botswana at this time.

In his letter to Dr. Susan Bauer-Wu His Holiness wrote, “I was very much looking forward to visiting Botswana and participating in the Mind & Life Conference centered on discussions of Ubuntu, which is very similar to my fundamental belief that we are all interdependent and therefore need to conduct ourselves with a sense of universal responsibility. Despite my absence, I urge all of you to continue with the conference, to hold valuable discussions and publish the results. Many of you are familiar with how I think and can share those ideas with others during the proceedings.”

His Holiness requested Dr. Susan to offer apologies on his behalf to her fellow organisers, as well as all the panelists. His Holiness expressed his happiness and joy to know that the conference will remain as scheduled.