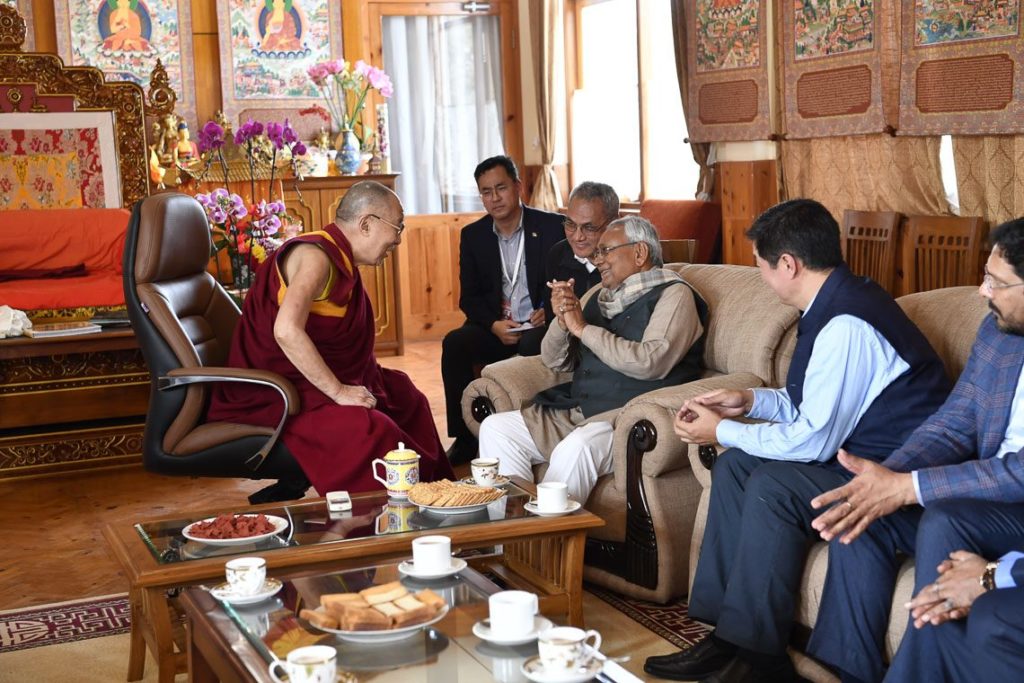 Bodh Gaya: Honorable Chief Minister Shri Nitish Kumar of Bihar called on His Holiness the Dalai Lama at the latter’s residence in Bodh Gaya on Wednesday. Sikyong Dr Lobsang Sangay, the democratically elected leader of the Tibetan people, was present too at the meeting.

His Holiness the Dalai Lama who has been at Bodh Gaya since 24 December, received the Chief Minister at Gaden Phelgelying and presented him with a traditional Tibetan scarf as a token of blessing.

His Holiness greeted the Bihar Chief Minister warmly, calling him “an old friend and someone who has shown interest in the Nalanda tradition.”

His Holiness the Dalai Lama further said, “In few centuries, Nalanda has become a top learning centre. It can be proved that many masters/scholars who have come from Nalanda institute are not just religious persons but in academic fields like psychology.”

The duo last met in December 2018 during His Holiness’ engagements in Bodhgaya. 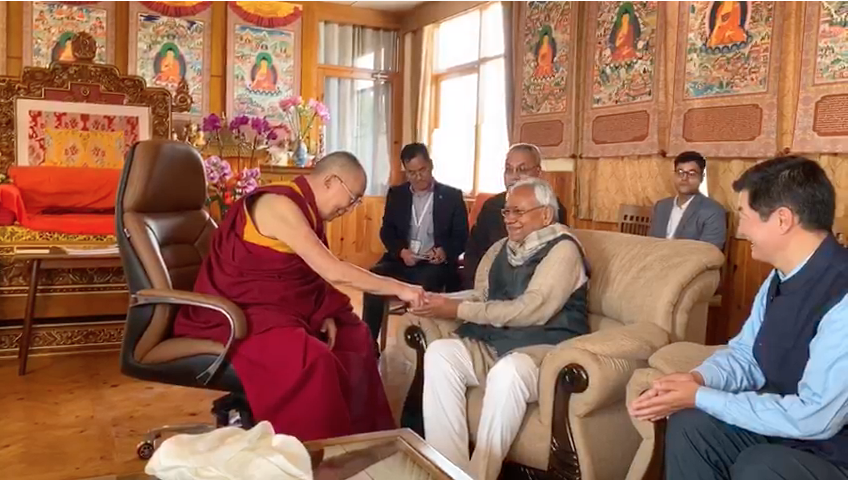