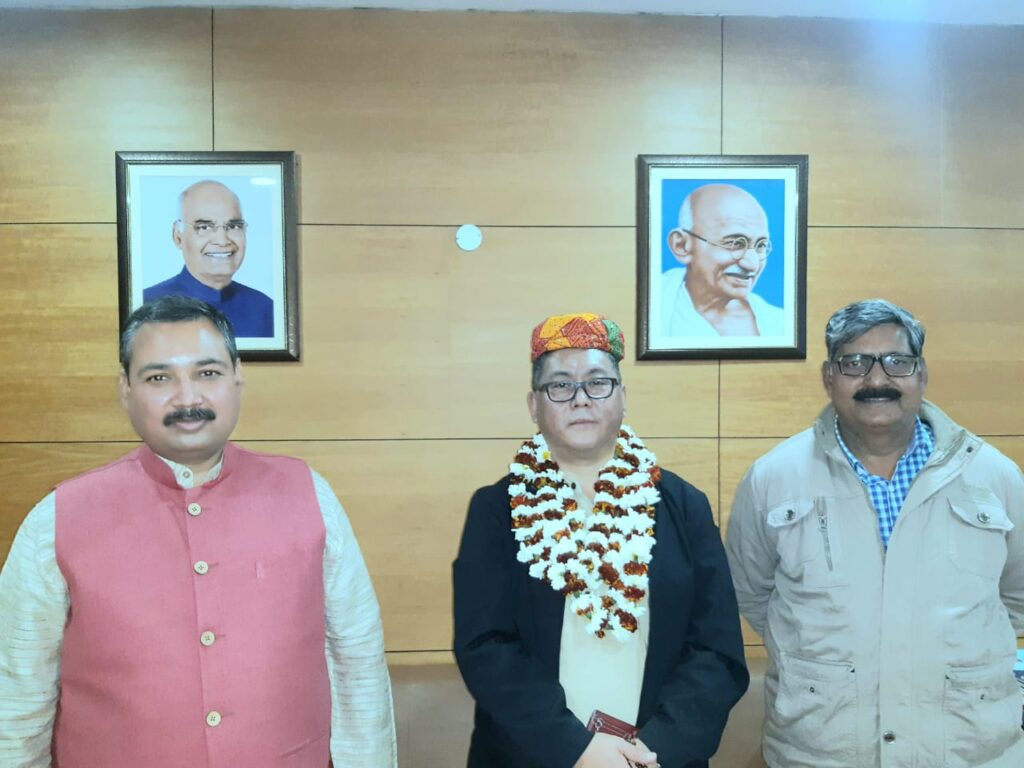 8th February 2021, Jaipur:  The Coordinator for India Tibet Coordination Office, Jigme Tsultrim attended a day-long engagement in Jaipur including visitation to the Institute of Health Management Research (IHMR), Sanganer and meeting with the President (Officiating), Dr. Prahlad Rai Sodani. The meeting was arranged with the assistance of Ms. Namgyal Wangmo, Academic Executive at the Institute.

The coordinator briefed him about the programs, events, and avenues organised by ITCO in disseminating knowledge upon Indo-Tibet relations and the areas where it can provide value-added information that deemed fits within the parameters of Institutional guidelines. He briefed him about the journey of Tibetans in exile during the last more than six decades – its achievements yet not the final destination.

The Officiating President, in his response, assured that IHMR would look forward to organising an event entitled ‘A Day for Tibet’ at the campus to engage its students to know their roots and its values that are being preserved by its neighbors especially Tibetans. Followed by this, the Coordinator also met Dr. Rahul Ghai, Associate Professor, Dean, SDS, IHMR along with Ms. Namgyal Wangmo and also briefed him on the same. The Dean being a strong advocate of Tibet and its sovereign rights, reiterated to do everything possible in bringing such academic exchange programs that serve the larger purpose of Tibet’s significance to peace and stability in the Indian peninsular.

The Honorable Governor of Rajasthan, Sh. Kalraj Mishra called on the Coordinator at his official Rajbhavan residence along with Sh .Saraswat. The delegation met the Honorable Governor and briefed him on the prevailing situation inside Tibet, policies that are being executed by the CTA, the recent ongoing Tibetan Parliamentarian and Sikyong election, and the aspirations of Tibetan people throughout the world particularly India.

Coordinator related the ecological disaster that is being caused by Chinese so-called development projects inside Tibet especially upon the natural flow of those rivers that safeguards the existence of mankind especially South Asian continent. These projects have largely contributed in causing other natural disasters including cloud burst, earthquake, and blasting of a lake that has formed out of glaciers including the recent one in Chamoli in the state of Uttarakhand.

Honorable Governor, Sh. Kalraj Mishra after having listened to the delegation expressed his good wishes for CTA and good health for His Holiness the Dalai Lama. 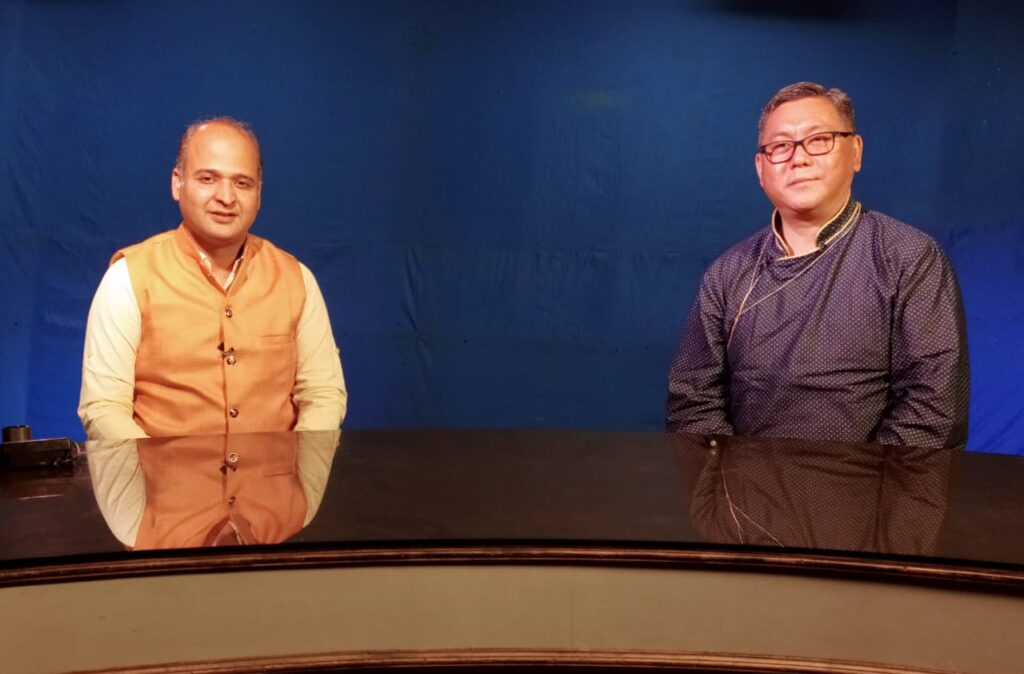 After having left the Rajbhavan, the Coordinator then visited Doordarshan Bhavan, Jaipur where he took part in a special weekly program interview that is being relayed by Doordarshan on coming Sunday i.e. 14th February 2021. The program is entitled “Mudde ki Baat – Tibbat, Bharat aur Cheen Sambandh” anchored by Sh. Vivekanand Sharma and produced by Mr. Surendra Saxena and co-produced by Mr.Tulsiram Mahavar. The interview involved discussions on Tibet, India and China.

At the end of the day, the Coordinator attended a public meeting under the banner of Bharat Tibbat Samanvaya Sangh at Daffodil Public School, Durga Marg, Bani Park, Jaipur. Sh.Om Prakash Tripathi, formerly retired from Bank of Baroda, regional convener of BTSS made the introductory address which was then followed by Sh. Richhpal Singh Kaviya,  a defense and analysis expert who protested the Chinese Communist Government policies and investments that are being solely based upon the self-vested interest of the Chinese Government itself. He added that time has come now for all the Indians to wake up and stand united against the injustices brought upon the minorities and weaker sections of the community including Tibet and its people.

Sh. Saurabh Saraswat, the key figure of BTSS introduced all the members gathered at the occasion and extended a warm welcome at the meeting. As the logo of BTSS was formally launched during the meeting, Sh. Saraswat elaborated the ideals behind forming this organisation and the potentials of members who wish to carry forward the torch of this journey that safeguard not only the interest of India and Tibet but also for the entire mankind. He sought assurance from the gathering and particularly from the members to engage in any interaction that could leverage the plight of the Tibetan cause.

He expressed his forthcoming plan of organising a national level meeting of members of BTSS in Delhi and a cultural program in Jaipur in the coming months.

The coordinator presented the picture of Tibetan in exile – its past, present, and future aspiration. While sharing this, he thanked the support of the Indian people and their respective government. In addition to this, he shared the functioning of ITCO and its aim of ensuring Tibetan justice of freedom and safeguarding the interest of the Indian people. 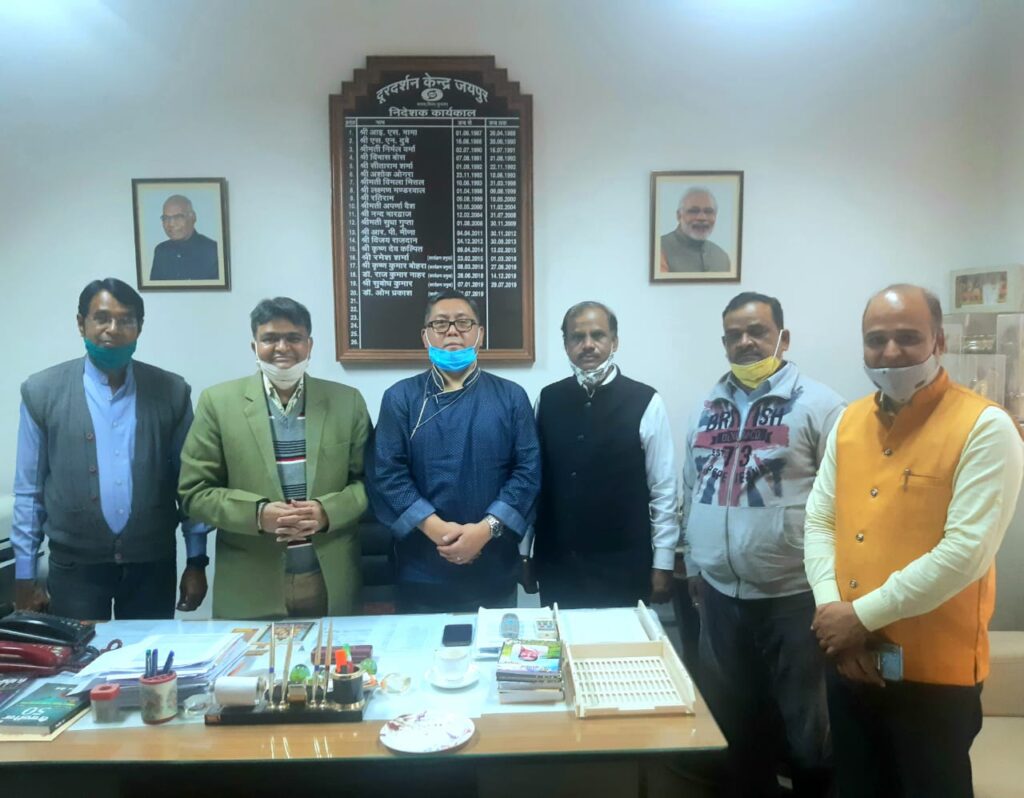 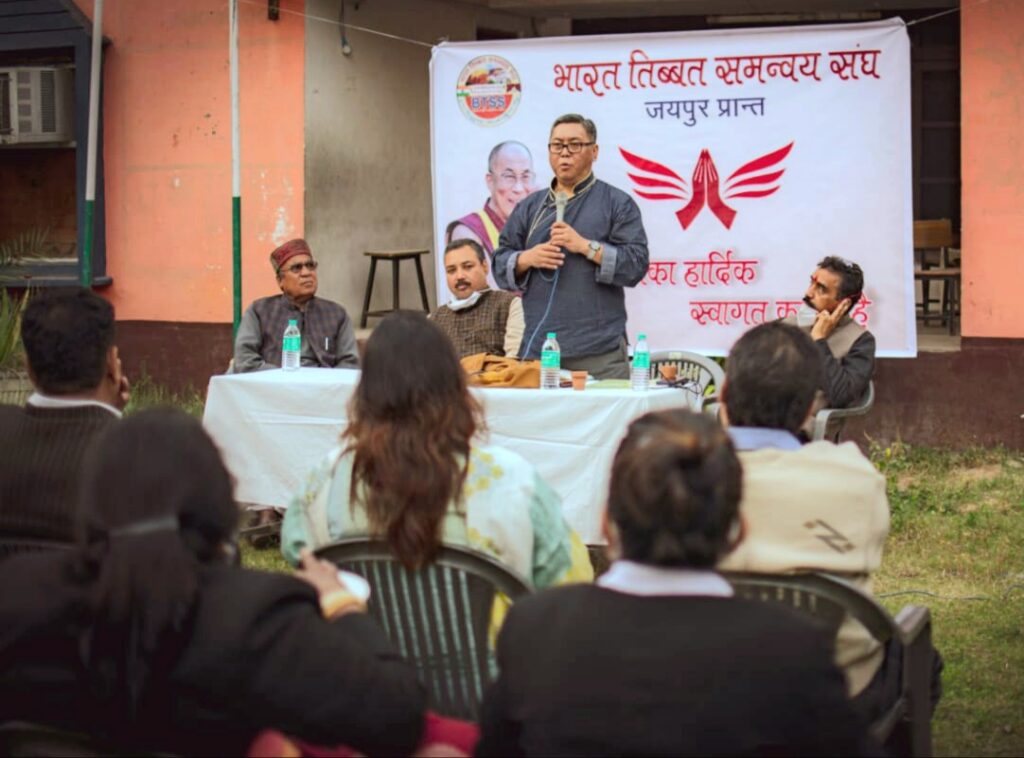 Participants at the meeting of BTSS at Daffodil Public School, Navi Park, Jaipur 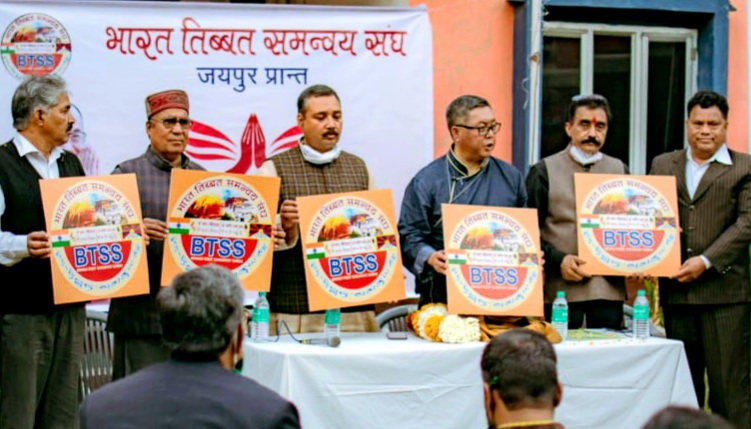