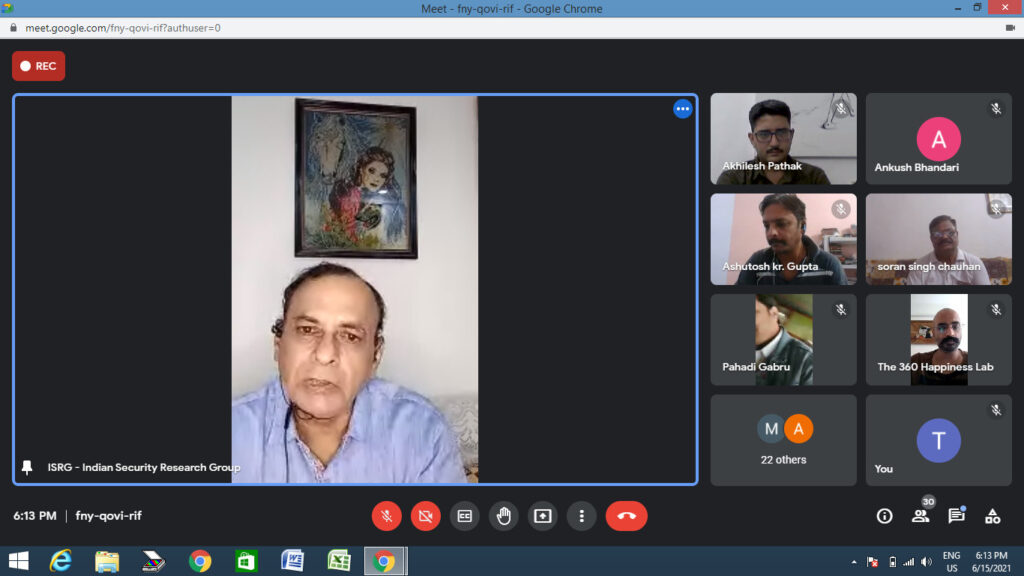 15th June 2021: From any corner of India that enthrals the idealism of Nationalism can be encompassed with the valour of those individuals who serve in uniform selflessly guarding the frontiers of the Nation. Marking the day off with the spirit of Nationalism, Bharat Tibbat Samanvay Sangh (BTSS) organized Galwan Victory Day by offering salutations to the Jawans of the Indian Army who laid down their lives in Galwan Valley shielding India’s territory against the ill-design expansionist incursion of Chinese People’s Liberation Army on this fateful day of June 2020.

Eminent speakers were invited to address the occasion that has not only seen the phase of the Indian Border Development Strategy but have experienced the ground realities in serving in those terrains. Shri N. K. Sood, the former senior officer at RAW hinted that the Chinese Communist Government has been plotting in every possible way that diminishes the growth and solidarity of India. From CAA to Farmer’s agitation there has been invisible involvement from CCP. Shri Sood while presenting the facts and figures of Chinese preparedness in its expansionist designs from the South China Sea to Africa, he emphasized that India must also expand its muscles and machines to combat any eventualities that may have been unforeseen. Reiterating here, he underlines that the only strategic mechanism that India can contain CCP is by giving leverage to the issue and identity of Tibet and its indigenous people.

Addressing the event, Shri Sanjay Soi, Maj. Gen. (retd.) stated that as every Indian stands united with the spirit of Indian Jawans at Galwan Valley, frightened with this, the Chinese Government hasn’t disclosed the figure of the casualties that have taken at their end. Even the Chinese government doesn’t extend due respect to its own soldiers. Shri Soi underlined the fact that what happened in Galwan has made the world stand behind India as it has demonstrated that India is not now what it was 60 years before. India can take the line of offence and has great potential if the situation arises.  Relating to Tibet, Shri Soi reiterated that India’s relation with Tibet is not simply geographical but also religious and cultural. He added that today there is a fair amount of Tibetan population who reside in India and upon whom India and its people can count.

Eminent educationist Prof Manoj Dixit, Ex. VC, Awadh University, Ayodhya & Member, CAC, BTSS emphasized that it is now prudent that we must work upon creating an international view and its pressure upon the issue of Tibet. The sooner we succeed in this, the faster we can free Tibet. Highlighting one of the objectives of BTSS, Prof. Dixit clarified that Tibet represents an extension of Indian culture and Sangh must create an international narrative in this order.

Coordinator for ITCO, Mr Jigmey Tsultrim highlighted those events that endorse Chinese Communist Government’s tampered acts upon the minds and hearts of Tibetan people inside Tibet, self-immolations since 2008, world’s renewed attention and expectations from the newly-elected Sikyong Shri Penpa Tsering and suffocation amongst Chinese people against its Communist government. He spoke of the recent giving away of the Pulitzer Prize for journalism to Ms Megha Rajagopalan, PIO, working for Buzz Feed News in the US that unveils the illegal and inhumane establishment of detention centres in Xinjiang by CCP despite innumerable challenges she has faced in unmasking the realities within. He added that the Galwan Valley episode is certainly one of the deliberate attempt on India’s integrity by Chinese PLA soldiers that have, in turn, resulted in a huge blow to the People’s Republic of China’s wolf-hidden character. While saluting the martyrs of Indian Jawans at Galwan Valley, he reasserted Tibetans firmly belief that ultimately the dawn of Tibet’s freedom has to rise from the soil of Aryabhumi –Bharat.

Col. D. R. Semwal (retd.), National Incharge, International Relations, BTSS addressing his thoughts urged that the Army must be left to fulfil its duties and dare not to turn them into Gandhi. He referred upon those agreements which were made in 1993 and 1996 between Indian and Chinese governments on the Tibetan border that ‘abides by the no arms and ammunition shall be kept while guarding the respective border’- must now be made null and void. Furthermore, he stated that it is the result of such policy that the Galwan Valley incident has happened.

Col. Semwal urged the Ministry of Education, Government of India to include these events of valour be it Kargil Vijay Diwas, Bangladesh Vijay or Galwan Vijay in the syllabus of school so that their story of ventures, patriotism and sacrifice shall be told and retold to the youth of India who then carries forward the baton of their unfinished dreams – safeguarding its motherland. He also pointed out that it was the absence of political will from the Indian side that has paved the way for Chinese soldiers not only to occupy Tibet but also parts of Indian territory.

The more than two-hour-long webinar being hosted by BTSS from 6:00 pm until 08:00 pm draws out a huge number of participants from all walks of life and certainly embedded with pledge and memories that would lead in bigger roles for the fulfilment of aspirations of Bharat Tibbat Samanvay Sangh and other Indian Tibet Support Groups. The event was convened with professional inputs by Dr Amreek Thakur whereas it was coordinated by Shri Akhilesh Pathak. 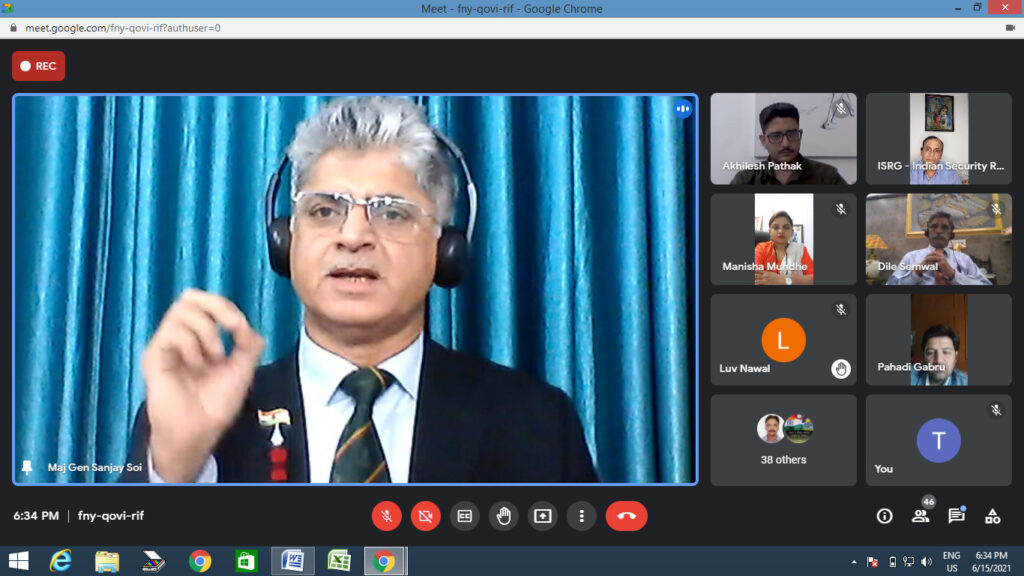 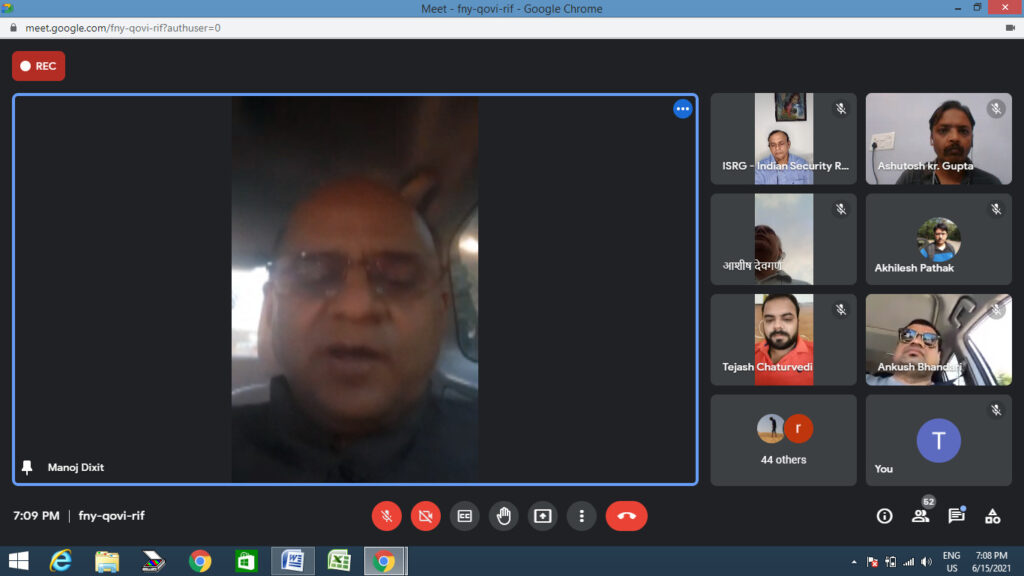 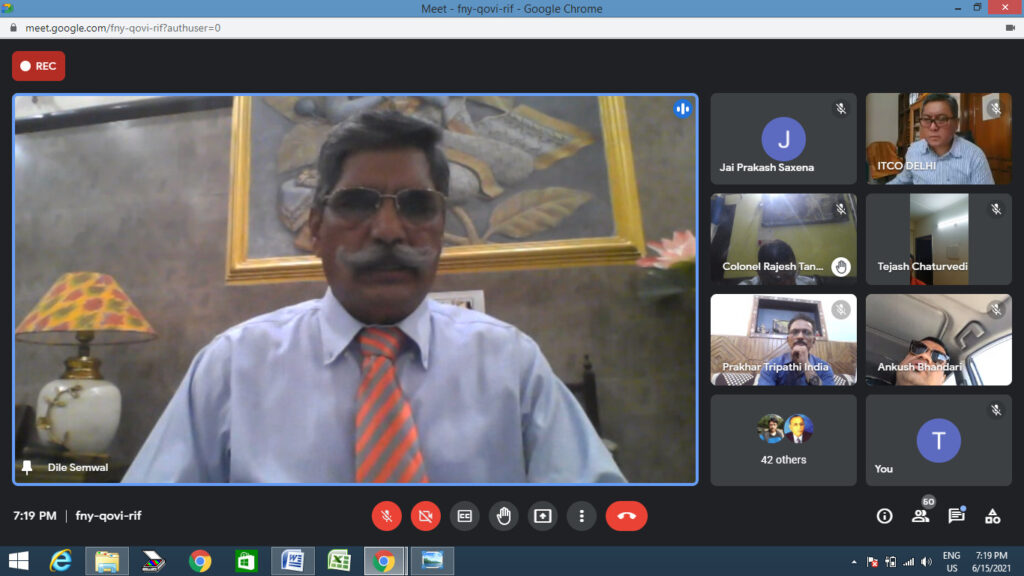 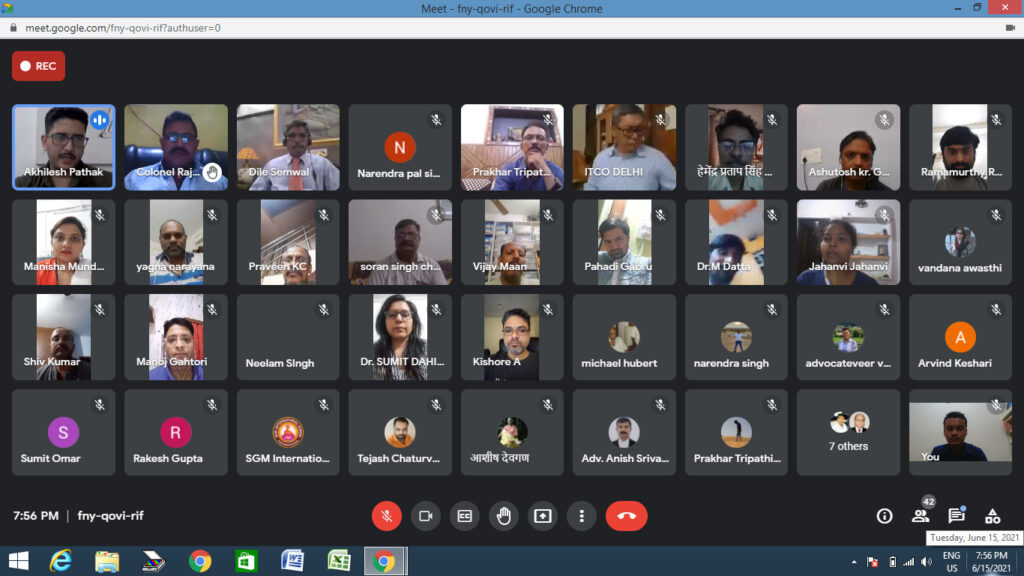 Participants at the Webinar. Photo/ITCO