Delhi: In commemoration of #WorldRefugeeDay this year, Bharat Tibbat Samanvay Sangh held a special online discussion to expound on India’s policies on par with UN regulations on refugees.

Tibetans have always treaded steadfastly upon the path shown by His Holiness and act upon the noble wishes of His Holiness, not to mention his farsighted vision for world peace and happiness, he said.

The MP highlighted the contribution of Tibetan people in enriching the fabric of Indian society safeguarding its values and wisdom.

Former Air Vice Marshal OP Tiwari stated that BTSS shall march hand in hand with Tibetan people in restoring their dignity and identity and for which there is a greater need for a global push. Tibetan people shall and will remain a part of the Indian family as they have always shown exemplary contributions in harnessing Indian minds and hearts over the times immemorial, he noted.

Rev. Saint Sunil Kaushal hinted that India, as a ‘Vasudevakutumbkam’, has embraced all causes of human right regardless of religion, caste or creed. In this sense, one can find all different forms of religions and sects being preserved and practised in this land of India.

Former Working Secretary at Supreme Court of India, Sh. Rohit Pandey underlined the laws and general rules and regulations that ensure rights and duties for the refugees seeking shelter in India’s land.

He gave a detailed view of how the laws were introduced, the importance and challenges associated with their execution, the interpretation of refugee, based upon its rights and duties as enshrined by UNHCR and the viewpoint of the Indian Government.

Former Major General (Prof.) Nilendra Kumar asserted that BTSS is a powerful platform for Tibetans that has steadfastly supported Tibetans as their strongest allies. Although India hosts many other refugees who have entered the country legally or otherwise, India and its people remain committed to ensuring in every possible way that emboldens the spirit of Tibetan brothers and sisters in the fight of their Atmansamman.

Mr Jigmey Tsultrim, Coordinator for ITCO acknowledged the significance of the discussion for Tibetans who ‘may not share the same experiences as millions of others globally, yet they remain political refugees to this day’. 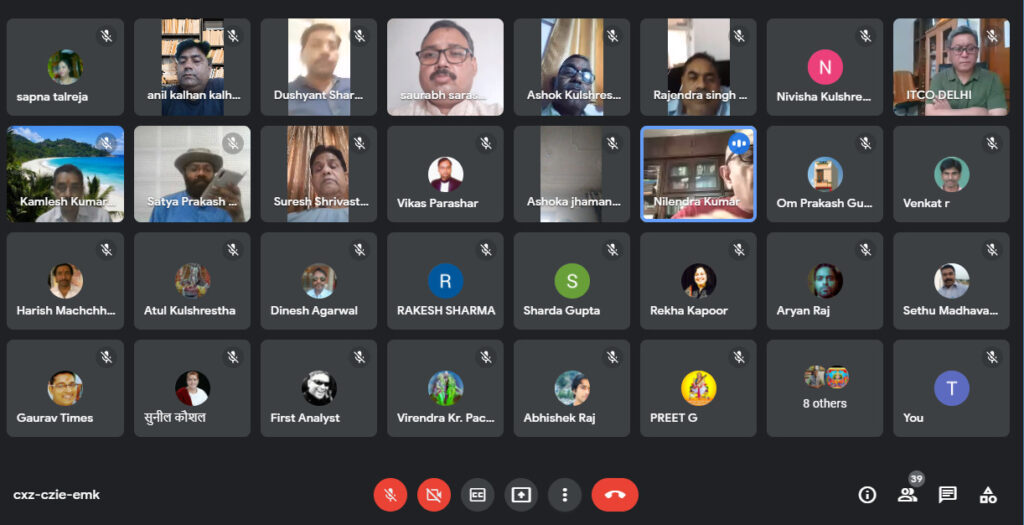