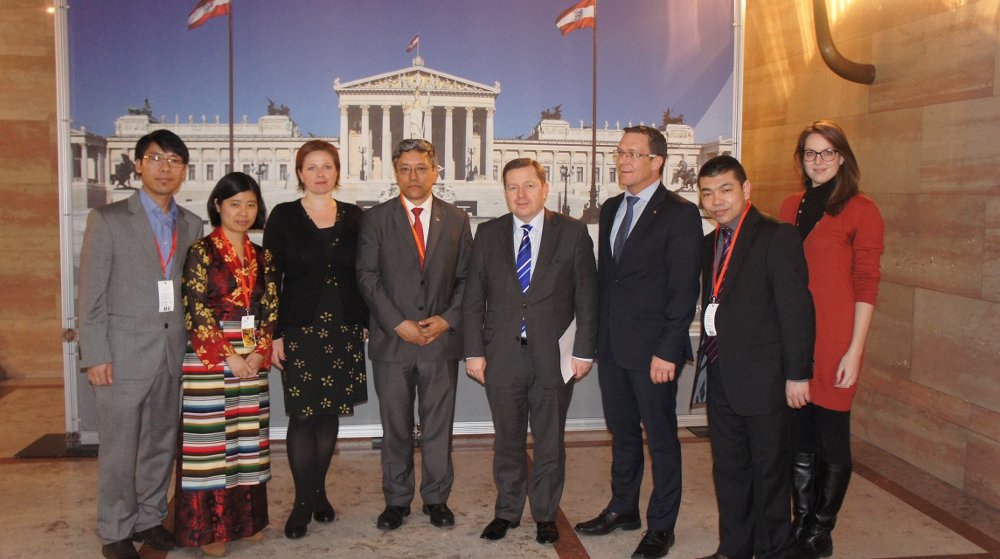 Vienna – February 27: We need your help to stop China’s repression in Tibet, said Mr Tseten Samdup Chhoekyapa, Representative of His Holiness the Dalai Lama during a briefing at the Austrian Parliamentarian in Vienna today.

Since February 2009, 107 Tibetans have self-immolated in Tibet. They called for His Holiness the Dalai Lama’s return to Tibet and freedom for Tibet. Sadly, 90 of them have died.

He said that there is a direct relationship between self-immolations and China’s political repression, economic marginalisation, environmental destruction and cultural assimilation in Tibet.

“There is no space for Tibetans to express their grievances,” said Mr Chhoekyapa. He spoke of Jigme Dolma, a 17-year-old girl who protested in Kardze, eastern Tibet, on 24 June 2012. The Chinese security forces beat her. For two months, she was hospitalised. Then she was sentenced to three years imprisonment.

He informed the Austrian MPs that the UN High Commissioner for Human Rights Ms Navi Pillay on 2 November 2012, urged the Chinese government to “promptly address the longstanding grievances that have led to an alarming escalation in desperate forms of protest, including self-immolations, in Tibetan areas.”

Mr Werner Amon is the Vice-Chairman of the Foreign Affairs Committee and both Mrs Judith Schwentner and Mr Gerhard Huber members of the committee.