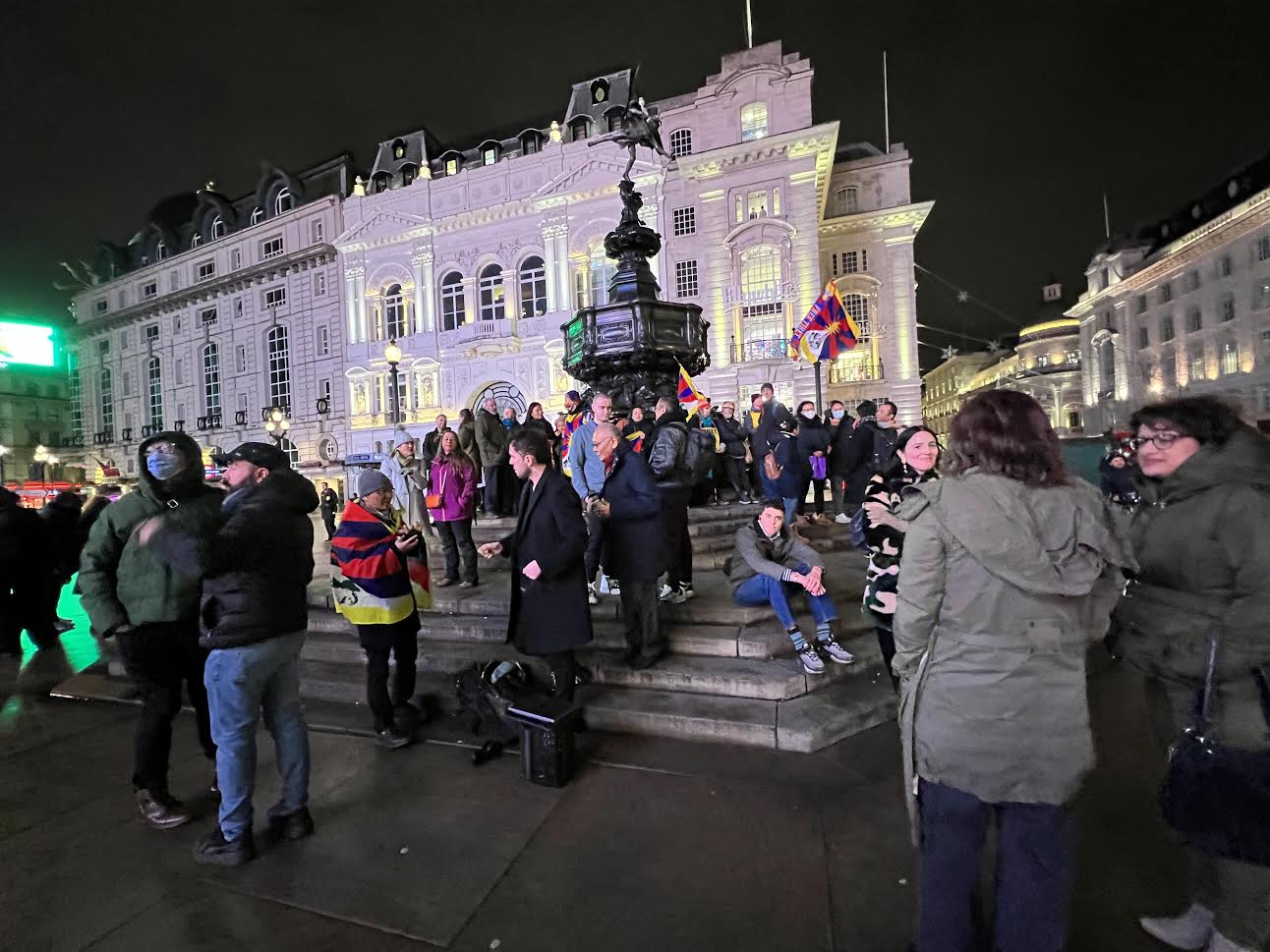 Tibetans and supporters at Piccadilly Circus to watch the billboard displaying “The Art of Hope by His Holiness the Dalai Lama”.

London: Yesterday at 20:23 local time, CIRCA: a London-based Arts organisation, premiered its 2023 art work – The Art of Hope by His Holiness the Dalai Lama – cheered on by Tibetans and supporters, who have braved out on a rainy day in good numbers.

“We could not have asked for a better and more auspicious event to kick off 2023 than this message of HOPE from His Holiness the Dalai Lama of Tibet beaming on the giant billboard at the cross-section of Piccadilly Circus roundabout in Central London. Even the rain stopped while the video was playing on the screen”, Secretary Lochoe Samten reported.

Representative Sonam Frasi and Secretary Lochoe Samten of the Office of Tibet, London, attended the pre-launch dinner at the Savoy, where CIRCA founder, Artistic Director Josef O’Connor and Representative Sonam addressed a room full of journalists and arts writers, before all of them travelled to Piccadilly Circus to watch the billboard beaming in the colours of Tibetan national flag and His Holiness’ divine and calm face. Representative Sonam in his speech quoted the often-repeated advice from His Holiness the Dalai Lama who has guided and sustained the hopes of the 6 million Tibetans: “Hope for the best and prepare for the worst”.

The Art video will be screened daily at 20:23 hrs local time in London, Berlin, Melbourne and Los Angeles until 31 January 2023. 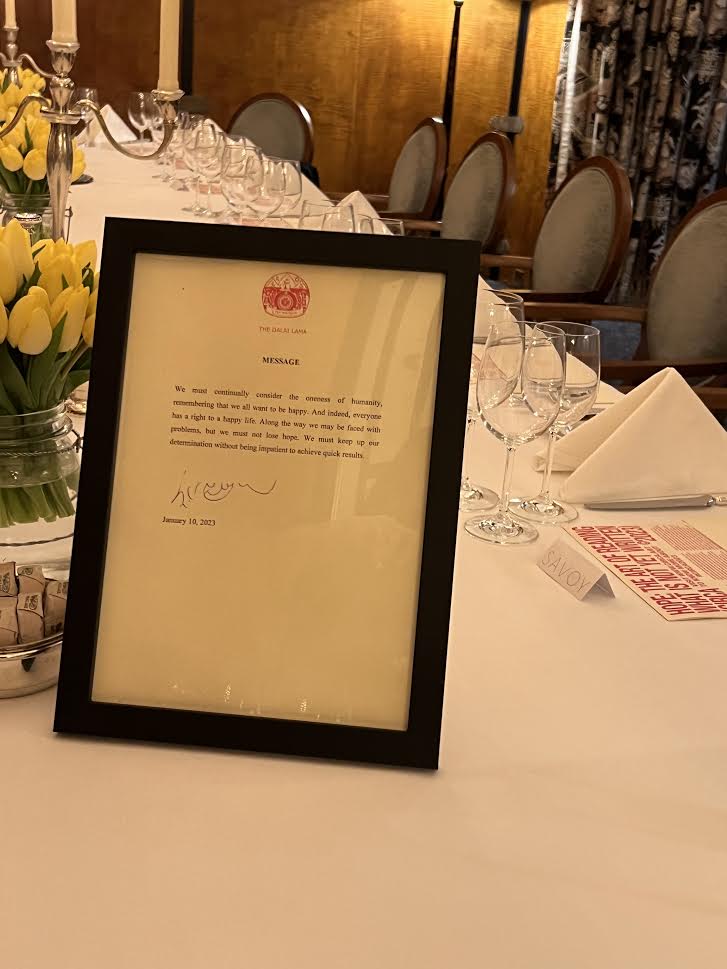 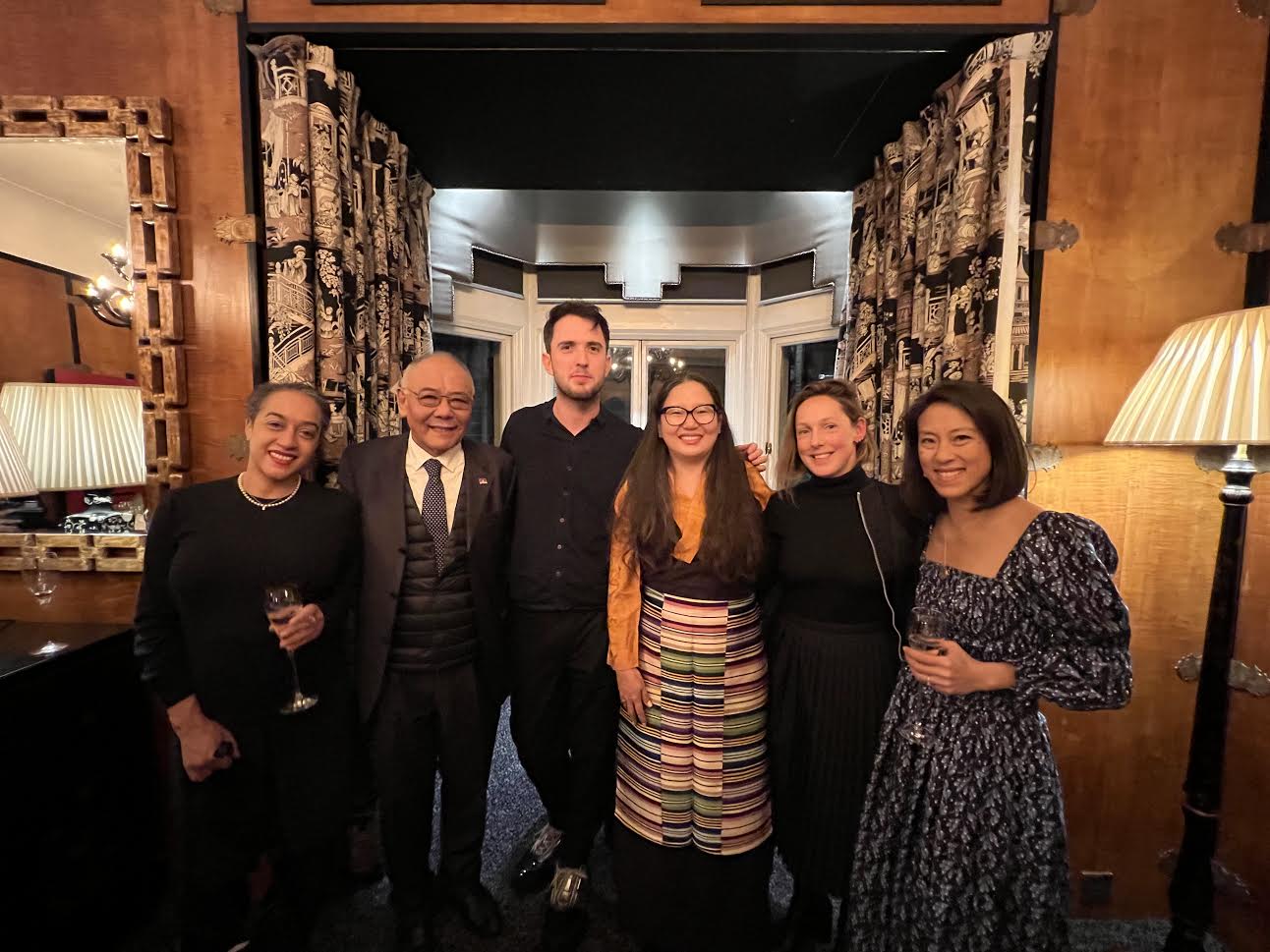 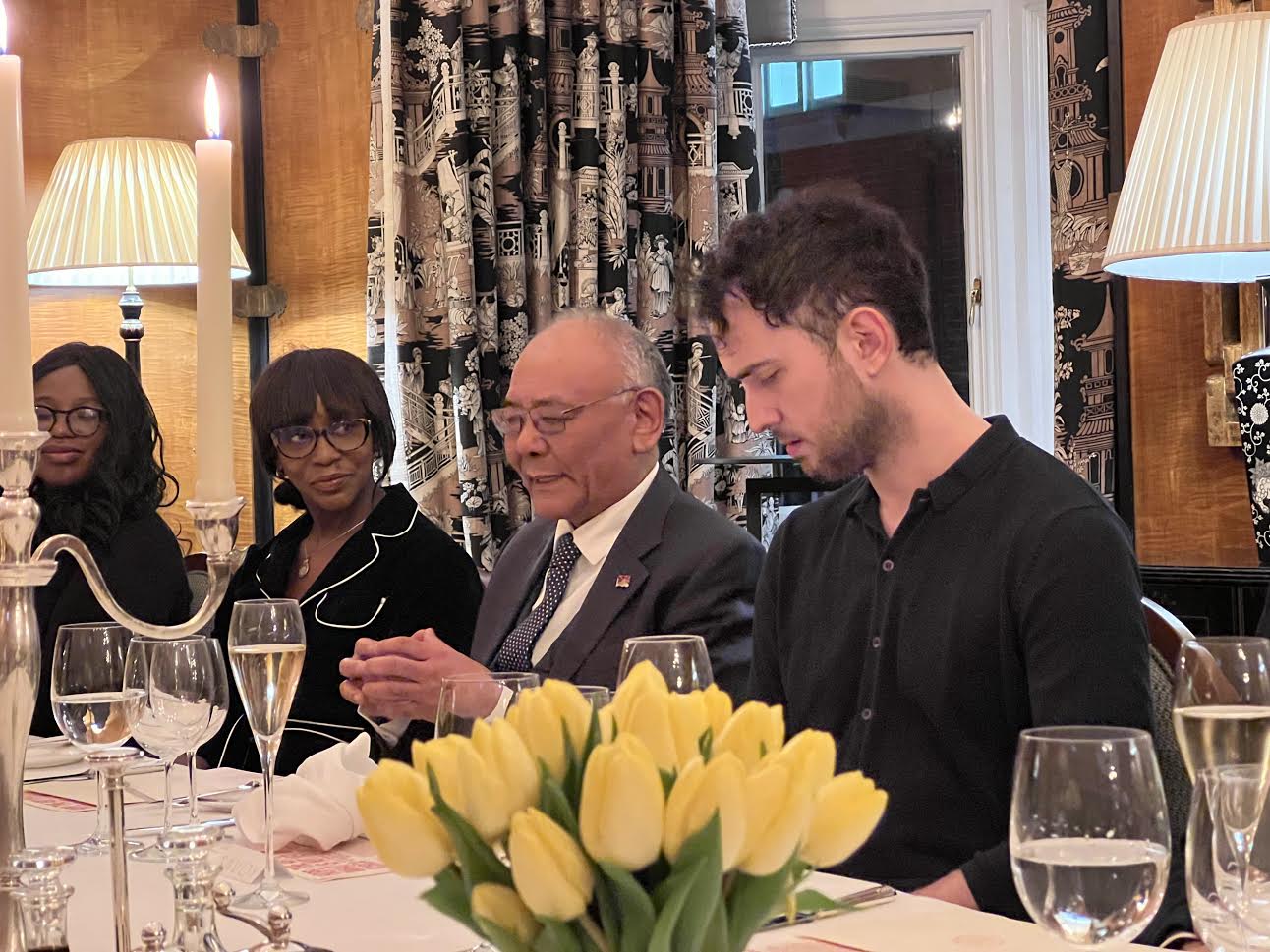 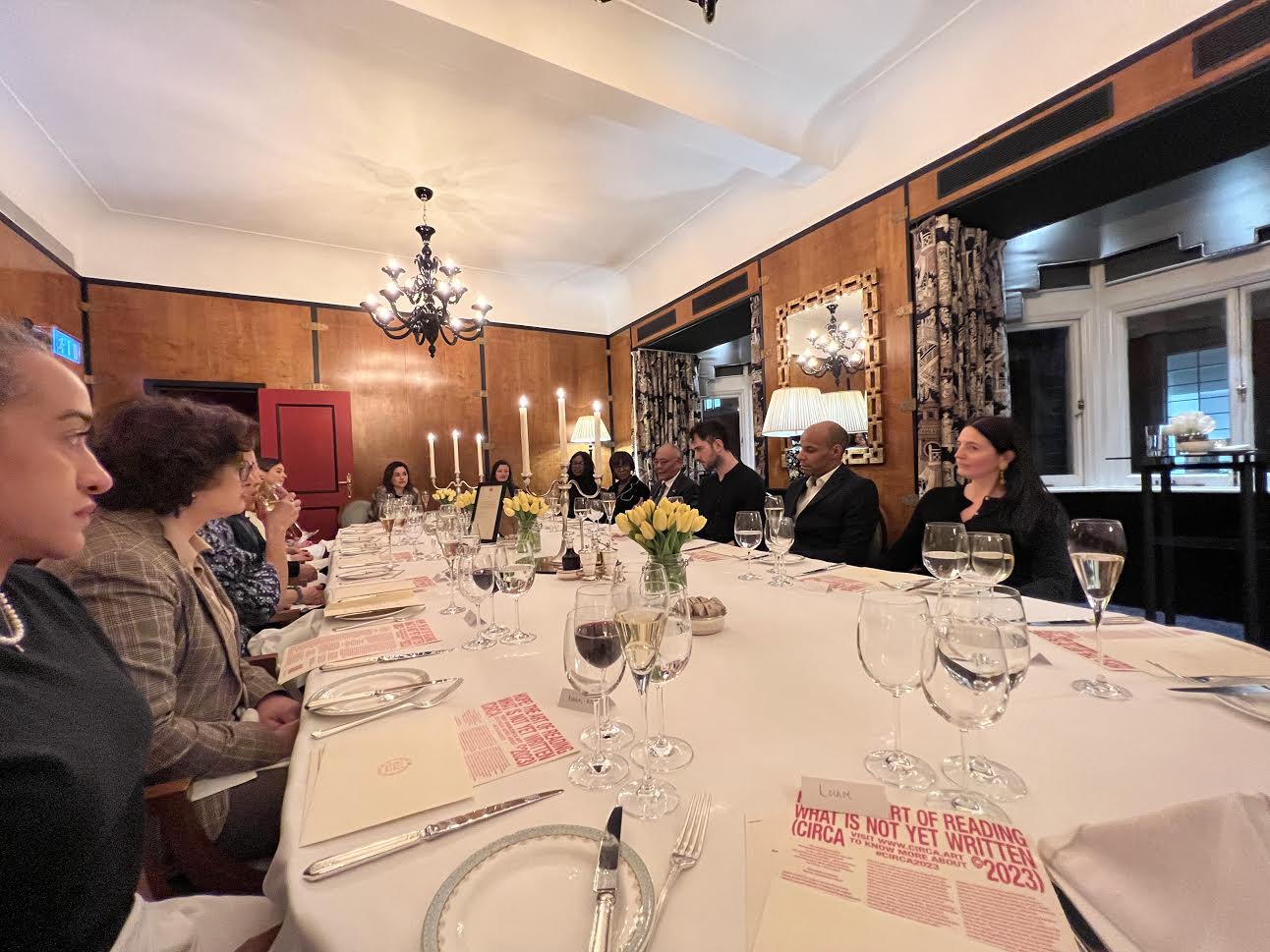