Another White Paper on “Religious Freedom” to Evade UN Scrutiny 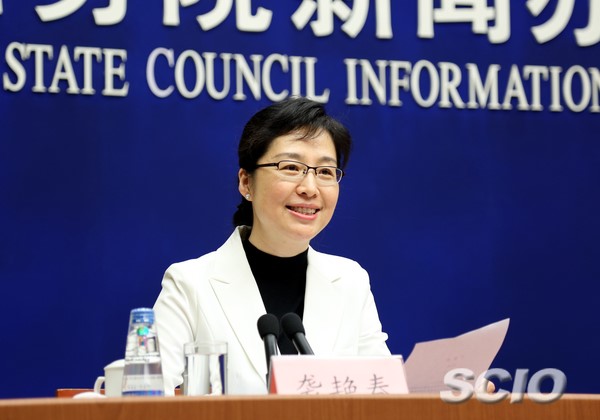 Xi Yanchun, a spokeswoman for the State Council Information Office, at a press conference on the white paper, 3 April, 2018. [Photo/scio.gov.cn]

According to a report that appeared on the English website of China Tibet Online on 12 April, 2018, the State Council Information Office issued a white paper titled, “China’s Policies and Practices on Protecting Freedom of Religious Belief.” However, the Tibetan version of its website, ཀྲུང་གོའི་བོད་ལྗོངས་ appears to make no mention of this document.

The report also makes note of a crucial document that was issued in the year 2007. This document was issued by the then State Administration for Religious Affairs and within the circle of Tibet and China watchers, it is commonly referred to as the Order no. 5. This policy is an attempt by the Party-state to bring the tradition and institutions of Tibetan reincarnate tulkus under its control.

It says: “10 years ago, Tibet published the “Measures for the Administration of the Reincarnation of Tibetan Buddhist Tulkus” and implemented the “Education Program for Training Tulkus Under 16 Years Old… It is an important measure for protecting citizens’ freedom of religious belief, respecting the succession method of tulkus in Tibetan Buddhism, and regulating the management of the reincarnation of tulkus.”

Universal Periodic Review, as explained on the website of United Nation’s Human Rights Council “is a unique process which involves a periodic review of the human rights records of all 193 UN Member States.”

In November 2013, Tibet was raised by a number of countries in China’s second Universal Periodic Review (UPR). During the review, twelve member states raised concerns over the human rights situation in Tibet to the Chinese delegates and they cited the “lack of religious freedom, minority rights, and access of UN officials to Tibet, and called on China to resume dialogue with the Dalai Lama.”

The Chinese delegates evaded answering most of the concerns raised by the member states and instead blamed the “Dalai Lama clique” for the spate of self-immolations in Tibet and whilst addressing the lack of access to Tibet by foreign delegations, they said it had been “impossible to accommodate all requests for visits due to the harsh geographic and climatic conditions on the Tibetan plateau.”

This November, China will be held accountable for its human rights track record at the Human Rights Council in Geneva, Switzerland.

This White Paper appears to be a pre-emptive measure to evade criticism raised by the member states over its human rights situation in Tibet and China at large.