Another Tibetan Monk Self-Immolates in Tibet 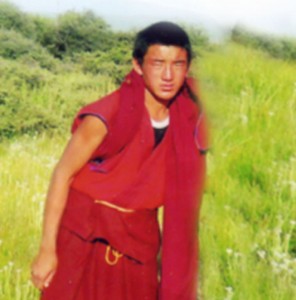 DHARAMSHALA: A 17-year-old monk of Kirti monastery shouted slogans against the Chinese government and then set himself on fire in the main street of Ngaba county in north-eastern Tibet yesterday.

Reports from Tibet say Kelsang Wangchuk was holding a picture of His Holiness the Dalai Lama at the time of protest, and called for religious freedom in Tibet. Security officers doused the flame, but the condition of the monk remains unknown.

This is the fifth such tragic incident in Tibet, which reflects the desperation of Tibetans under the repressive policies of the Chinese government.

Since the first act of self-immolation occurred on 16 March this year, the Central Tibetan Administration has called on the Chinese government to address the genuine grievances of the Tibetans and resolve the issue of Tibet peacefully.