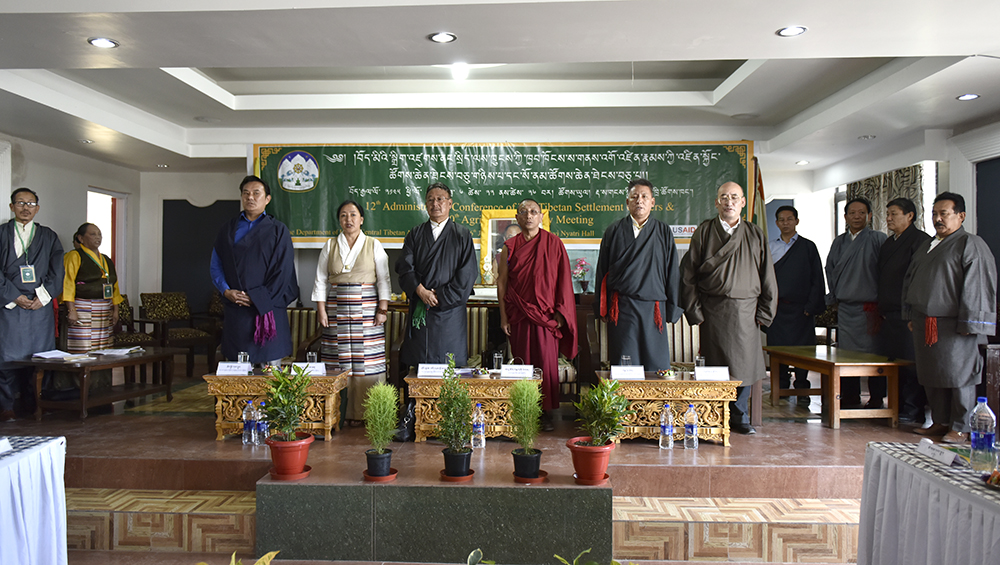 DHARAMSHALA: The annual Administrative Conference of Tibetan Settlement Officers organised by the Department of Home began today at Nyatri hall in Gangchen Kyishong. The conference will deliberate and discuss on seven main agendas including His Holiness the Dalai Lama’s well being, Rehabilitation Policy Act, sustenance of Tibetan settlements, 5/50 vision of the Central Tibetan Administration, etc. 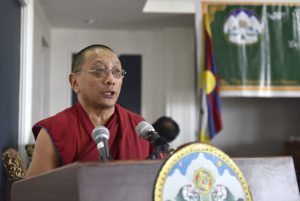 The chief guest at the inaugural session of the conference is Officiating President Kalon Karma Gelek Yuthok. Other guests at the session include members of the Kashag and secretaries of the various departments and offices of the Central Tibetan Administration. All the Tibetan settlement officers based in India, Nepal and Bhutan except Lugsum Bylakuppe are participating in the conference.

In his address, Officiating President Ven Karma Gelek Yuthok spoke about the objectives and agenda of the conference as important due to its relevance to the present situation of the Tibetan people in the settlements. He urged the settlement officers to ensure that their services are meaningful and effective during their tenure.

Identifying sustenance of the Tibetan settlements as the need of the hour, Kalon said that this issue needs special and immediate attention. He said material and infrastructure development alone cannot ensure sustenance of the settlements and suggested that we need to look into other aspects such as people’s livelihoods, attitude and aspirations. He said we need to instill a feeling of happiness and desirability among the residents to make the settlements more attractive to future generations of the Tibetan people.

He also talked about the Tibetan Rehabilitation Policy Act 2014 announced by the government of India and the implementation of the policy by the respective state governments. He said that Tibetan settlement officers should contact the local authorities to urge them to implement the policy where the policy is not being implemented currently. However, he suggested that they do it in a wise and informed manner, practicing caution so as not to create misunderstandings about the policy among the local populace. Although the state and central government of India are always supportive of the Tibet issue and the Tibetan people, as a democratic nation they need to address concerns expressed by the local people. So, we should be careful while dealing with these things, he said.

He further talked about the Five Fifty vision of the Central Tibetan Administration and emphasised the need to plan long term. Most of us won’t be here after 50 years but we have to operate and work in such a way that the positive impact of our cumulative efforts should bear fruit in the next 50 years.

Before concluding his keynote address, Kalon stressed emphatically on the importance of Tibetan unity particularly the unity of the three traditional provinces of Tibet. He urged the settlement officers to exert vigorous efforts to ensure Tibetan unity. He expressed sadness over recent incidents that exposed the fragility of Tibetan unity and democracy, and said we have an uphill task to maintain the sacred unity of the Tibetan people. He also talked about enhancing the collective merit of the Tibetan people.

Home Kalon Sonam Topgyal Khorlatsang spoke about the agenda of the conference and urged the participants to discuss in depth about the issues. He expressed the importance of reviewing the past 60 years in exile and looking forward into the next 50 years to strengthen the Tibetan community as per the five-fifty vision of the Central Tibetan Administration. He spoke particularly about the need to work hard to ensure the success of the remaining three years of the present 15th Kashag.

He also gave a brief outline of the home department’s efforts to provide housing to all Tibetans in India particularly the newly arrived Tibetans from Tibet. He explained the CTA’s housing rules and regulations, and said that those holding Indian or foreign passports aren’t eligible to reside in designated Tibetan settlements in India.

A five member delegation from Ministry of Home Affairs and FRRO Dharamshala will attend one session where they will update the TSOs on government policy and interact with the settlement officers.

The four-day conference will conclude on 26 June. 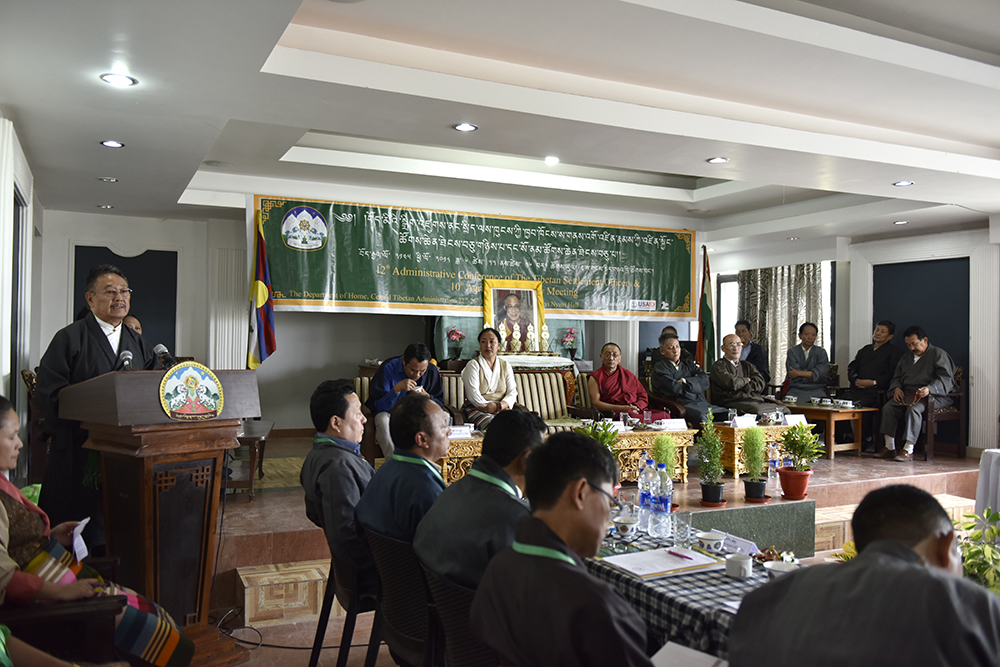 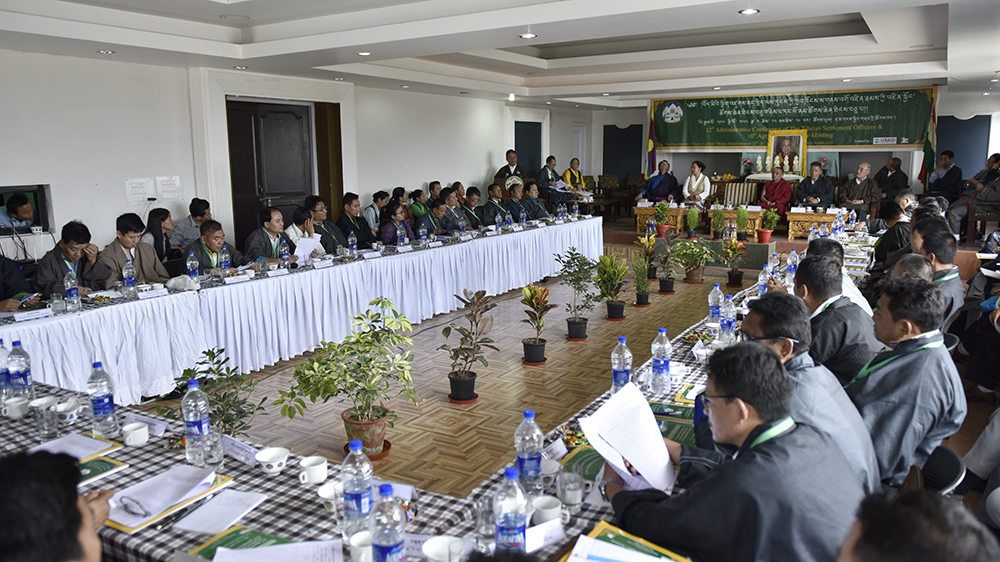 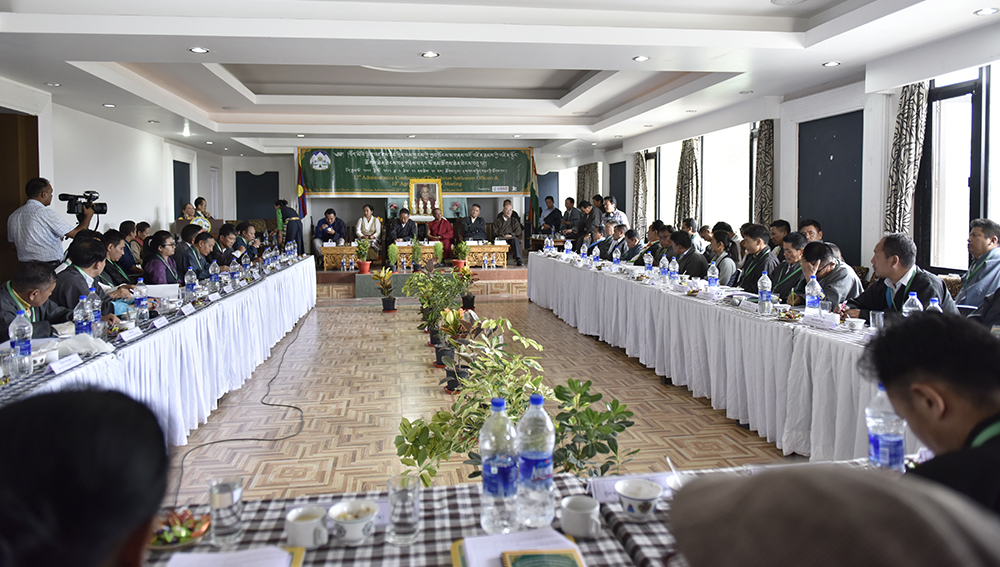