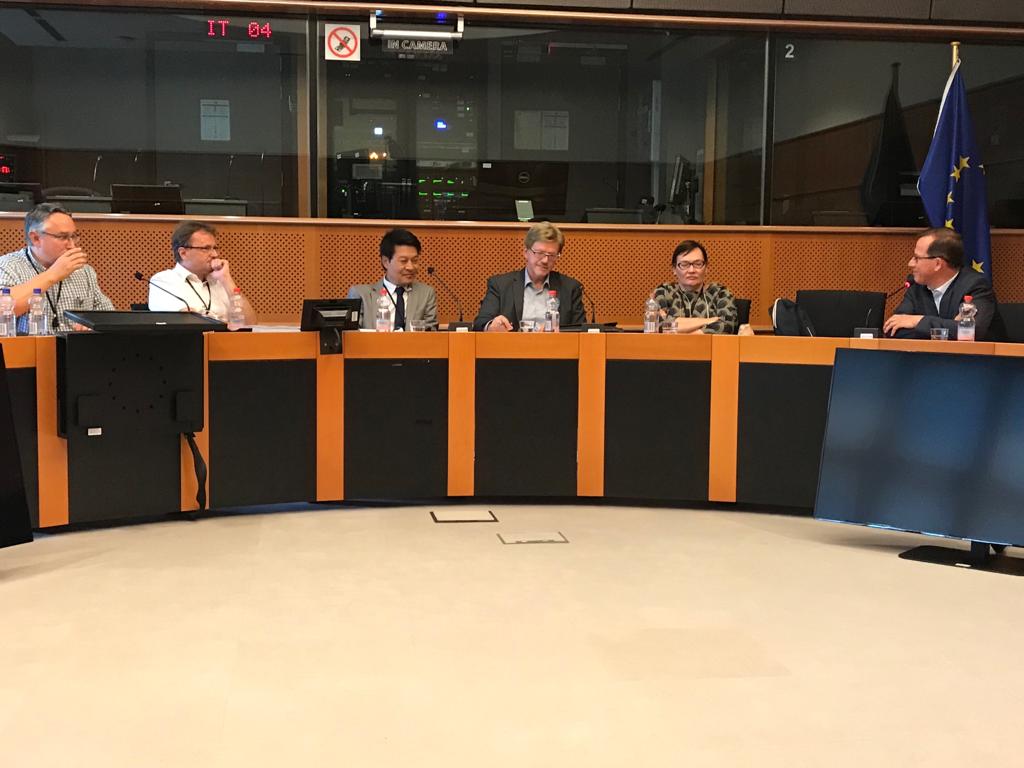 Tibet Interest Group (TIG) meeting chaired by MEP Thomas Mann and attended by four new MEPs and MEP Sogor, Assistants, the staff of Office of Tibet and ICT in progress at the European Parliament, 26 June 2019.

Brussels, Belgium: A transitional Tibet Interest Group (TIG) meeting was held in the European Parliament on 26 June. Chaired by MEP Thomas Mann, it was attended by four new MEPs and MEP Csaba Sogor, Assistants, the staff of Office of Tibet and ICT.

Perhaps to be his last Chairmanship of the meeting, MEP Mann welcomed the new MEPs and other participants. MEP Sogor, a prominent Tibet supporter, in his last address to the TIG, reiterated his support and availability of his services for Tibet.

Though in its very early stage of re-establishment of Tibet Intergroup in the next Parliament, the meeting was very encouraging by the earnest and strong commitment of the four new MEPs. It was additionally very inspiring for the fact that the new MEPs come from different party affiliations namely EPP, S&D and Renew Europe.

Mr Tashi Phuntsok, Representative of His Holiness the Dalai Lama, Bureau du Tibet, gave a brief update on the efforts the Office has made for the re-establishment of Tibet Intergroup. While continuing to seek the advice of the former MEPs of TIG, the Office had written to the potential nominees before the election on 26 May. Once the result was announced, the potential supporters were sent congratulatory letters. Some of them have responded positively.

Meanwhile, an invitation to His Holiness the Dalai Lama’s 84th birthday on July 9 was also sent to them. Nearly ten of them had accepted the invitation. Further, the Office had published a brochure to help re-establish the TIG. The brochure was distributed in the meeting and would be soon sent to all new MEPs.

MEP Mann, a senior leader in the European Parliament thinks that the actual TIG scenario would be clear sometime in November-December. The participation in the current meeting was, to say the least very, encouraging and positive. The next intervening months have the work cut out for its re-establishment.

Finally, it was the sad moment to say Thank You to MEPs Mann and Sogor and their Assistants. Representative Tashi Phuntsok gave a short thank you speech and respectfully offered them scarves for their dedication for Tibet. He also offered scarves to the new MEPs and other supporters. 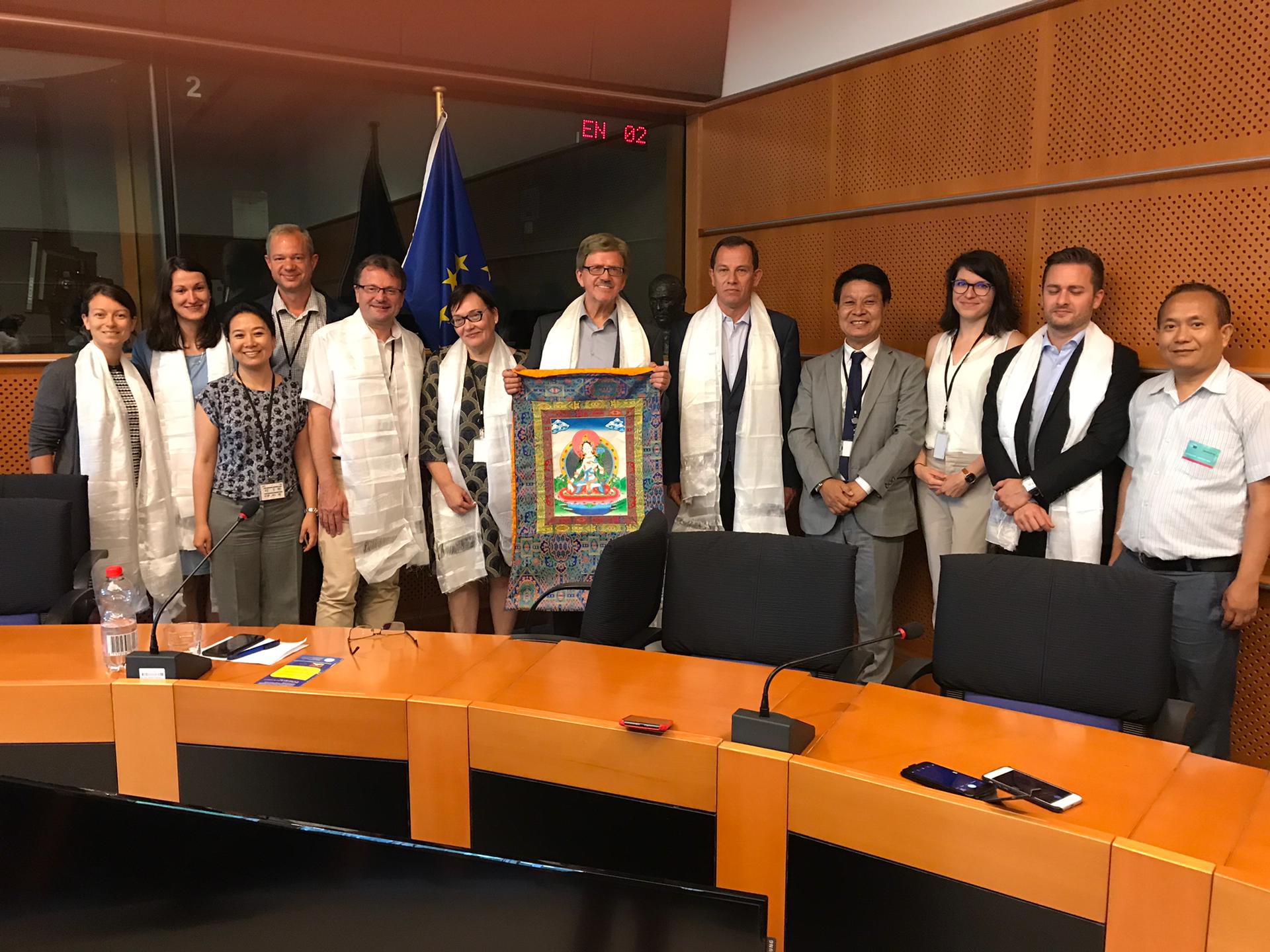 Representative Tashi Phuntsok with the new and old MEPs at the TIG meeting. 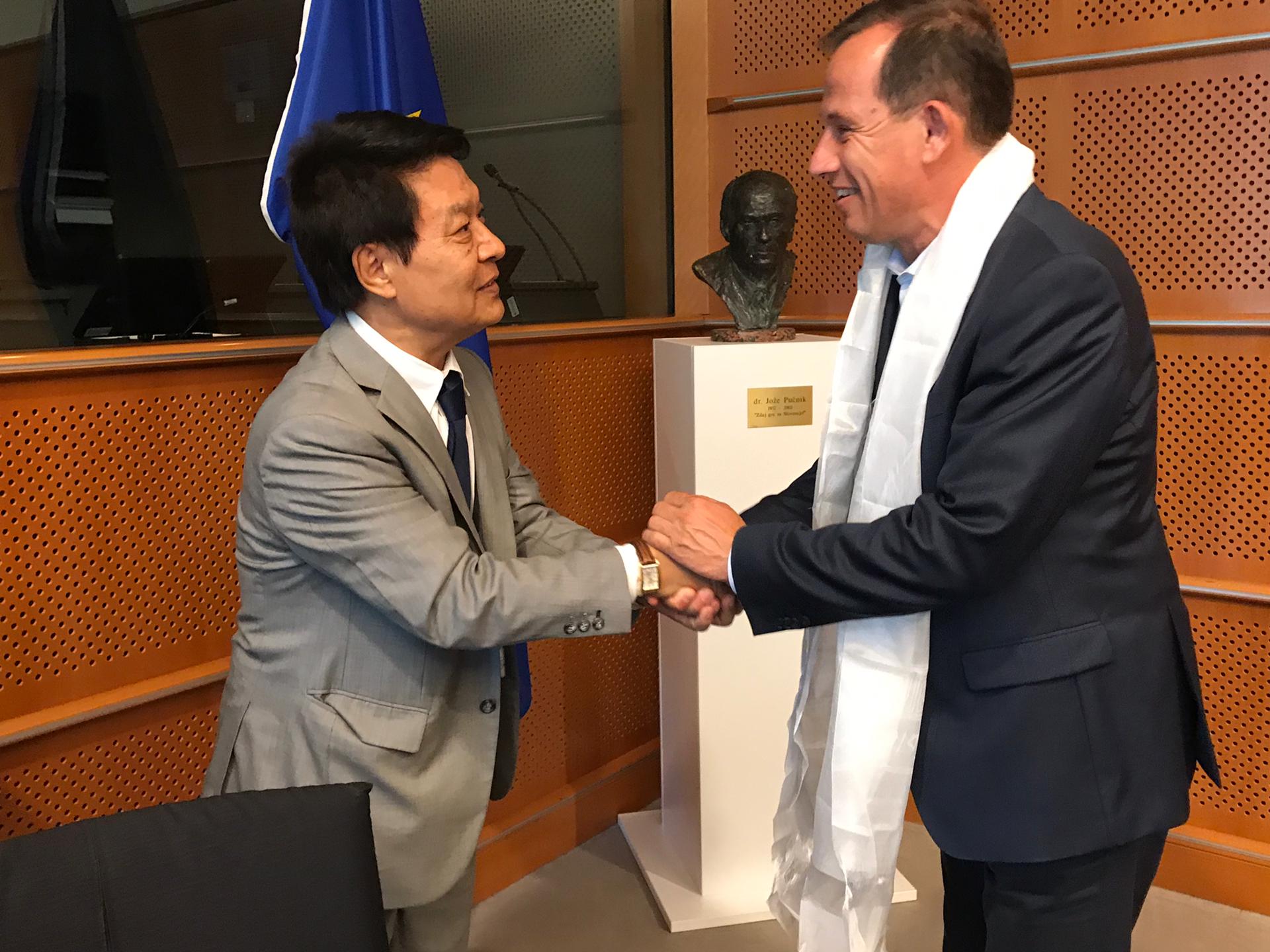 The representative of Bureau du Tibet, Brussels thanks senior MEP Csaba Sogor, an ardent supporter of Tibet in the European parliament. 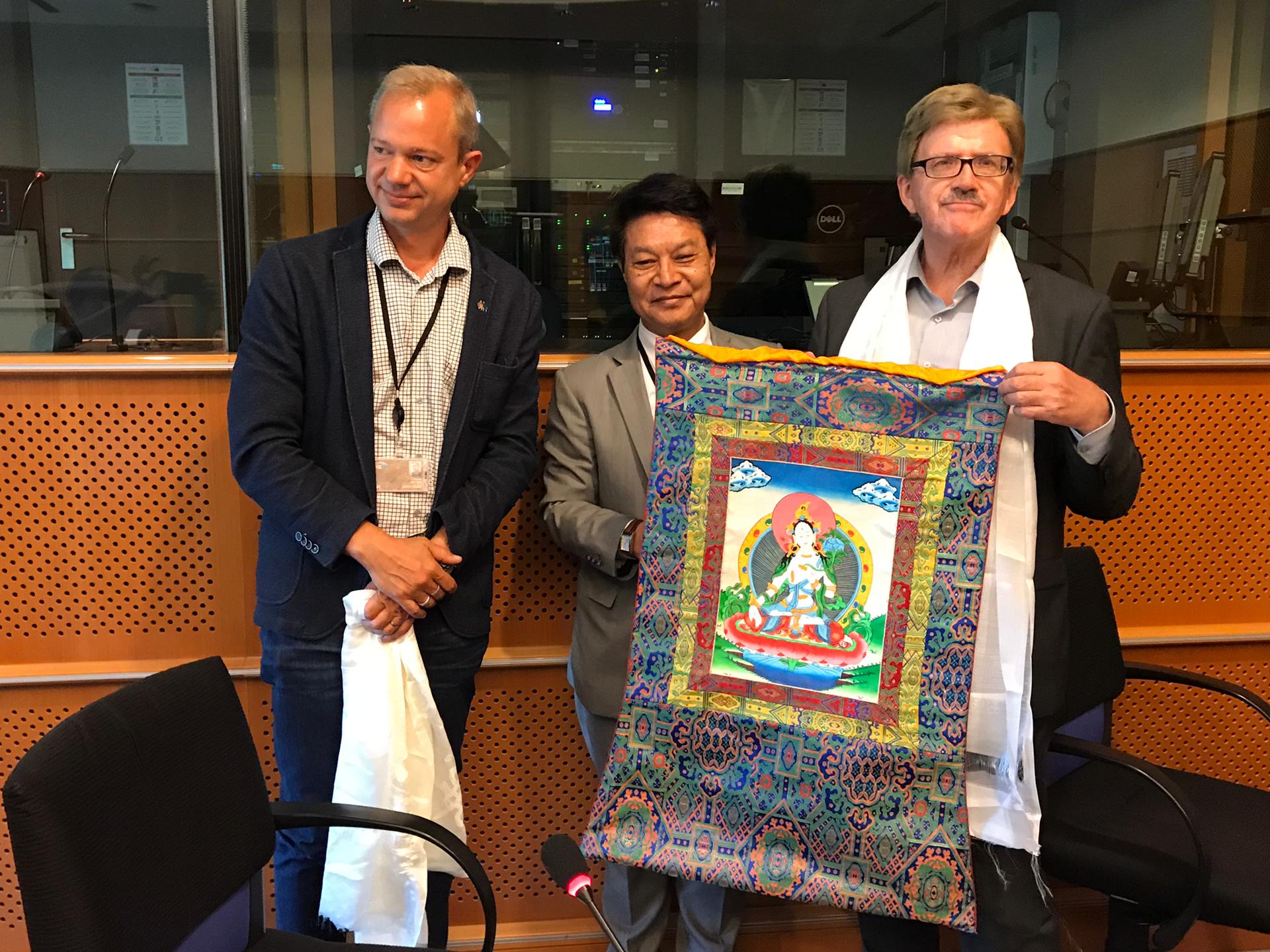 Representative Tashi Phuntsok thanks MEP Thomas Mann, a fervent supporter of Tibet and Tibetan people in the European parliament.