After rare trip, US envoy urges China on Tibet

WASHINGTON: The US ambassador to China on Monday urged Beijing to re-examine policies toward Tibetans as he acknowledged that he had quietly visited monasteries during a spate of self-immolation protests.

Ambassador Gary Locke, speaking from Beijing to an online forum in the United States, said he visited monasteries last month in the flashpoint Aba prefecture to “get an appreciation of Tibetan culture and the way of life.”

Aba, an ethnically Tibetan area of Sichuan province, has been a hotbed of protests against Beijing’s rule. Some 60 ethnic Tibetans, many of them monks and nuns, have set themselves alight since February 2009 in Sichuan and Tibet. 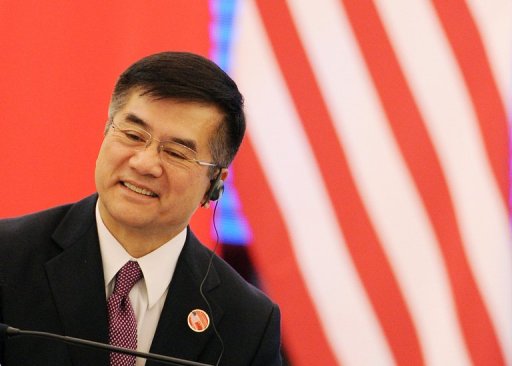 The US Ambassador to China Gary Locke (AFP/File, Mark Ralston)

“We implore the Chinese to really meet with the representatives of the Tibetan people to address and re-examine some of the policies that have led to some of the restrictions and the violence and the self-immolations,” Locke said.

“We have very serious concerns about the violence, of the self-immolations, that have occurred over the last several years,” he said, calling the incidents “very deplorable.”

The United States has repeatedly urged China to address Tibetan grievances but it is very rare for foreign officials or media to visit Tibetan areas on unsupervised trips.

In previous statements, Washington has urged China’s leaders to resume dialogue with Tibet’s spiritual leader, the Dalai Lama, who fled into exile in 1959 and enjoys strong public support in the United States.

The details of Locke’s visit emerged as President Barack Obama’s administration looks for new ways to promote human rights in China, which regularly lashes out at US condemnation of its record. 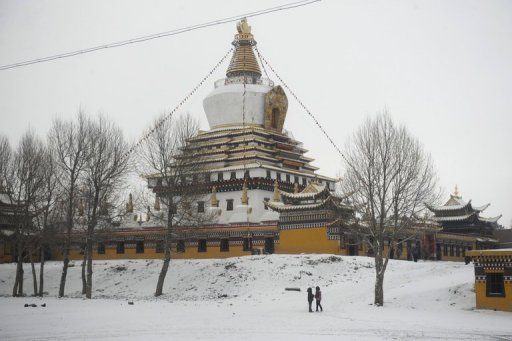 Aba, an ethnically Tibetan area of Sichuan province, has been a hotbed of protests against Beijing’s rule (AFP/File, Peter Parks)

Obama has faced election-year criticism on China from Republican rivals, which has urged him to be more outspoken on Beijing’s human rights record and its trade and currency practices.

But US officials cite as a success the quiet diplomacy in May that led China to allow dissident Chen Guangcheng to move to New York.

Locke, who was responding to a question as part of a “China Town Hall” with citizens in 60 cities across the United States, said he visited Aba prefecture after a trip to the major cities in Sichuan, where he promoted US businesses.