Active, Aggressive and Abusive: China’s Attitude Toward the United Nations 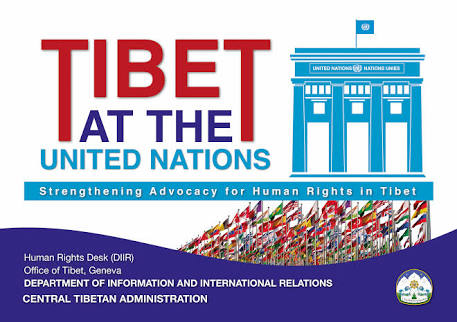 DHARAMSHALA: The United Nations’ efforts to uphold its principles of promoting and protecting human rights are jolted by repeated interventions from Beijing. The effect of China obtruding at the UN is felt around the world.

At the recently concluded meeting of Office of Tibet representatives held in Dharamshala, India, the EU, UN and Human Rights Desk of the Department of Information and International Relations (DIIR) described China’s interaction at various levels of UN agencies as ‘active, aggressive, and abusive.’

Citing latest cases where the Chinese government pressured UN member states such as the United States and Canada to retract their decision to host His Holiness the Dalai Lama at a side event running parallel to the 31st Human Rights Council session, Ngodup Dorjee remarked that the ultimate goal of the Chinese government’s interactions with the UN is directed towards reducing space and scope for civil societies at the UN. He also expressed concern regarding China’s tactics to bar NGOs critical of the government, particularly by deferring their applications for UN ECOSOC consultative status.

Currently, China is the top third contributing country in the UN regular budget and the second largest contributor in UN Peacekeeping operations. China’s active engagement at the UN, particularly at the Human Rights Council, has vested interests. The Communist government is diligent in assuring that no China-specific resolution is passed; minimal criticism is raised; and also to seize for itself a membership seat at the Council.

Kalden Tsomo further outlined the key issues of the Tibet UN advocacy in the next few years. “In the coming three years, issues at the core of the Tibet-UN advocacy framework will be religious freedom, the enforced disappearance of Tibet’s 11th Panchen Lama, human rights defenders and economic social and cultural rights in Tibet,” she said.

The UN member states will review China’s human rights record in its third cycle of the Universal Period Review next year in November. Pressing the importance of the review, all the representatives of the Offices of Tibet were urged to amplify their lobbying campaigns and to meticulously coordinate with one another to insure a meaningful, thorough and productive review of China.

The session was concluded with the consensus to strengthen Tibet advocacy at all international fora including the UN.