“A united Tibet, my parting wish”: Sikyong to the Tibetans in Mundgod 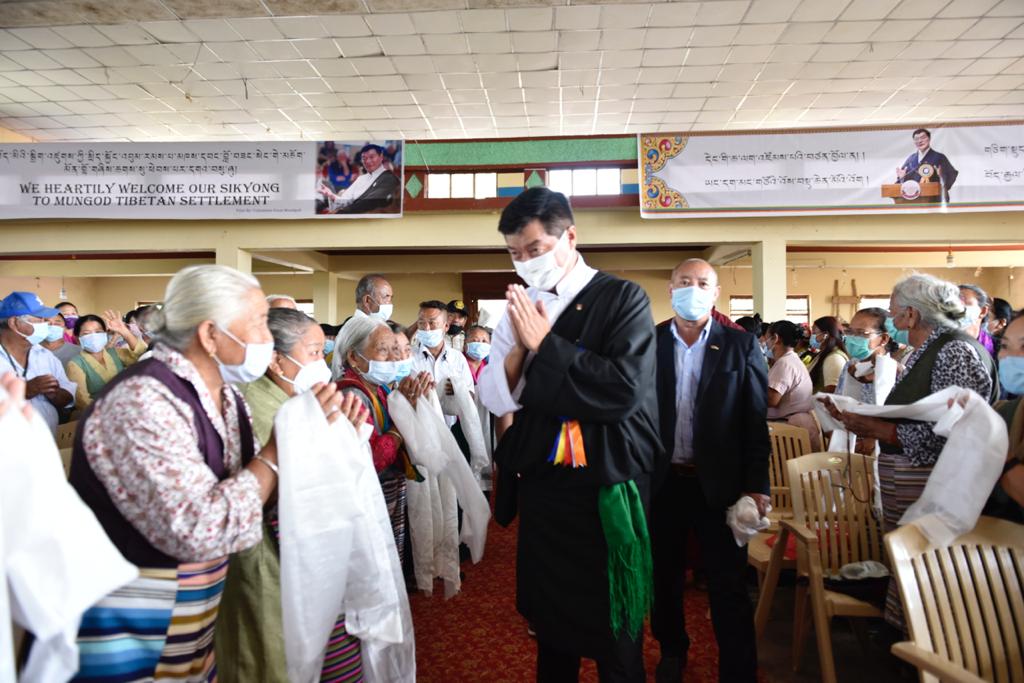 Tibetans in Mundgod greet Sikyong on his arrival in the settlement. Photo/Tenzin Wangchuk/CTA

Mundgod: “As I near the completion of my second term as the Sikyong of the Central Tibetan Administration, I want to relieve the post with a wish for a united Tibet,” Sikyong Dr Lobsang Sangay said during his public address at the community hall in Mundgod Tibetan settlement today.

While there are growing support and recognition for Tibet and Tibetans in the international forum, Sikyong warned against internal discord created by a few individuals with a vested interest that could prove detrimental to the cause in the long run.

“We have a very positive prophecy of His Holiness the Dalai Lama living till the age of 113. However, whether this prophecy turns out true or not is entirely dependent on the collective merit of entire Tibetans,” Sikyong said.

Speaking of his administration’s effort to bring changes and improvements on many fronts, Sikyong said he and his cabinet are able to achieve ‘more than what was promised’ referencing the financial standing of CTA as Sikyong noted has improved tremendously over the 10 years of his tenure. The current administration was able to raise a fund of 260 Crores for CTA’s functioning.

Responding to a query on the stalled dialogue process with the Chinese counterpart, Sikyong said although dialogue couldn’t be resumed it’s not without efforts from his cabinet.

“Although talks didn’t resume, there had been many positive and important developments on the political front in the international forum in terms of US support and recognition of middle way policy in the recent passage of Tibetan Policy and Support Act, the implementation of Tibetan Rehabilitation Policy 2014 by the Indian government and inclusion of ‘Tibet’ as a separate entity in the indo-pacific strategy, a coalition of five countries that call for ‘open, free and prosperous Asia,” added Sikyong while noting that such political achievements will have far-reaching positive implications to the issue of Tibet in the future.

In conclusion, Sikyong said his service to the Tibetan people will remain sacred and thanked the general public for the opportunity.

“As I part from this post of Sikyong, I wish for a united Tibet, a cohesive Tibet,” Sikyong concluded.

As part of the ceremony, the Tibetan lay community and monastics felicitated Sikyong with appreciation awards in honour of his excellent leadership and achievements in the past ten years. A total of 26 organizations in Mungod unanimously decided to give the appreciation award to Sikyong.

Sikyong Dr. Sangay will take a spiritual tour of Gaden Jangtse, Ganden Shartse, Nyingma monastery and Nunnery before kicking off his address to the monastics at Ganden Lachi courtyard later today. 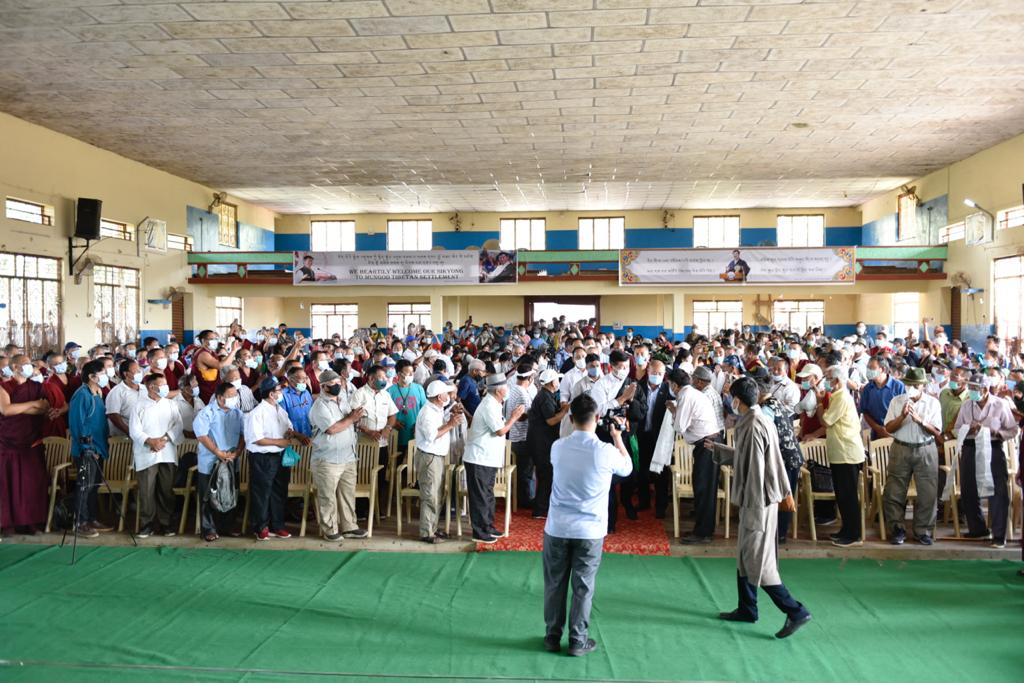 Sikyong arrives in Mundgod for his public address. Photo/Tenzin Wangchuk/CTA 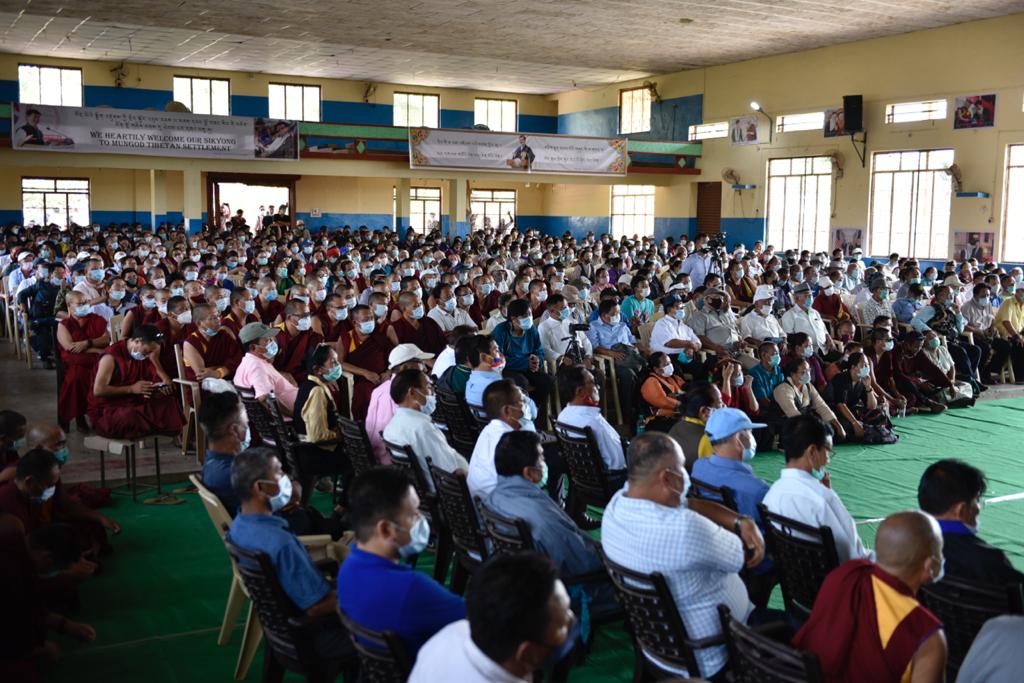 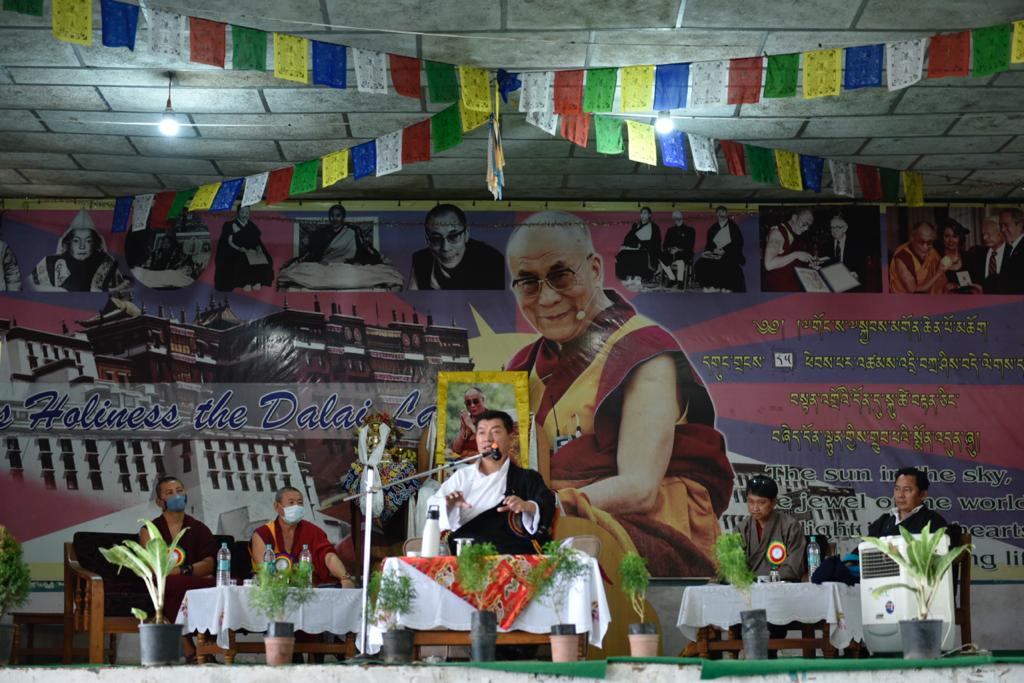 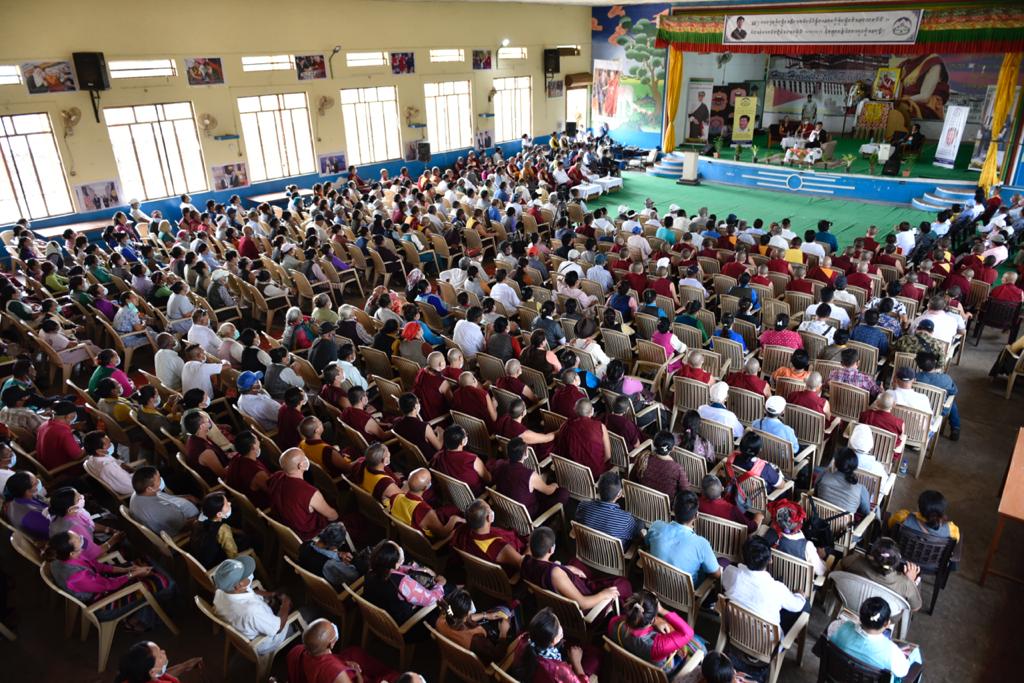 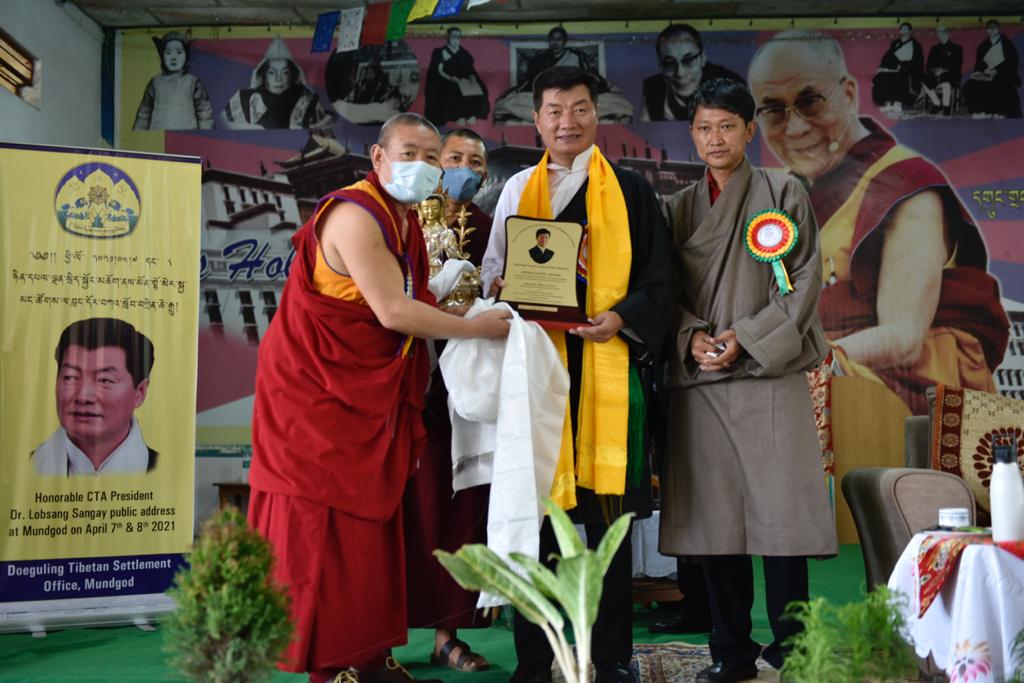 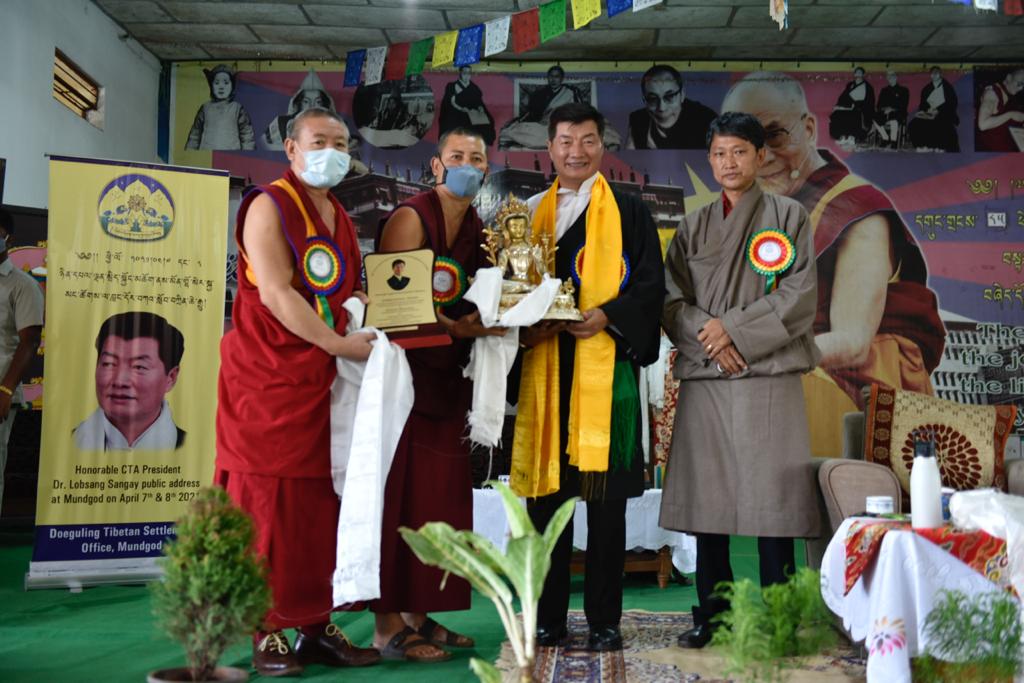 Sikyong was presented with a Buddhist statue as he completes his engagement in Mundgod. Photo/Tenzin Wangchuk/CTA