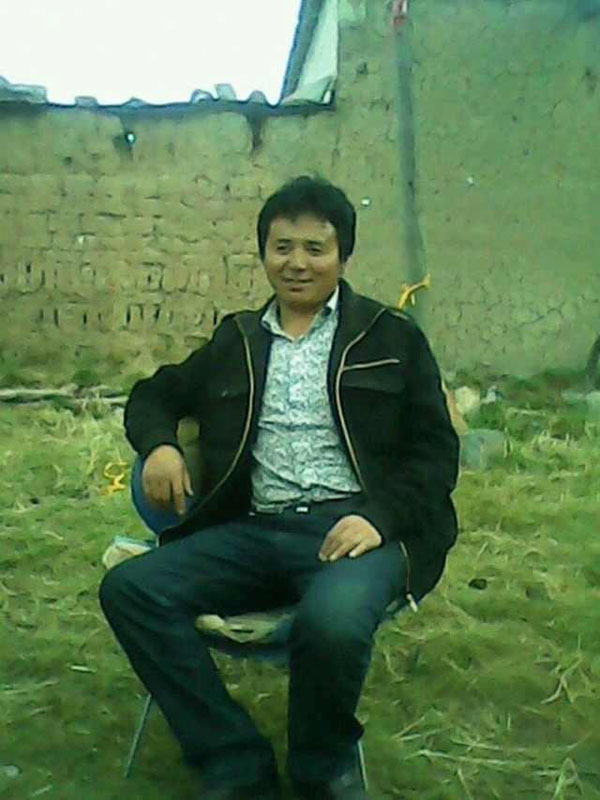 DHARAMSHALA: Reports coming out of Tibet say a Tibetan writer today set himself on fire and died in Driru county in Nagchu in eastern Tibet. The incident has raised the total number of self-immolations in Tibet to 53, out which 43 have died.

Gudrup, 43, set himself on fire around 10 AM in Nagchu town and succumbed to his injuries.  Chinese police bundled off Gudrup’s charred dead body from the spot instead of handing it to his family, the report said.

While engulfed in flame, he raised slogans saying “there is no freedom in Tibet, let His Holiness the Dalai Lama return to Tibet.”

Before the fiery protest, he has reportedly left a message on his QQ account, calling for “unity among all Tibetans and not to give up in the face of Tibet’s struggle for freedom.”

“Gudrup studied at Sherab Gatsel Lobling school in Dharamsala in India before returning to his homeland in 2005 upon completion of his studies and described him as a “prolific writer who goes by the pen name “གངས་ཁྲོད་ཀྱི་ན་གཞོན་” (Youth of Snow Realm),”. He takes keen interest in political developments concerning the issue of Tibet and regularly reads Tibet’s history books,” Tibet Express quoted a source from the region as saying.