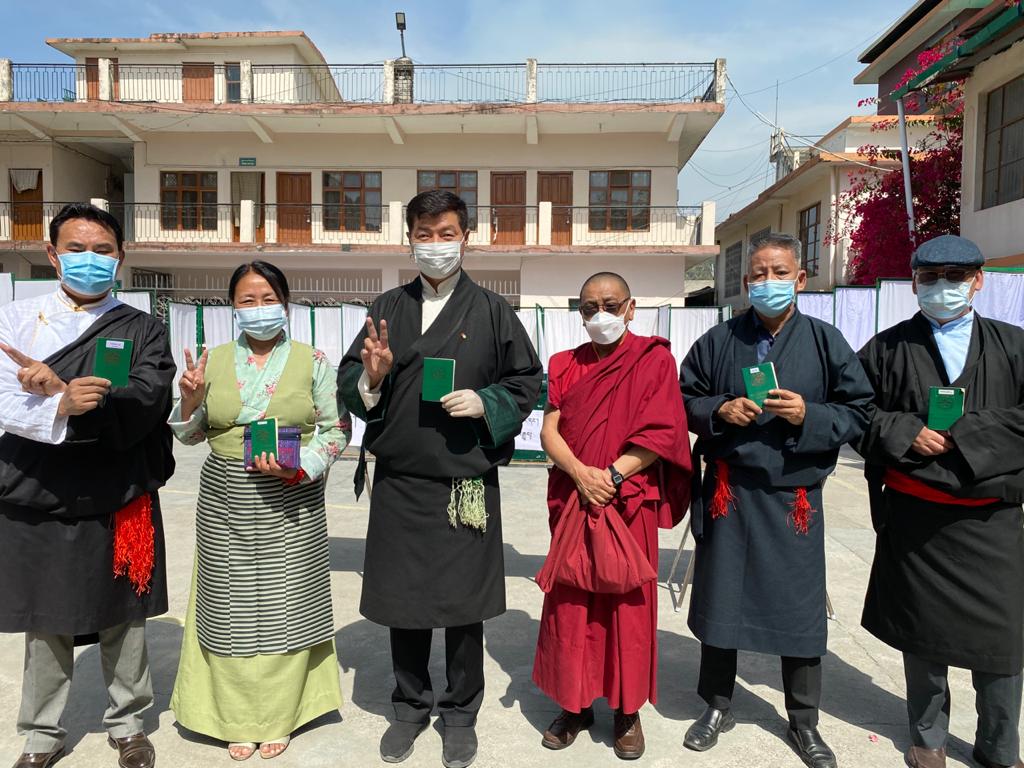 Incumbent Sikyong Dr Lobsang Sangay and Kalons of the 15th Kashag hold the Greenbook as they come out to cast their ballot in the final round of 2021 Sikyong and 17th Tibetan parliamentary elections, 11 April 2021. Photo/Tenzin Jigme/CTA

Dharamshala: At a time when democracy remains a distant dream in China-occupied Tibet, the exhilarating spectacle of tens of thousands of diaspora Tibetans casting their ballot to elect their next Sikyong and Members of the Tibetan Parliament in the Sunday final elections was a sight to behold.

“The Tibetan democracy-in-exile reflects the true aspirations of our brothers and sisters inside Tibet,” said the incumbent Sikyong Dr Lobsang Sangay this morning from the polling booth in Gangchen Kyishong, the exile headquarters.

On 11 April, around 83,000 Tibetan refugees scattered across 26 countries began casting their votes to elect the Sikyong, President of Central Tibetan Administration and Members of the 17th Tibetan Parliament in what could be considered the most distinct democratic exercise in the world.

“By this, we are sending a message directly to Beijing that while they do not have democracy nor grant freedom to Tibetans in Tibet, however, under the great leadership of His Holiness the Dalai Lama, we, the Tibetans in exile have been given the gift of democracy.”

“A proud day for Tibetans around the world,” said Dr Sangay. 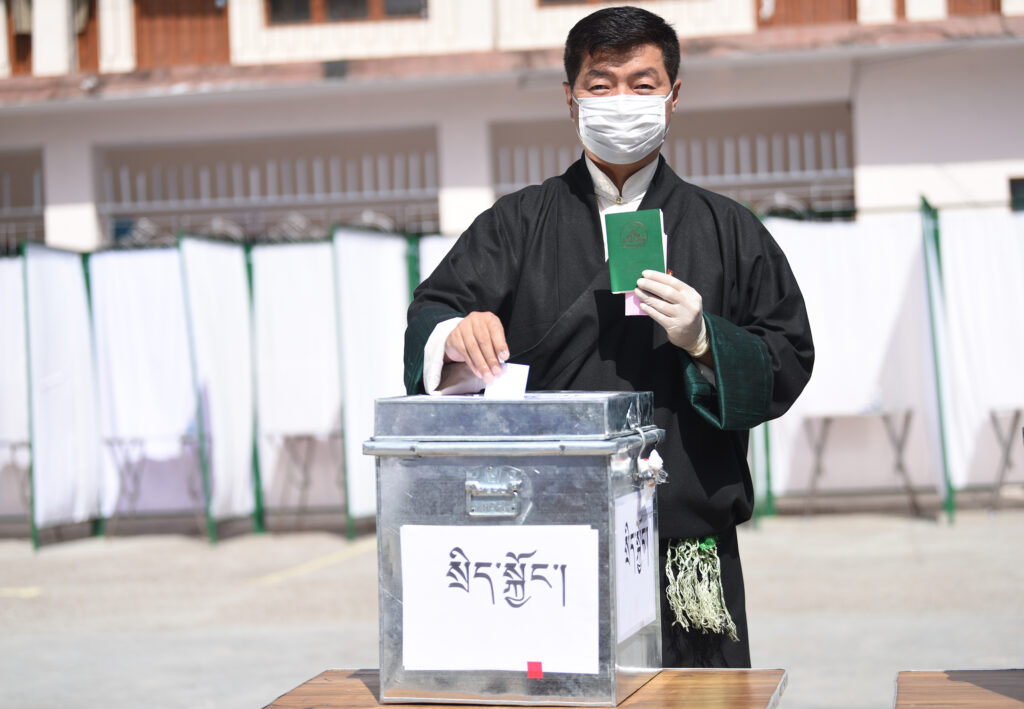 The two final contestants for the post of Sikyong are Penpa Tsering and Kelsang Dorjee Aukatsang, one of whom will take over the reins of the Central Tibetan Administration from the two-term Sikyong Dr Sangay in late May.

As many as 93 candidates are in the run for the 45-seat Tibetan Parliament-in-Exile who represent the three traditional provinces of Tibet, the four schools of Tibetan Buddhism and Bon religion, and the Tibetan communities of North America, Europe and Australasia.

The 2021 general election is the third direct election of the Tibetan leadership since the complete devolution of political authority by His Holiness the Dalai Lama in 2011.

The Tibetan Policy and Support Act of 2020, which became law on 27 December last year, commended His Holiness the Dalai Lama for having “overseen a process of democratization within the Tibetan polity and devolved his political responsibilities to the elected representatives of the Tibetan people in exile.” It further commended Tibetan exile communities around the world for the adoption of a system of self-governance with democratic institutions to choose their leaders.

This success story of the exile Tibetan democracy is a tribute to His Holiness the Dalai Lama’s twin vision of democratizing the exile community to protect its cultural identity and of laying democratic foundations for a future, free Tibet. 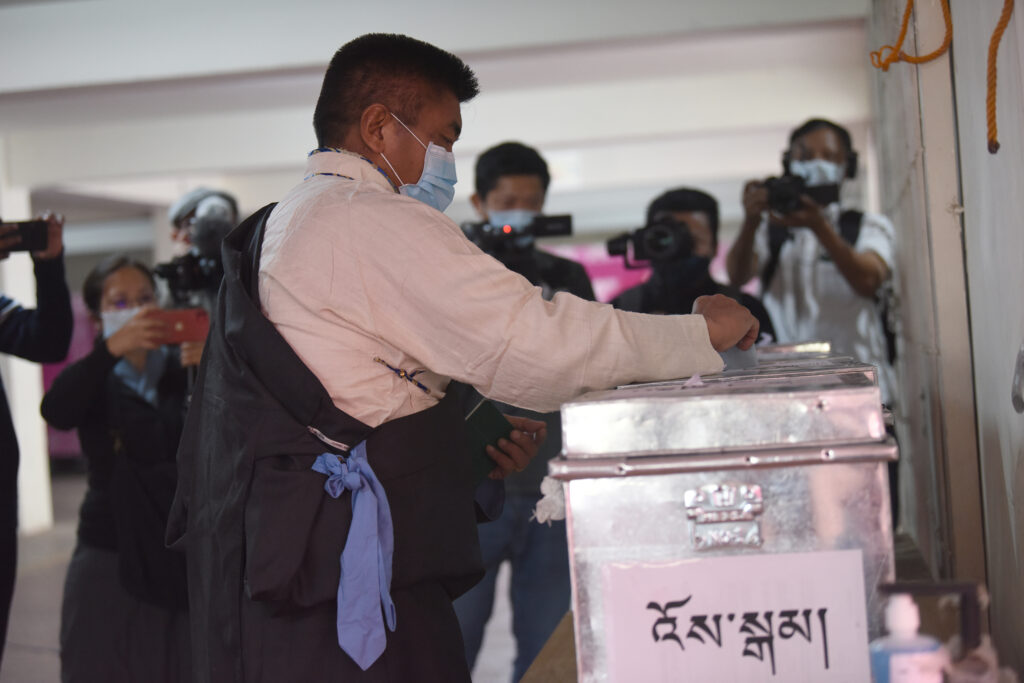 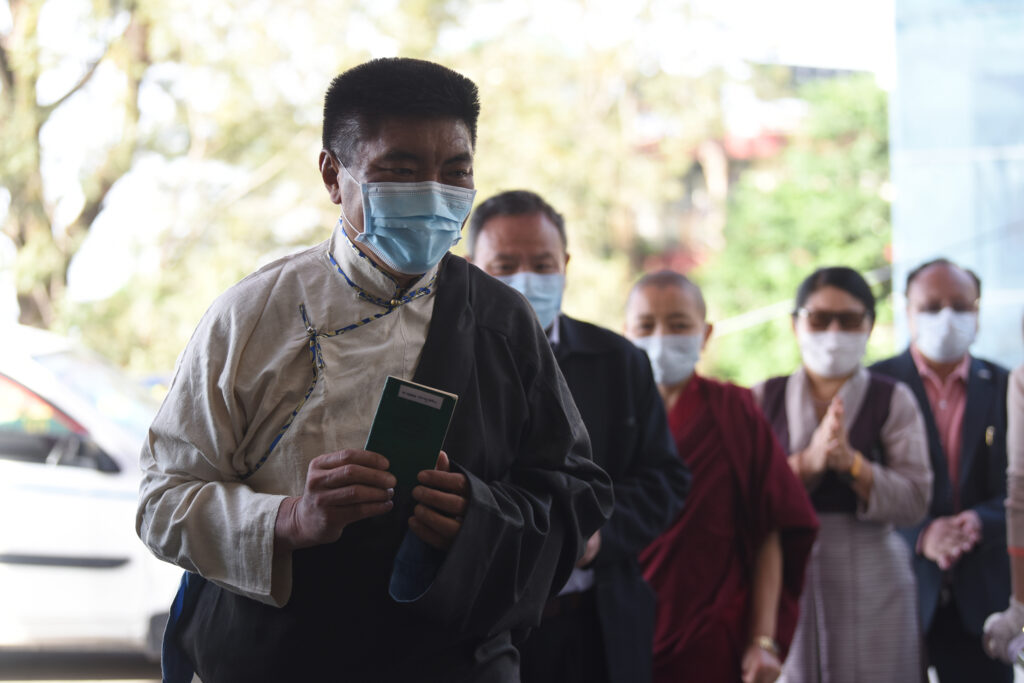 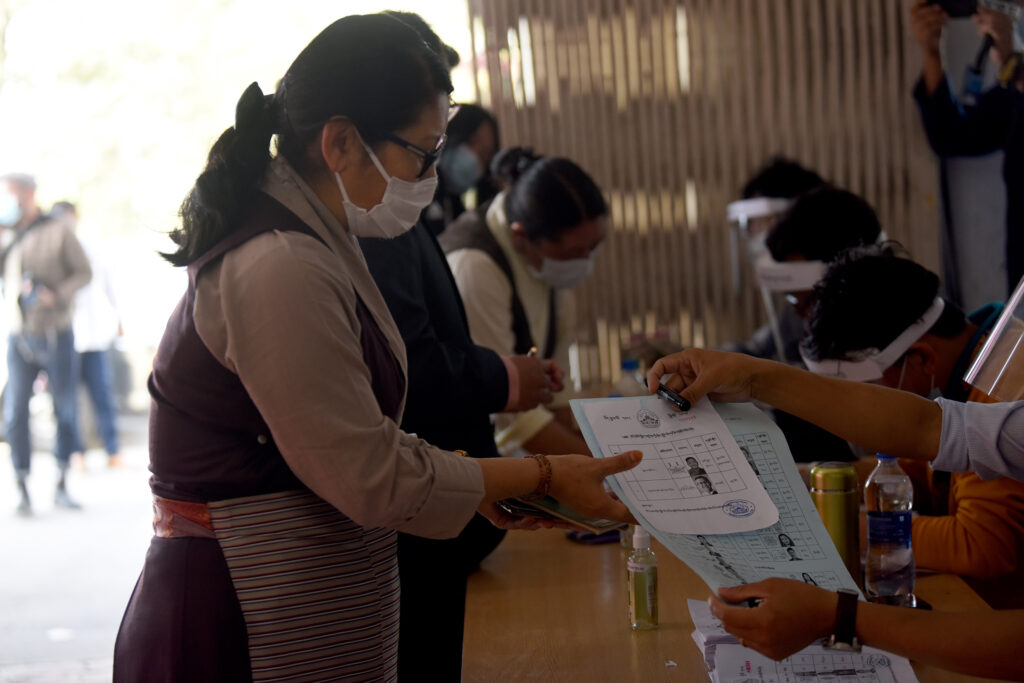 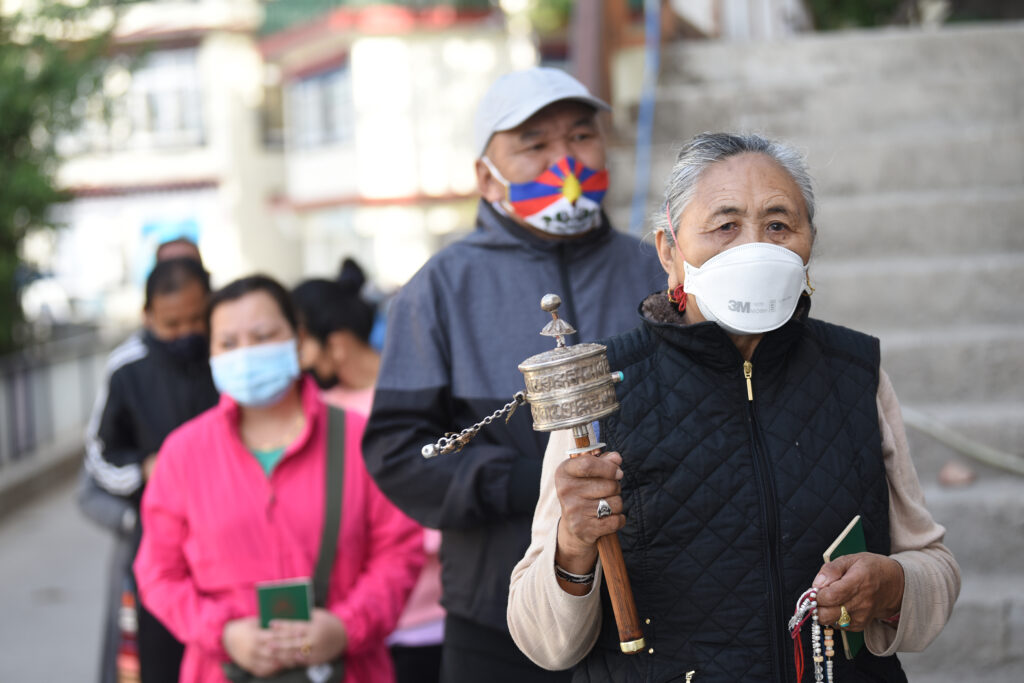 Voters line up at the polling station to vote for the next Sikyong and members of the 17th Tibetan Parliament. Photo/Tenzin Jigme/CTA 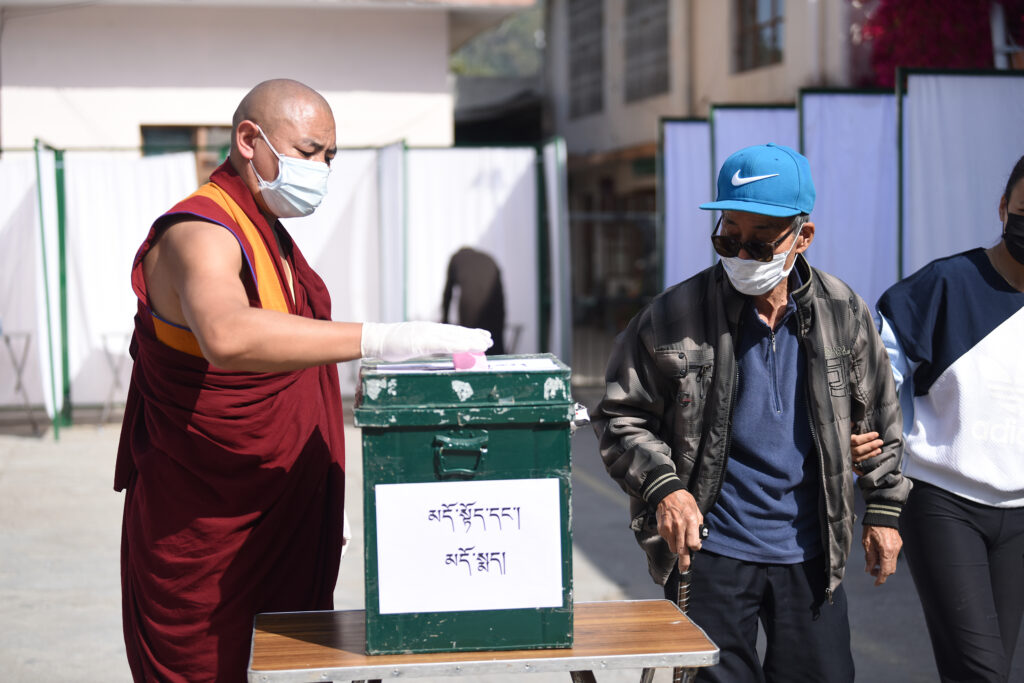 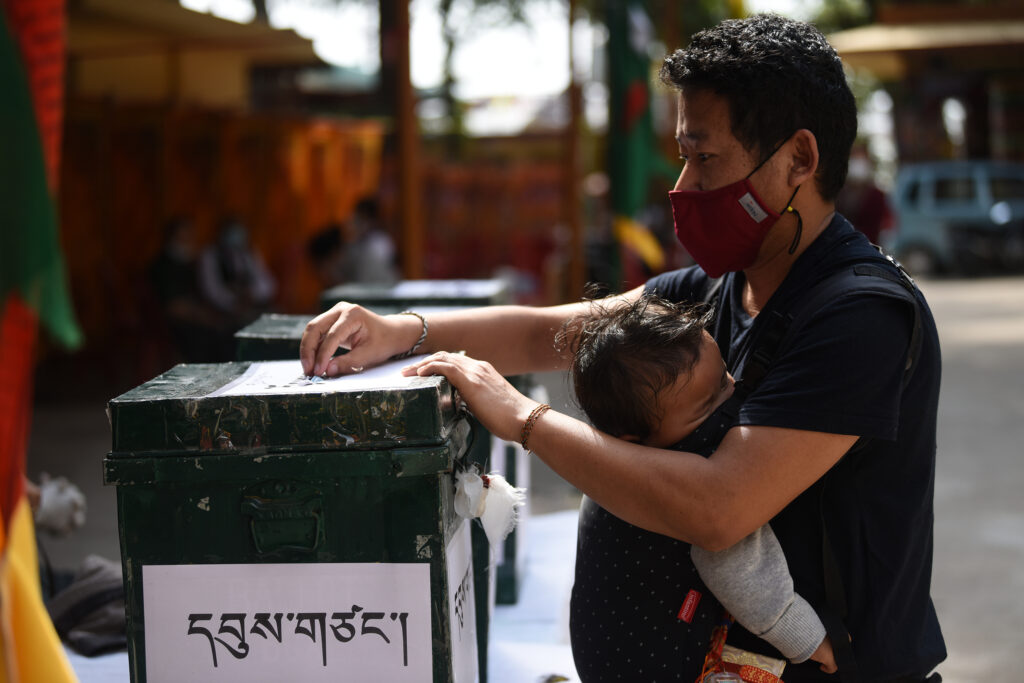 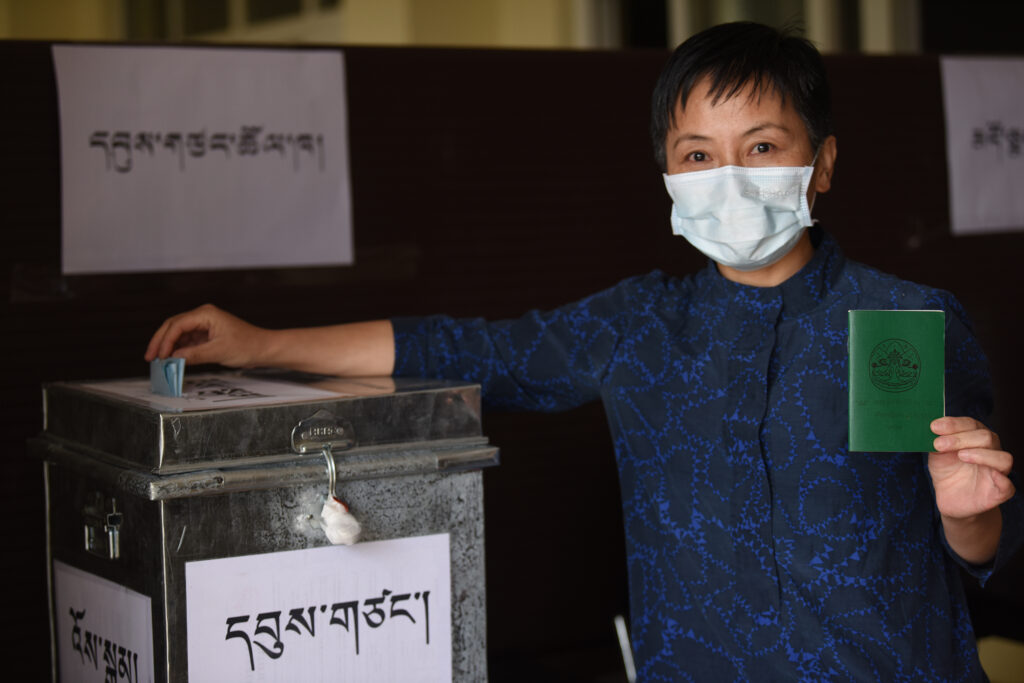