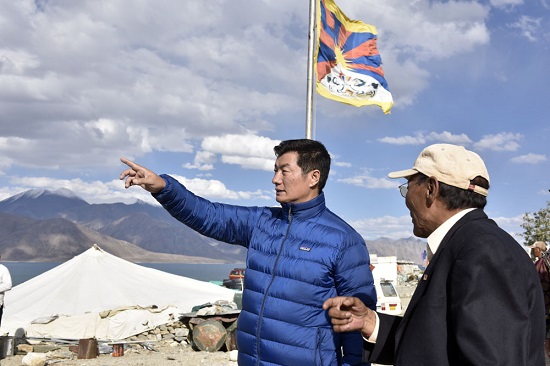 President Dr Sangay arrived at Pang gong region in the afternoon around 04:00 pm of 4 July. Before leaving for the lake, President Dr Lobsang Sangay received a brief audience with His Holiness the Dalai Lama at Leh.

Following sangsol and offering of prayers in the morning of 5 July, President Dr Sangay said, “I came here today to pray for the fulfillment of the long held aspirations of the Tibetan people inside Tibet. The Tibetan people wishes to see His Holiness the Dalai Lama return to Tibet with dignity and freedom restored in Tibet.”

He further said, “Physically, I may be standing just a few meters from Tibet today. However, in terms of political freedom and views, I am still far away from the situation inside Tibet.”

President Dr Sangay then, in a symbolic move, poured some blessed grains that he received from His Holiness into the lake and hoped that these grains will reach Tibet and bless Tibetans inside Tibet as well.

The prayer ceremony and Sangsol was attended by monks of Namgyal monastery and the settlement officer of Sonamling Tibetan settlement in Choglamsar, Ladakh.

After the Sangsol and prayer ceremony, President Dr Sangay returned to Shiwatsel palace in Leh to take part in the 82nd birthday celebration of His Holiness the Dalai Lama. 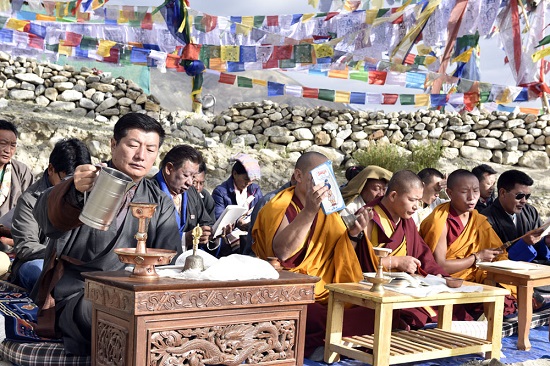 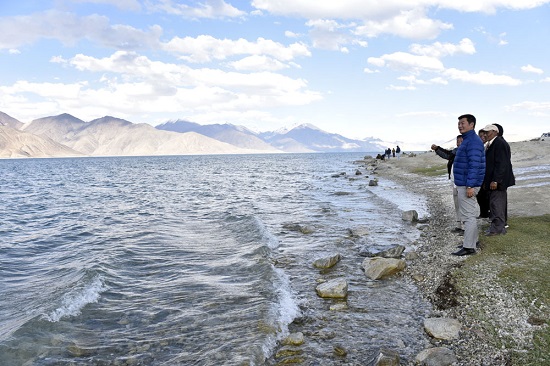 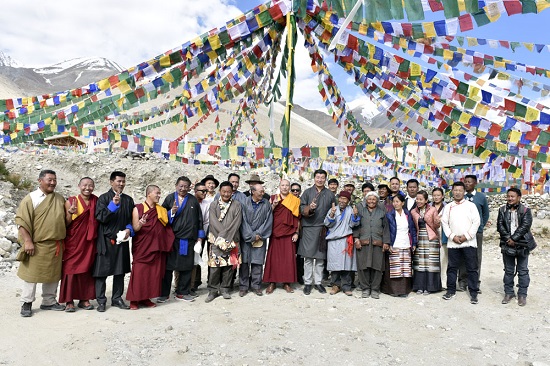 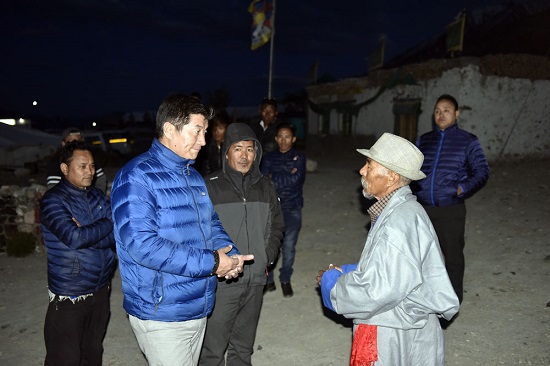