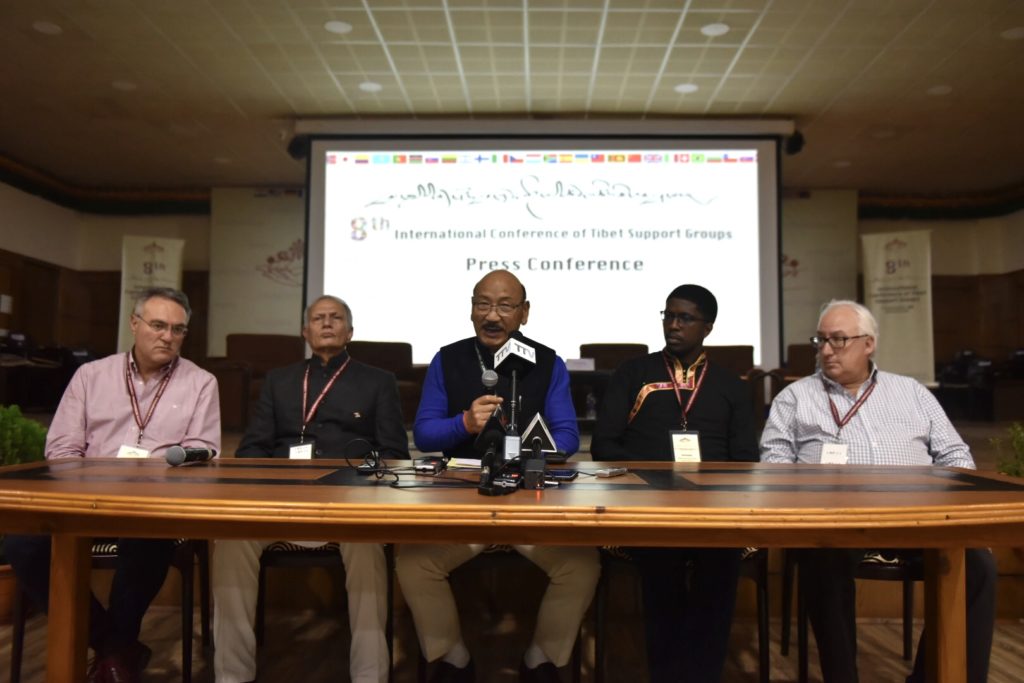 Dharamshala: The high-level meeting of International Tibet Support Groups which convened on 3 November at the CTA headquarters concluded today with a clarion call on the Chinese government to resume the dialogue and engage in earnest negotiations with representatives of His Holiness the Dalai Lama or the CTA without delay among other declarations.

The conference called all the affiliated support groups to consolidate efforts on how to steer the Tibet issue on the forefront in light of the political shifts around the world.

The three-day conference demonstrated deep concern by the TSG members over the worsening situation of Tibet under the PRC and the lack of Chinese counterparts in forging a plausible dialogue based on the Middle Way Approach with the representatives of His Holiness the Dalai Lama or the CTA. The members also appealed to the UN and members of the international community to prompt the Chinese government to enter into negotiations with Tibet so as to reap a mutually beneficial solution.

Meanwhile, the members expressed their admiration for Tibetan’s solid commitment to seek the path of non-violence as the main weapon and said, “We are deeply moved by the courage of the Tibetan people in Tibet in their non-violent resistance to Chinese repression and in their efforts to protect their national identity.”

The issue of reincarnation was discussed in-depth by the members and they unanimously concluded that “all decisions regarding the reincarnation of the 14th Dalai Lama are the exclusive responsibility of His Holiness the Dalai Lama and his Gaden Phodrang Trust.”

“Interference of any form by the PRC will be deemed illegitimate and further be subjected to sanctions by the international community,” they said, adding that they fully support the resolutions passed at the 3rd Special General Meeting of the Tibetans on the reincarnation.

The members solemnly expressed their solidarity to the struggle of Tibetan freedom and also those countries who are equally in the struggle for justice, freedom, and truth that are being blatantly violated under the repressive policies of PRC.

The members also called out those nations in condemnation who despite understanding the magnitude of Tibet’s deploring situation chooses not to stand up to the PRC simply out of fear.

“We deplore the fear displayed by many governments to stand up to the PRC in the face of decades of its gross and systematic violation of fundamental human rights and freedoms in Tibet and in East Turkestan (Ch. Xinjiang) as well as in Southern Mongolia (Inner Mongolia), and currently, in the face of sustained protests, also in Hong Kong. Instead of firmly acting on the side of truth and justice, those governments and a number of corporate actors betray our core values of democracy, rule of law, self-determination and human rights in pursuit of commercial gain. Similarly, they fail to challenge the PRC’s attacks on those very values and the institutions that embody them in our own countries. We are determined to expose such betrayal of and attacks on our values and will forge powerful coalitions and alliances to do so,” voiced the members.

The three-day conference also outlined 8 priority Action Plans along with series of recommendations to be effectively considered and implemented by governments.

In the view that Tibetan plateau playing a critical role is now facing the danger of climate change which not only poses a threat to the health and sustainability of Tibetans but of the entire world. The members, therefore, jointly proposed to include Tibet into the debate of this most urgent issue of time.

The members also agreed upon the protection and preservation of the Tibetan language as imperative on the ground that the Tibetan Buddhism is the gateway to the understanding of the mind and of human behavior, including the generation of love and compassion and other qualities essential to human happiness.

Chief Guest Mr. Ajai Singh, President of Indo Tibet Friendship Association during the valedictory session today delivered the concluding remarks in which he highlighted that call for freedom of Tibet must reach every corner of the world triggering from every province, district, and states of every country.

“For the people inside Tibet who are undergoing such hardships and suffering, we have to let them know that we are working hard for them,” he said.

Adding further he said, “Our objective is very noble. it is a wonderful great aim so we are bound to succeed. With this determination that we can and we will succeed.” 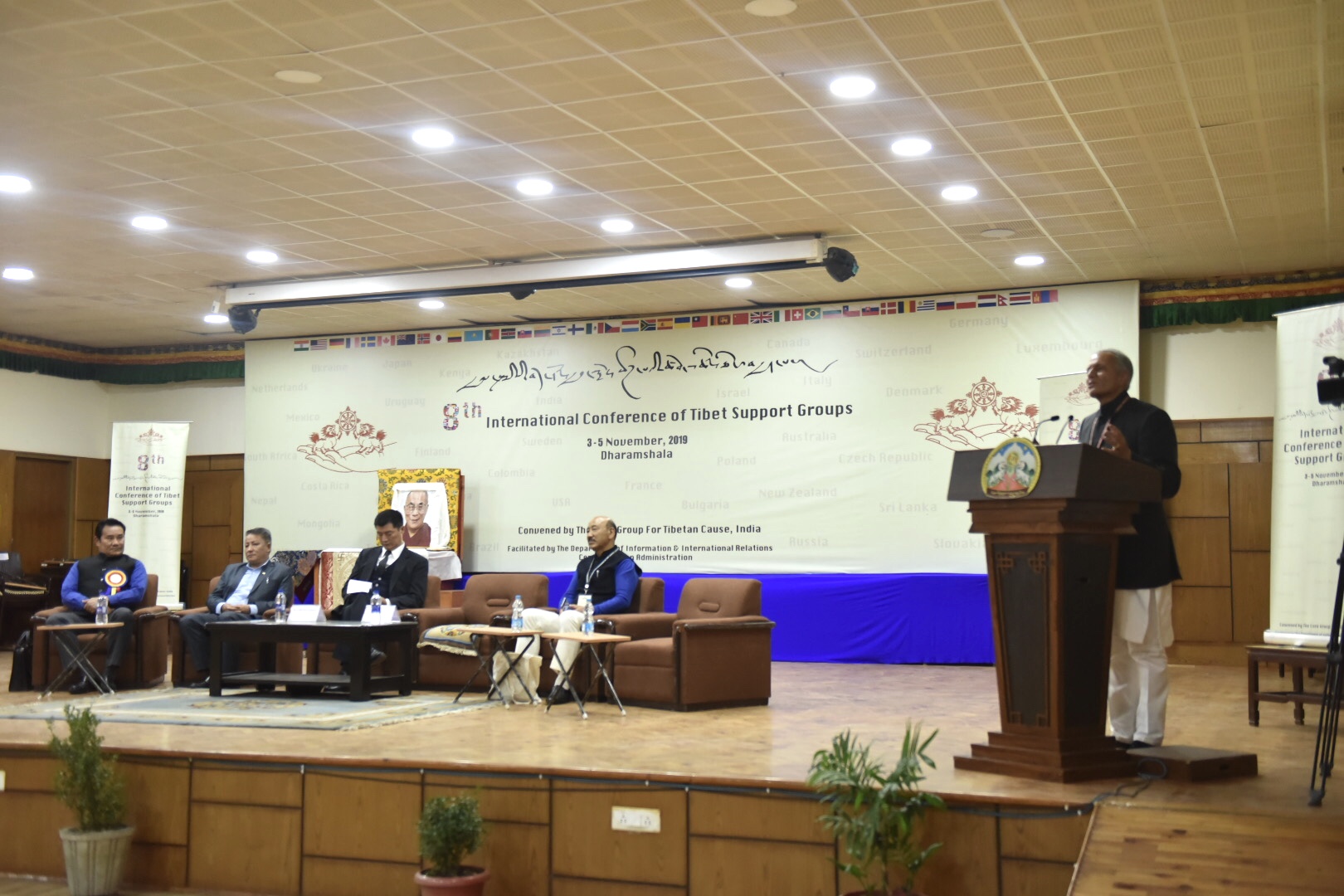 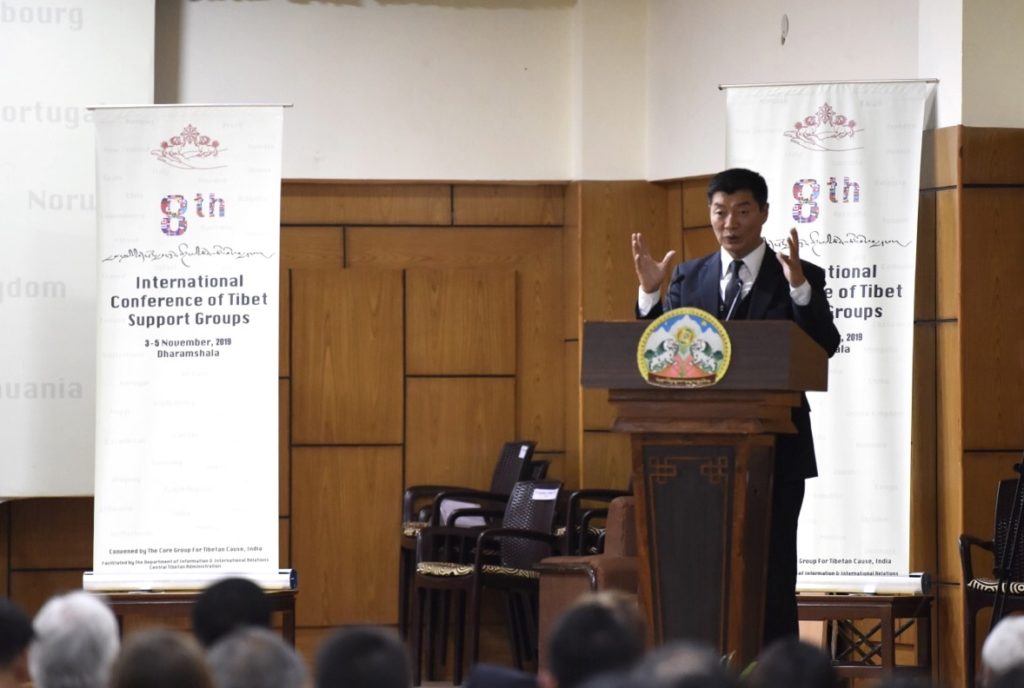 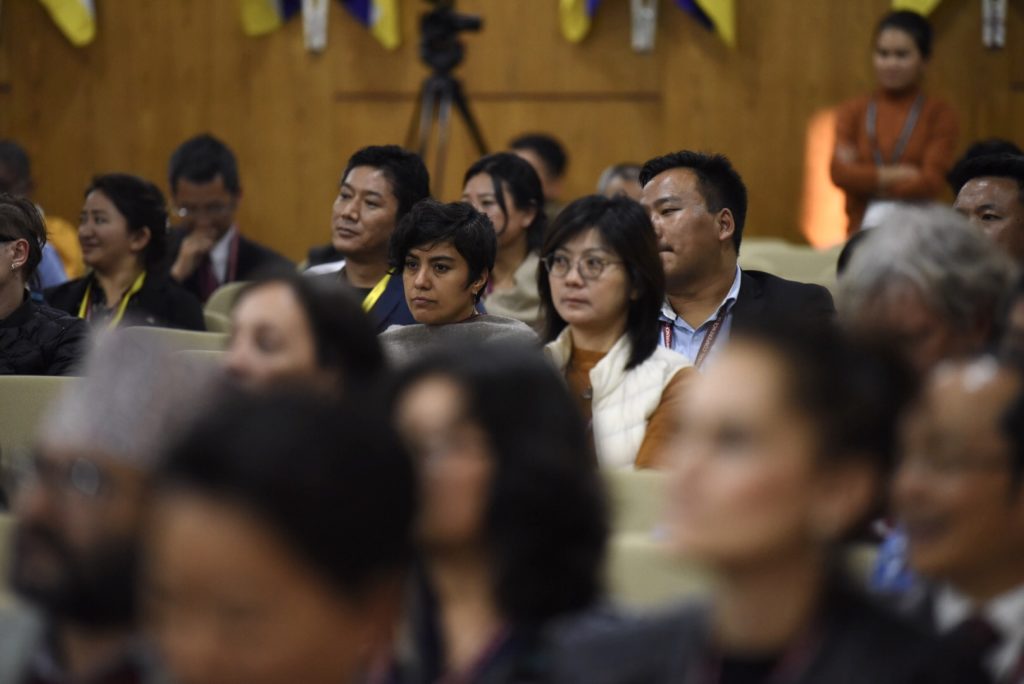 Some of the 180 Tibet supporters from 42 countries at the 8th International TSG conference. 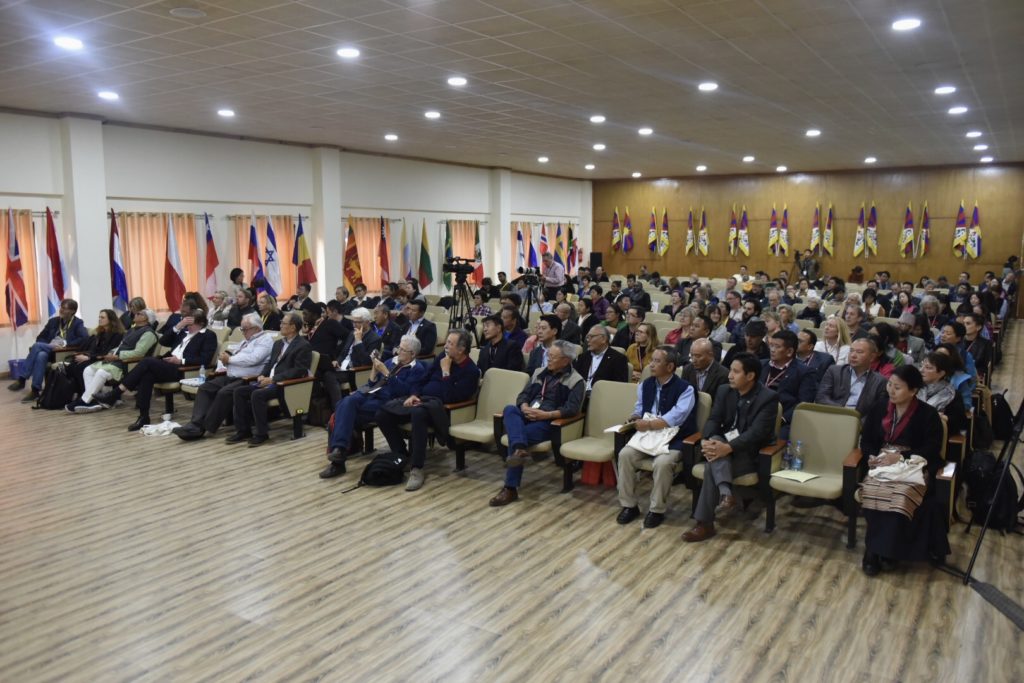 Members of the 8th International TSG conference during the valedictory session. Photo/Tenzin Phende/CTA