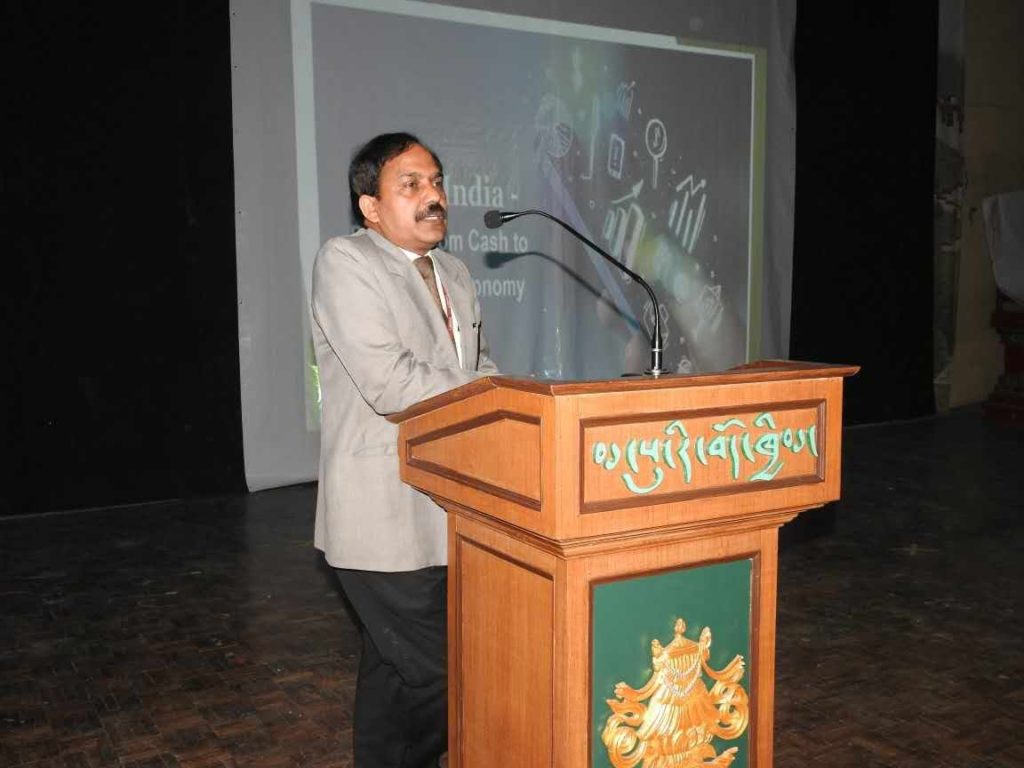 The schools participating in the exhibition are CST Kalimpong, CTS Herbertpur, CST Selakui, TCV Selakui, THS Rajpur and THS Mussoorie. A total number of 37 students and 9 escorts from the 6 schools are taking part in the exhibition. The objective of the exhibition is to provide platform for the children to inculcate creativity, innovation and inventiveness. Through this exhibition children are also made aware of the environmental issues and concerns.

The exhibition started with a Seminar on Digital Transaction: Promises and Challenges on 19th June. The Chief Guest of the Seminar was Mr. Karma Chungdak, General Secretary of THF Mussoorie and Mr. Azaad Singh, Scientist and IT Trainer at LBSNAA Mussoorie as an expert speaker of the Seminar. The school heads from neighbouring schools were also present during the Seminar. The welcome speech by Dr. Passang Dhondup, Principal of THS Mussoorie was followed by introductory speech from Mr. Tenzin Dorjee, Head of Traditional and Modern Academic Section of DoE. After that a 10-minute presentation on “Digital transactions” was given by each school. The presentation was followed by expert talk on the topic by Mr. Azaad Singh. His talk focuses on the importance and benefits of digital transaction, digital India initiatives and safety measures to be taken care of while performing digital transaction. He also answered the questions put up by the students. An Open Quiz was also conducted to bring awareness about Digital Technology and Sustainable Development. In his concluding remarks, Mr. Karma Chungdak gave an enriching and inspiring talk on various issues ranging from education to learning, technology to modernization. He particularly reminded the Tibetan children about the importance of learning. He said, “Tibetan children are sent to schools and Tibetan schools are established separately to make you all learned persons not just educated persons”. Later in the afternoon the exhibits were evaluated by panel judges. The best six exhibits will be sent to NCERT for the participation at the 45th JNNSMEE – 2018 to be held later in the year. 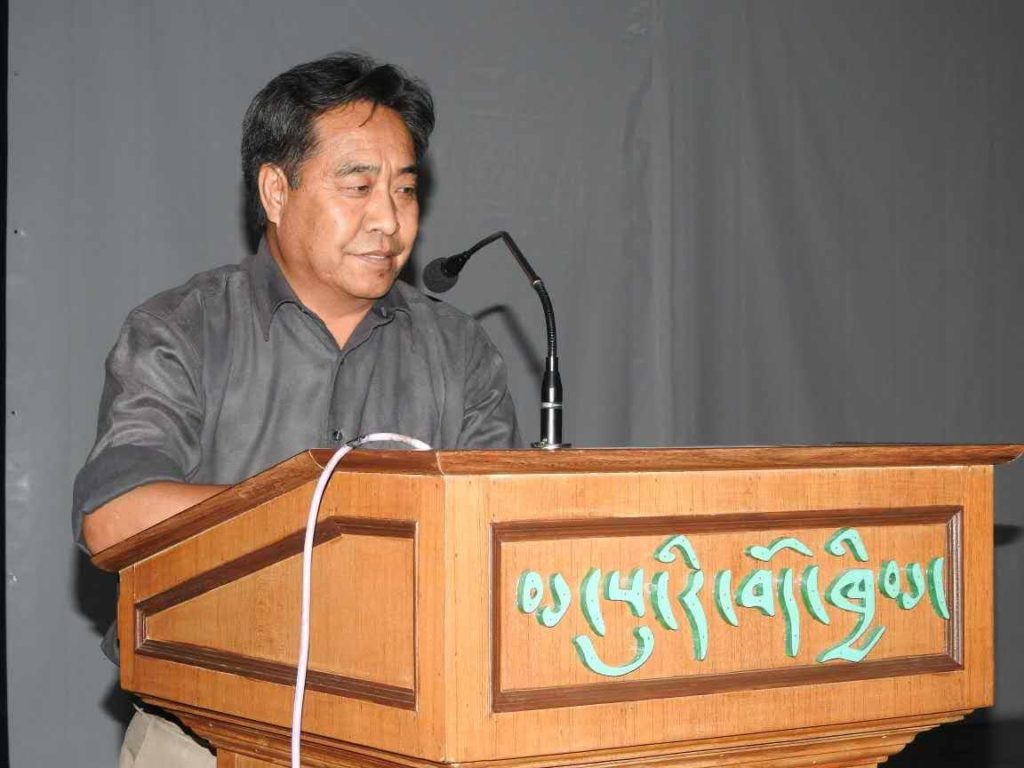 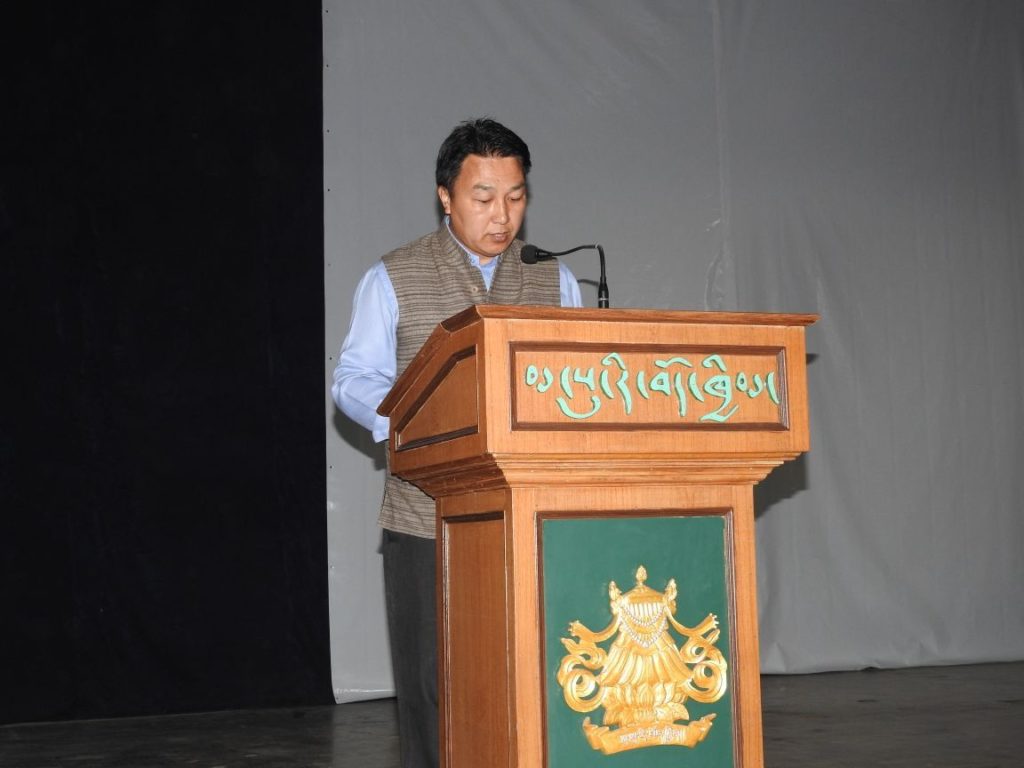 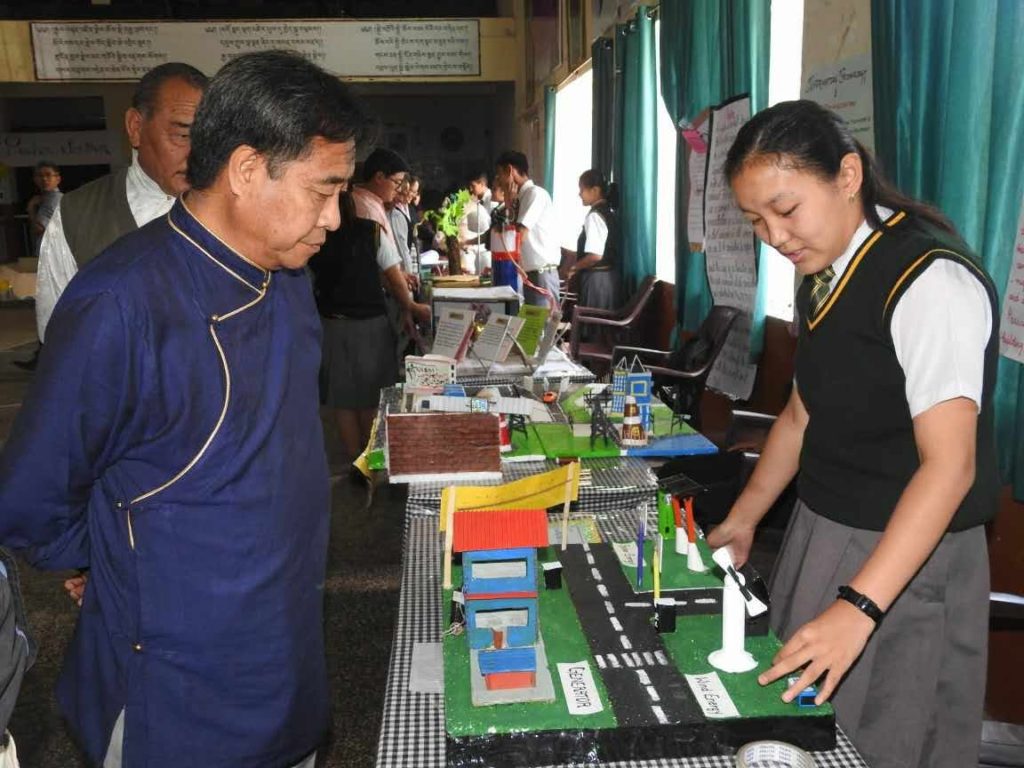 One of the participants introducing her exhibit to the chief guest 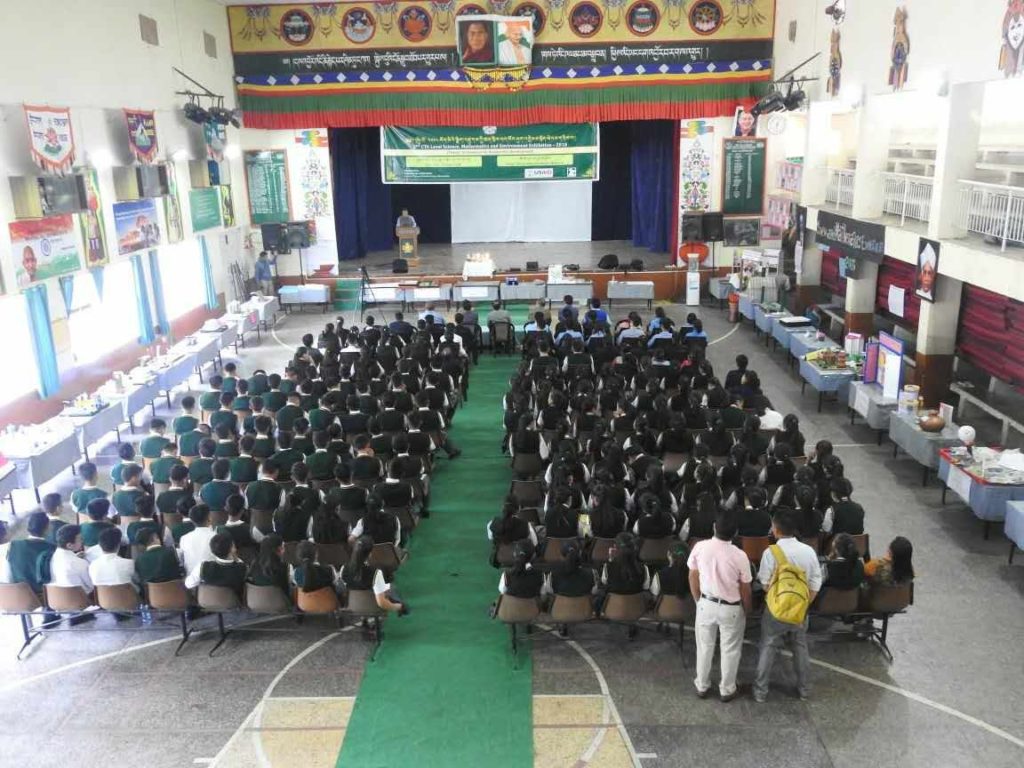